How Arkansas officials, businesses have responded to Biden’s vaccine mandate 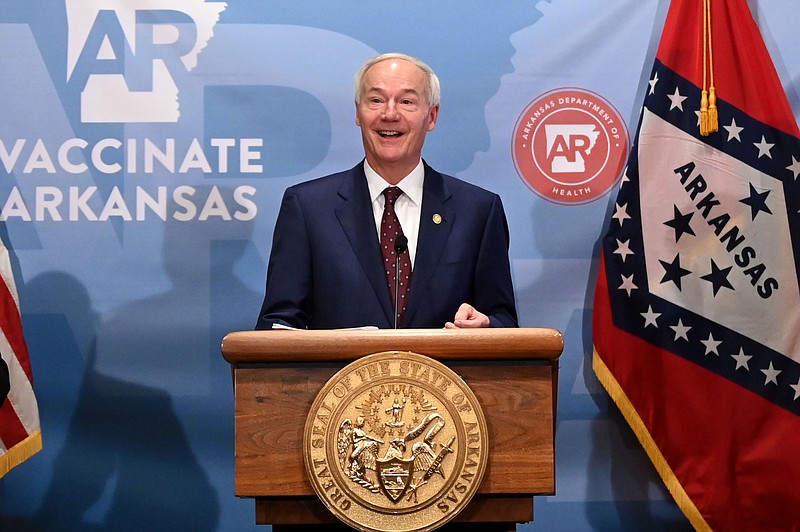 Governor Hutchinson addresses the media during a weekly address on the state's response to COVID-19 on Tuesday, Sept. 14, 2021. See more photos at arkansasonline.com/915gov/..(Arkansas Democrat-Gazette/Stephen Swofford)

President Joe Biden issued a vaccine mandate that will cover millions of Americans, including thousands in Arkansas.

State officials and business leaders have responded to the move, with many calling the decision federal overreach.

What exactly did Biden mandate?

How have business leaders responded?

Randy Zook, the longtime president and chief executive officer of the Arkansas State Chamber of Commerce, called the move significant. He also said he believes it will hold up to a legal challenge.

Two of Arkansas’ largest companies, Walmart and Tyson Foods, already had some degree of vaccine requirements in place.

Walmart Inc. was requiring employees who work at its Bentonville headquarters and those who travel frequently within the U.S. to get vaccinated by Oct. 4 and encouraged store and supply chain workers to get vaccinated, but hadn’t required it.

Tyson Foods also instituted a vaccination mandate for its workforce.

How have state officials responded?

Gov. Asa Hutchinson said although he encourages everyone who is eligible to get vaccinated, he believes Biden’s order is federal overreach and will increase division over vaccines.

Attorney General Leslie Rutledge, who is also running for governor, tweeted last week that no one "should be forced to get the vaccine” and indicated Tuesday that she plans to try to block the rule through the courts. Hutchinson said he supports a challenge.

Secretary of State John Thurston, who is running for re-election, said he will not obey the order for his own staff, requiring neither vaccinations nor weekly testing.

You can also sign up for our coronavirus newsletter here.