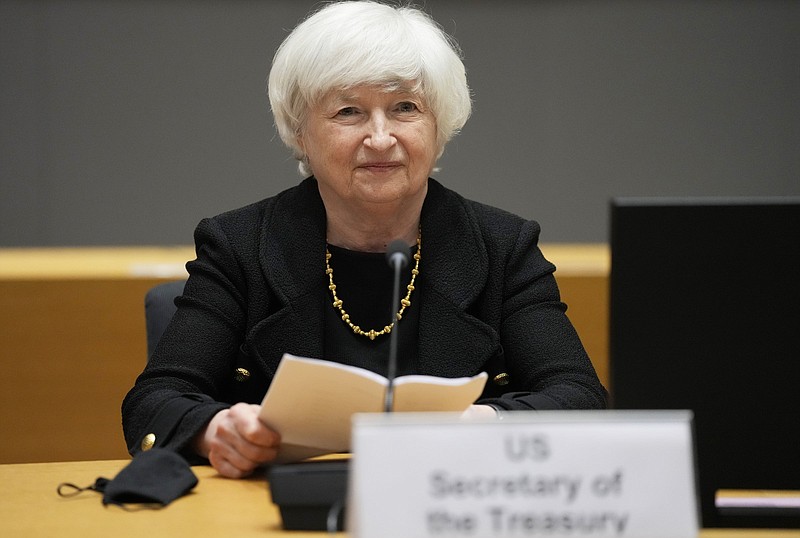 FILE - In this July 12, 2021 file photo, U.S. Treasury Secretary Janet Yellen prepares to speak during a meeting of eurogroup finance ministers at the European Council building in Brussels. Yellen told Congress on Friday, July 23, that she will start taking emergency measures next week to keep the government from an unprecedented default on the national debt. (AP Photo/Virginia Mayo, File)

House Democrats could initially hold off on sending a $550 billion infrastructure bill to President Joe Biden's desk as they try to keep the party united and his economic agenda on track, Rep. John Yarmuth said Sunday.

Yarmuth, the chairman of the House Budget Committee, suggested such a maneuver could be part of Speaker Nancy Pelosi's balancing act between moderates, including backers of the Senate-passed plan, and progressives who want to keep a bigger tax-and-spending plan moving forward in tandem with the infrastructure bill.

House Democrats are still planning for a Sept. 27 vote on the infrastructure bill, though completion of both bills will probably be delayed until early October, Yarmuth said on "Fox News Sunday."

"The speaker, if we pass it in the House, does not actually have to send it to the president for signature," the Kentucky Democrat said. "She can hold on to that bill for a while. So there's some flexibility in how we mesh the two mandates."

Democrats have been drafting policy details, including those to carry out Biden's call for tax increases on companies and high-earners. But party leaders have faced opposition to the target spending amount of $3.5 trillion, with Sen. Joe Manchin, D-W.Va., saying he would not support such a measure.

Yarmuth said he suspects the number will end up being "somewhat less" than $3.5 trillion.

Treasury Secretary Janet Yellen called for Congress to raise or suspend the debt ceiling, saying the government will otherwise run out of money to pay its bills sometime in October.

Writing in a Wall Street Journal opinion piece, Yellen said that "the overwhelming consensus among economists and Treasury officials of both parties is that failing to raise the debt limit would produce widespread economic catastrophe."

A U.S. default "would likely precipitate a historic financial crisis that would compound the damage of the continuing public health emergency," throw the U.S. into recession and leave it a "permanently weaker nation," she said.

"Neither delay nor default is tolerable," and lawmakers must act quickly, Yellen added.

House Majority Whip James Clyburn, D-S.C., signaled he's ready for Democrats to go it alone, after saying in a Bloomberg Television interview last week that Republicans should join with Democrats to pass an increase in the debt limit.

Asked on CNN's "State of the Union" whether he's fine with a Democrat-only vote to raise the debt ceiling, he said: "No, I'm not fine with that. But if that's what it takes, that's what it will take."

Yarmuth said he doesn't think there's a decision yet on whether to combine a vote on the debt ceiling with a continuing budget resolution that's needed to avert a government shutdown.

"I personally would like to see a clean vote on the debt ceiling so that Republicans actually have to go on the record on that vote only and not mix it with a funding measure, but ultimately the most important thing is to get both of them done," he said.

Information for this article was contributed by Tony Czuczka of Bloomberg News (TNS). 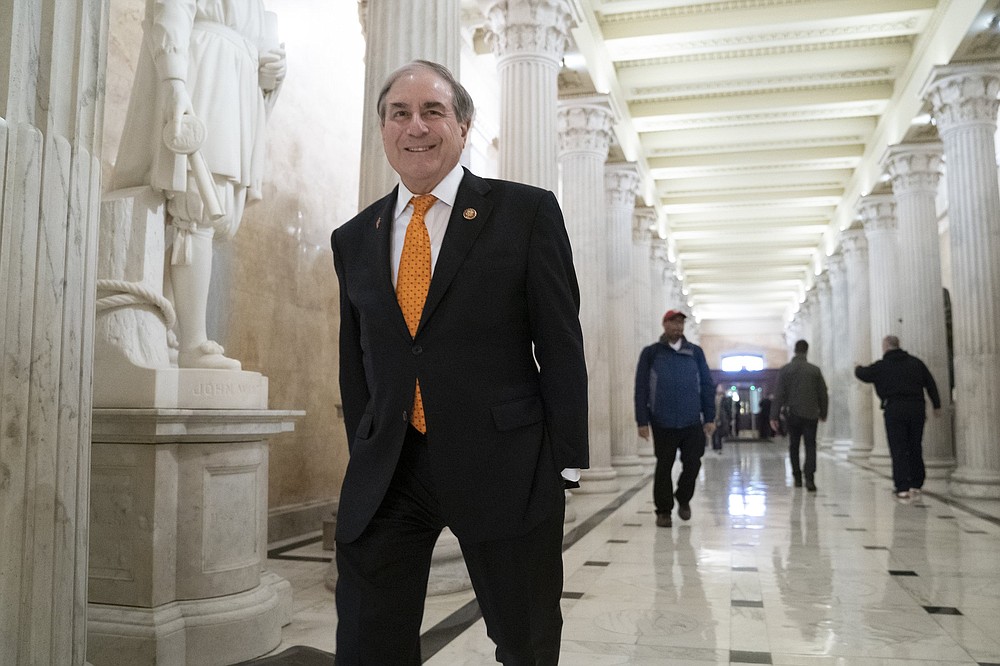