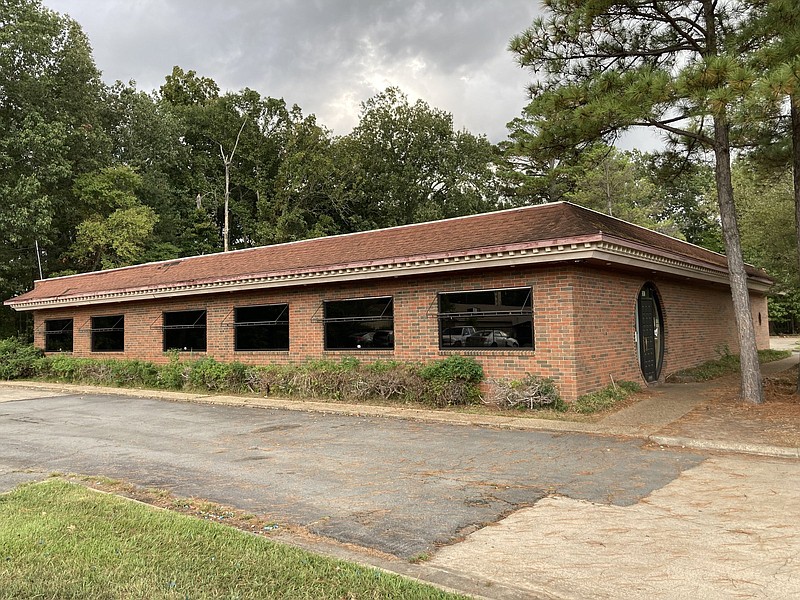 Interim Police Chief Lloyd Franklin Sr. has been asked by Mayor Shirley Washington to transfer the liquor license he has for the 410 Lounge (shown here) to someone else. (Pine Bluff Commercial/Byron Tate)

Complaints about a restaurant and lounge that is partially owned by interim Pine Bluff Police Chief Lloyd Franklin Sr. will apparently lead him to give up his liquor license for the business.

The complaints about the 410 Lounge, located at 303 W. 31st Ave., include loitering, the lounge being over capacity and cars lining the streets around the business, according to the state's Alcoholic Beverage Control agency.

Two enforcement officials with the agency traveled to Pine Bluff on Sept. 10 to discuss the complaints with Franklin and his boss, Mayor Shirley Washington. Franklin and Washington were receptive to the agency's concerns, said Greg Sled, director of the ABC's Enforcement Division.

"We have been assured the chief will take care of the situation," said Sled, one of the two agents who came to Pine Bluff. "We'll give them some time to take care of this."

Washington, however, said she was not pleased with the turn of events and had discussed the matter with Franklin.

"I told him I didn't think it looked good," she said Saturday. "I asked him to have the liquor license transferred out of his name. He said he would do that. I talked to him about this as late as Friday."

On Thursday, Franklin defended himself and his business connection with the lounge, saying his daughter owns and operates it.

"That belongs to my daughter," he said. "She's the owner, she manages it and she maintains the property."

The reason the liquor license is in his name, he said, was because his daughter was unable to apply for it in her name.

A review of publicly available documents shows that Franklin was the lead incorporator in a limited liability company called LAF Holdings Inc., according to the Arkansas Secretary of State's website. It shows Franklin's son, Lloyd Franklin Jr., as a manager. On the actDataScout site, which is used by Jefferson County as a database for the county's real estate property listings and tax information, LAF Holdings is shown as the owner of the lounge.

The ABC also confirmed that a liquor license for the lounge is under Franklin's name. Other ABC paperwork lists Franklin as "owner" of the "private club."

In a follow-up call on Sunday, Franklin clarified the question about the club's ownership saying that his daughter, Shavonn Franklin, was included in the incorporation of LAF Holdings and that he thought he had included himself as secretary of the company. He also confirmed that he is part owner of the business.

Franklin said he was aware of the complaints about the lounge and had received some of them himself. He also claimed that some members of his own police force had been looking for information about him.

Franklin said he had not said anything to the officers who had been looking into him or otherwise expressed disapproval.

"The reason for that is that I love Pine Bluff," he said. "I'm here for one reason and that is to focus on violent crime in Pine Bluff and I will not be deterred from that focus."

The question of whether a police officer or, in this case, a chief can hold a liquor license without creating a conflict of interest is up for debate.

If there are complaints or trouble regarding a bar in Pine Bluff, for instance, it's up to the police to look into those problems. The same department would then answer to a chief who is connected to one of those establishments.

And if a person wants to open a bar or restaurant that serves alcohol, the police chief, in this case one who is connected to a competing business, is asked by the ABC to make a written statement on whether the chief approves or disapproves of the business having a liquor license and why, according to the agency.

Franklin said he did not think it was a conflict of interest for him to be so closely associated with the 410 Lounge.

"You can ask any officer. I have told them all to treat these calls [about the 410 Lounge] like any other calls we get," he said.

Washington said she had looked into the situation to determine if Franklin's connection to the lounge created a conflict of interest and she said she did not believe it did. She said she had been unaware of Franklin's association with the business until the ABC called her.

Princess Danzy, the ABC's supervisor over the southern half of the state and a former Pine Bluff police officer, said she thought Franklin's possession of the liquor license could be problematic.

"To me, my personal stance is that's a conflict of interest," said Danzy, who accompanied Sled when the two met with Franklin and Washington. "That should be somewhat illegal, but I'm not a lawyer."

Had she known more about Franklin's association with lounge, Washington said she would have given his selection as interim police chief more thought. Washington named Franklin to the position toward the end of July.

"I'm not saying I wouldn't have chosen him," she said. "But I would have given it more consideration. As it stands, I didn't give any of that any consideration because I didn't know about it. I had no idea."

The mayor said she would like Franklin to transfer the liquor license quickly.

"Hopefully, it's done by next week," she said Saturday. "I don't know how long it takes to do this, but I asked him to be expeditious about it."

Franklin said Sunday he didn't have a problem with transferring the license to another person, although he said he wasn't sure yet who that would be.

Washington reiterated that Franklin's position was temporary and that she was eager for the City Council to raise the pay for the police chief position so she could start advertising the job again. A previous candidate was offered the position, but he didn't accept it because the pay was less than he wanted.

Washington said the main complaint with the 410 Lounge was lack of parking. She said Franklin was trying to work with a business that owns a nearby parking lot that could possibly be leased for the use by the lounge's patrons.

Franklin's position as police chief and as liquor license holder may also run afoul of the police department's conduct policy manual, which says officers can't be involved in any employment "involving the sale, manufacture or transport of alcoholic beverages as the principal business." Such an infraction, if there was one, would be a police department matter, not an ABC infraction, although as police chief, Franklin would be involved in the enforcement of such a policy. The lounge's Facebook page shows a menu, and customers have commented on the food served.

Asked what action the ABC takes when complaints are not adequately addressed, Sled said that typically the department handles such matters administratively. Repeated problems, however, could lead to the loss of a liquor license, he said.

"It's a privilege to have a liquor license," Sled said, "and if you're not following the law, you risk losing that license."

Scott Hardin, a spokesperson with the ABC, said Friday he was unable to find the report on the complaint about the 410 Lounge but confirmed that ABC agents had an "active investigation" in regard to the establishment and that the agents had "recently" looked into the situation.