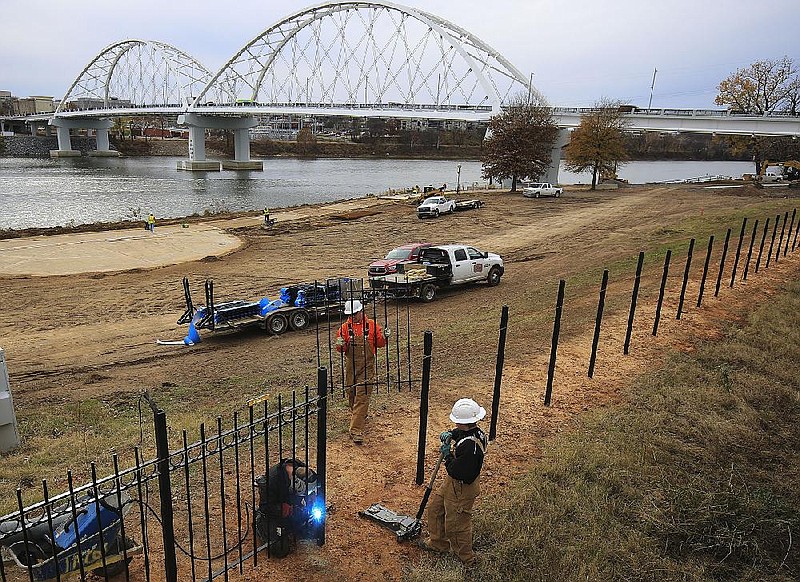 Carefully billed as the first event of its kind "to be held at North Little Rock's Riverfront Park," the Pulaski County Fair will kick off Sept. 29 for the first time in about a century.

While it may not be Pulaski County's first-ever fair, organizers hope the county's humble carnival can grow into a regional draw to the north bank of the Arkansas River.

Announced with just a few months of short notice, one of the fair's organizers, Stan Jackson, said this year's event will be "fairly small" but will grow into a larger annual event. Given its the first year and planned on short notice, organizers said they don't expect a massive turnout.

"We are looking at this as a soft opening, you know, to bring in something that is interesting and will be fun, but it's not an enormous production," said Jackson, a special events coordinator for the city of North Little Rock.

Compared to the Arkansas State Fair, which is coming to Little Rock on Oct. 15, the Pulaski County Fair will be a much smaller, more carnival-like event. There will still be plenty of rides, games, food and music, but no livestock or contests.

"The state fair is such a big event anyway, you know? I don't think there's no competition," said Ralph Shoptaw, a consultant for the Pulaski County Fair and former general manager for the Arkansas State Fair. "This is a pretty small event and is not near as large as the state fair."

Organizers have tapped Fun Time Shows to run the fair, which is taking place on such short notice because of the company's availability, Jackson said.

Masks and social distancing will be advised for those attending the fair. Organizers are hoping the location, Riverfront Park in downtown North Little Rock, may mean the fair's biggest attraction is its convenience.

While marketed as a county fair, the event is one that was born in North Little Rock as a way to draw people to the city. The decision to revive the old county fair was an idea years in the making in hopes to add another draw to North Little Rock's riverfront.

Jackson said North Little Rock officials also looked at Burns Park as a possible location for the fair but settled on Riverfront Park given its proximity to Argenta and downtown Little Rock.

A portion of the proceeds will go to North Little Rock Parks and Recreation.

While Simmons Bank Arena and Riverfront Park have hosted numerous concerts, city officials have been looking for something besides music to draw people into the city.

"If you can capture, from a tourism standpoint, anybody who comes and stays in the metro area, then that's a win," Jackson said. "It's just one more thing that you could potentially look at on an annual basis."