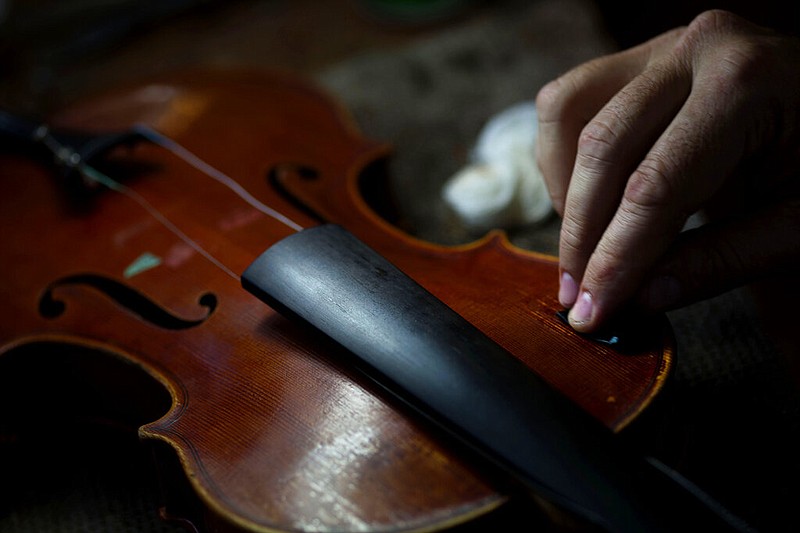 The Southeast Arkansas Concert Association is returning to live events for the 2021-22 season, according to a news release.

A SALUTE TO THE TROOPS

The season will begin with "A Salute to the Troops" at 2 p.m. and 7 p.m. Oct. 9 at the University of Arkansas at Monticello (UAM) Fine Arts Center. This American variety show celebration will feature local artists such as Charles Graham, Clay Young and Yvonne Shelton.

The event is a membership drive and a fundraiser for the association, which is in its 45th year of providing cultural programming for residents in Ashley, Bradley, Chicot, Desha, Drew, Cleveland, and Lincoln counties.

Tickets for A Salute to the Troops are $20 for adults and $15 for children 12 and younger. Veterans and military service members may attend for free.

Masks are required for all events at the UAM Fine Arts Center, according to the release.

At noon on Oct. 16, people are invited to UAM's Homecoming Tailgate Party with Rodney Block & the Love Supreme.

"Enjoy Mr. Block, who is a Dumas High School and UAM alumni, and his smoking hot jazz combo," a spokesman said.

This is a free event. Masks are encouraged, but not required for outdoor events.

"'Music is truly universal. It's spiritual," said Block, regarded as one of Little Rock's best trumpet players and most iconic jazz artists.

A musical production of a "Pirates of Penzance" review will be performed at 7:30 p.m. Nov. 12 at the UAM Fine Arts Center.

Kent Skinner directs the Arkansas Symphony Orchestra and opens the event for outside voices from the community to join his UAM Concert Choir and invited soloists in Pirates of Penzance.

Tickets are $20 for adults, $18 for veterans and $15 for children 12 and younger. Anyone interested in singing may contact Skinner at skinner@uamont.edu. Masks are required to enter the Pirates of Penzance performance.

CHRISTMAS AROUND THE WORLD

People are invited to get into the holiday spirit at 3 p.m. Dec. 5 with "Christmas Around the World" by the West Edge String Quartet. This award-winning Christmas album is performed live on stage at the UAM Fine Arts Center.

Kermit Poling, conductor of the South Arkansas Symphony Orchestra, plays first violin in this group. Tickets are $20 for adults, $18 for veterans and $15 for kids children 12 and younger. Masks are required.

The concert association welcomes Tuba Skinny at 7 p.m. Jan. 22 to the UAM Fine Arts Center. Formed in 2009, Tuba Skinny evolved from street musicians into an ensemble dedicated to bringing the traditional New Orleans sound to audiences around the world, according to the release.

"Drawing on a wide range of musical influences -- from spirituals to Depression-era blues, from ragtime to traditional jazz -- their sound evokes the rich musical heritage of their New Orleans home. The band has gained a loyal following through their distinctive sound, their commitment to reviving long-lost songs, and their barnstorming live performances," according to the release.

A dance floor may be in evidence at the event. Tickets are $20 for adults, $18 for veterans and $15 for children 12 and younger. Masks are required.

The annual Southeast Arkansas Concert Association Musical is back. The community is invited to join the association from March 7-12 for "The Little Mermaid," a junior community theatre production at the UAM Fine Arts Center.

"The Little Mermaid is the most refreshing musical story that will ignite your imagination, stir your desire for adventure and restore your love for live performance," Director Kathy Lyon said. "This is sure to be one of our best-ever musical theatre productions."

Thirteen shows are scheduled. Six of those are free to southeast Arkansas third-graders though the Schools Majoring in the Arts program. Tickets are $25 for adults, $20 for veterans and $20 for children 12 and younger. Masks are required.