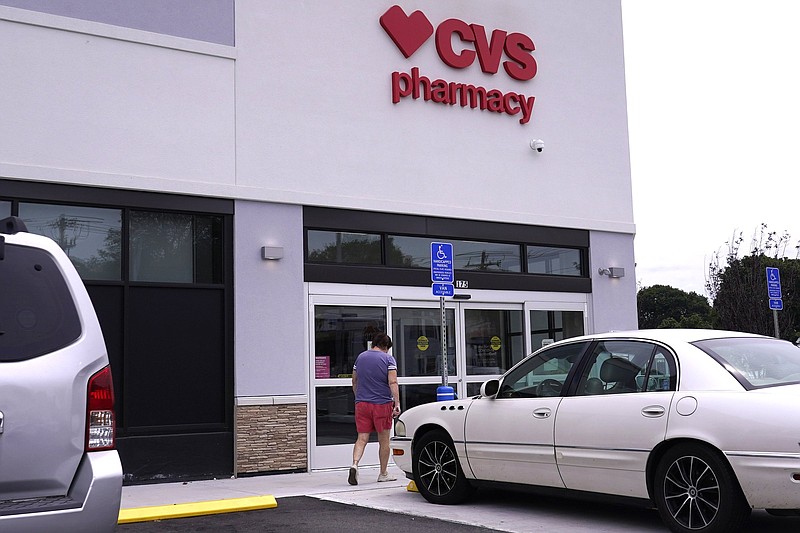 CVS Health Corp. announced Monday it's hiring 25,000 clinical and retail workers to respond to demand for covid-19 vaccinations and testing and an expected spike in the flu this fall and winter.

Most of the available jobs are for full-time, part-time and temporary licensed pharmacists, trained pharmacy technicians and nurses at CVS Pharmacy locations. The jobs will be filled as soon as possible, Woonsocket, RI-based CVS said. A national career fair is scheduled for Friday.

Other jobs include retail store employees who work with customers and manage inventory.

"Every flu season we need additional team members, but this year, we're looking for even more," said Neela Montgomery, president of CVS Pharmacy.

The nationwide hiring represents the latest drive by CVS, the parent company of Hartford, Conn.-based Aetna, to attract workers in a labor market characterized by too-few job candidates. CVS announced last month it will raise its minimum hourly wage to $15 starting July 2022, with incremental increases to the company's competitive hourly rates that have already been hiked.

About two-thirds of employees earning hourly wages are paid more than $15 an hour. The federal minimum wage is $7.25 an hour and in Connecticut, it's $13.

"Obviously, it's a tight labor market," she said. "We are paying attention. We've got a lot of hiring to do to support growth."

"And so far, we see pressure, but we've been managing through it," Lynch said. "But we're watching that labor market that we're seeing impacts in the stores, and that's part of why we're making this wage investment today."

The wage increase is intended to boost CVS's competitive edge in the labor market, adding $600 million in labor costs over three years. About $125 million of that will be in the final four months of 2021, CVS said.

Walgreens announced last week it will pay a $1,250 bonus to full-time pharmacists and a $1,000 to part-time pharmacists in September 2021. In addition, pharmacy technicians who are certified or become certified to administer flu and covid-19 vaccines will receive a $1,000 reward during a six-month retention period.

And it announced last month that the starting hourly wage for employees will be increased to $15, taking effect in phases beginning in October and extending through November 2022.