Long time running: ‘The Price Is Right’ continues after decades of telecasts 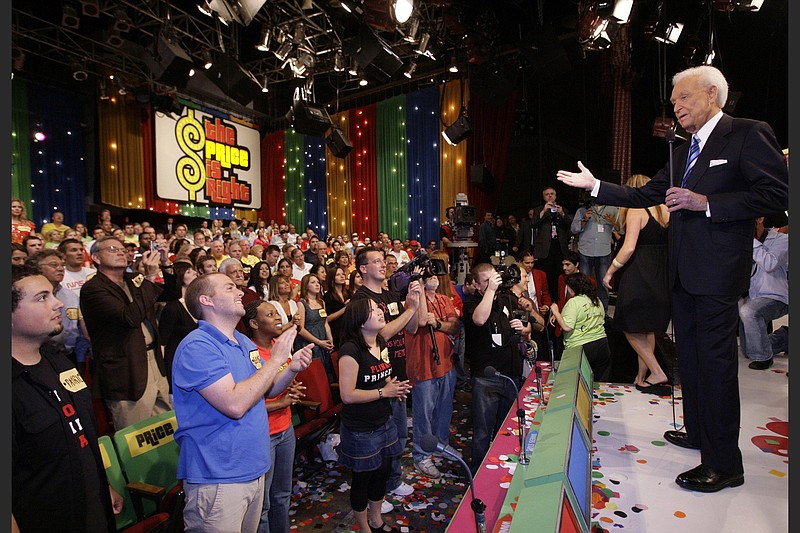 Game show host Bob Barker, 83, receives a standing ovation as he tapes his final episode of “The Price Is Right” in Los Angeles in 2007. The longest-running game show in television history is celebrating it’s 50th season. (Damian Dovarganes/AP file)

NEW YORK — If you can remember the price of a 30-ounce jar of mayonnaise, what an Armani purse goes for and how much to pay for an iPhone 12, there's really only one place to shine — "The Price Is Right."

The longest-running game show in television history is celebrating its 50th season this month and offering viewers a chance to, as always, "come on down" to win by guessing the correct retail price for various items. (The original version ran from 1956-1965.)

Some rival game shows reward their contestants for esoteric knowledge, others physicality. With some shows, contestants need luck, a friend to phone, strategy or an ability to cook or sing. On "The Price Is Right," the value of things is itself valued.

"This show is about how much a can of creamed corn is. That's what's great about it. Because whether you are just scraping by or you're Martha Stewart, you probably bought a can of cream corn," says George Gray, the show's announcer since 2011.

"The Price Is Right" is a remarkably sturdy thing, surviving the retirement of beloved host Bob Barker in 2007, a turnover in models — sometimes acrimoniously — the introduction of male models in 2012 and even out-witting covid-19. 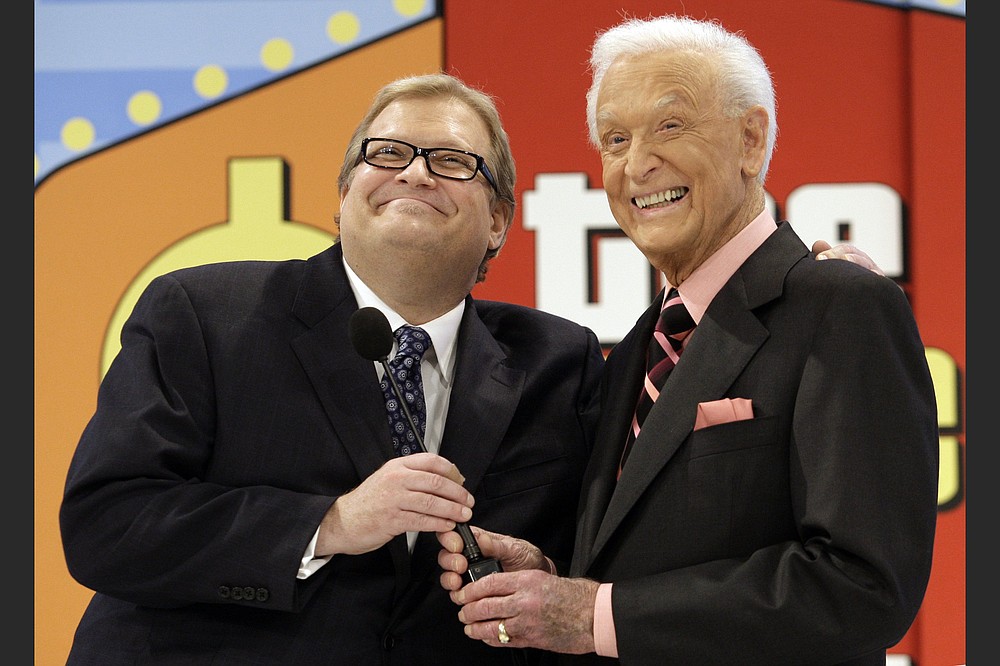 It has subtlety evolved, with sturdy grandfather clocks as prizes replaced by electronic gadgets. High-definition TV monitors make exotic trips in the showcases pop these days, and the packages themselves have become more experiential, with scuba gear or golf clubs added to packages to Belize or Scotland, respectively.

"We've really been able to keep up with the trend of new prizes and what people want today. But it's still the same game show — you still need to know the price of that laptop or that iPhone," says Rachel Reynolds, a model from Baton Rouge who joined the show in 2003.

Contestants are mostly regular people, nursing aides or home renovators or book store managers. "Good luck, man," current host Drew Carey will say. Or, "Let's see those great prizes back there, Heather." They are overjoyed to be there. One recently wore a partially bedazzled T-shirt that said: "Drew, Let's party like it's $19.99."

The dozens of games — from Double Prices and Five Price Tags and Plinko — test the receipt-minded prices of things like a 12-ounce tin of corned beef, a pair of stainles-steel patio heaters and a six-night stay in Philadelphia with a cheesesteak tour. The show is so kind that even contestants who make it on stage but don't get to play a pricing game leave with a $300 consolation prize.

To celebrate its milestone, a two-hour prime-time special on Sept. 30 will include a look back at the biggest winners, never before seen outtakes and a salute to Barker. 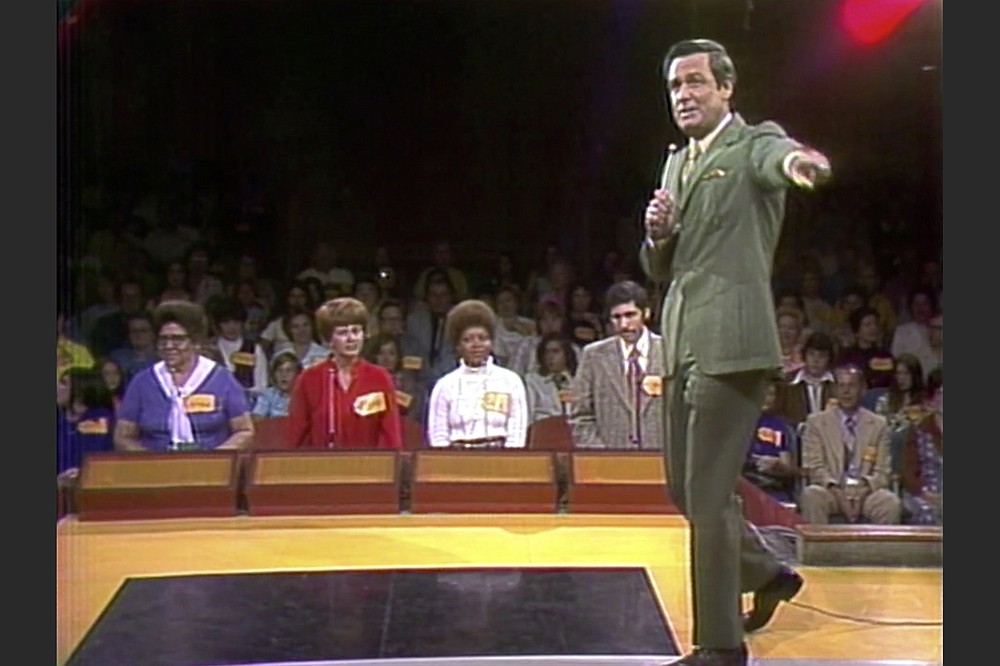 "The Price Is Right" debuted on NBC in 1956, with Bill Cullen as host and consisting of four people bidding auction-style on items. The show was canceled in 1965, but the current version was revived in 1972 at CBS, with Barker as host, influencing a nation with his sign-off advice to get "pets spayed or neutered." Carey has kept that slogan in his honor.

Since 1972, producers say more than $300 million in cash and prizes has been given away. More than 2 million audience members have attended a taping over those years and 68,000 of them have become contestants. More than 8,400 cars have been given away.

Reynolds, who has gotten married and had a child during her tenure, calls the show her "second family." Her daughter has made multiple appearances, and her husband has been on "The Price Is Right" for wedding shows. But it started with a baptism by fire.

She was about six months into modeling prizes when she was asked to pilot a Ford Mustang onto the set. It was in neutral when stagehands pushed it into view and her job was to "wave, smile and hit the breaks." She hit the clutch instead. 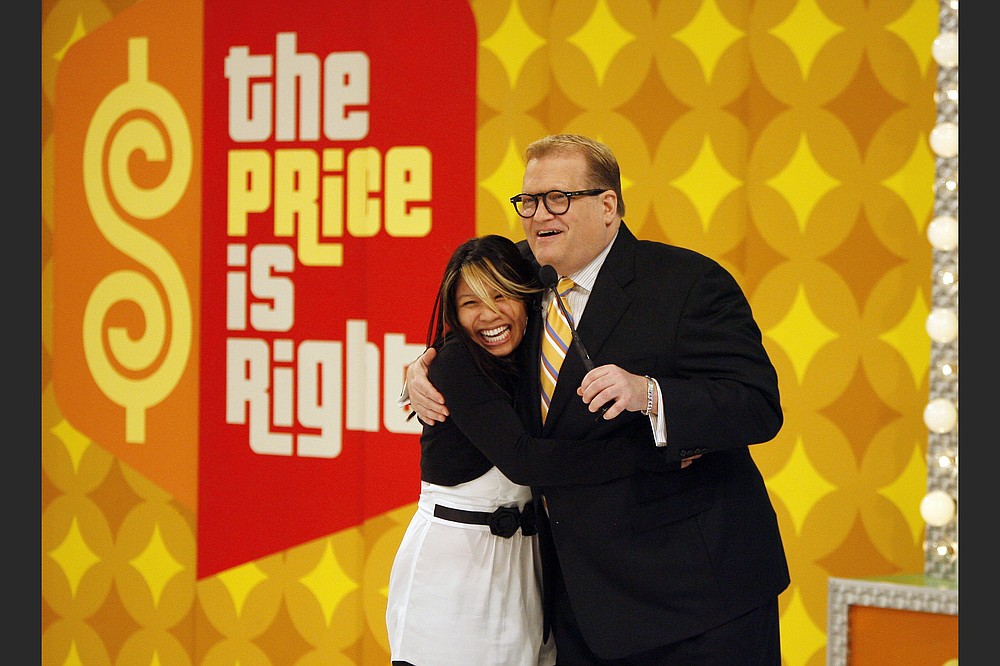 By the time she realized her mistake, the muscle car was drifting into the set, finally bumping Door No. 3 with a nudge. "I was like, 'Oh, I'm getting fired,'" she recalls. But Barker was gracious and didn't skip a beat — and neither did she.

She credits the show for also making the Barker-Carey transition seamless (something "Jeopardy!" has not done well this year). Barker had an unflappable regal elegance, but Carey has his Cleveland blue-collar wit and kindness.

Gray says he's always heartened that contestants cheer each other on, even if they just lost. "If you're the Red Sox, you don't cheer for the Yankees," he says. "But when somebody else gets to play instead of you, you cheer for them."

"I love the fact that 'The Price Is Right' is always a positive show," he adds. "Everybody pitches in and wants everybody else to win. I think that really is always a bright spot in people's days."