Stricker's biggest issue is getting trophy 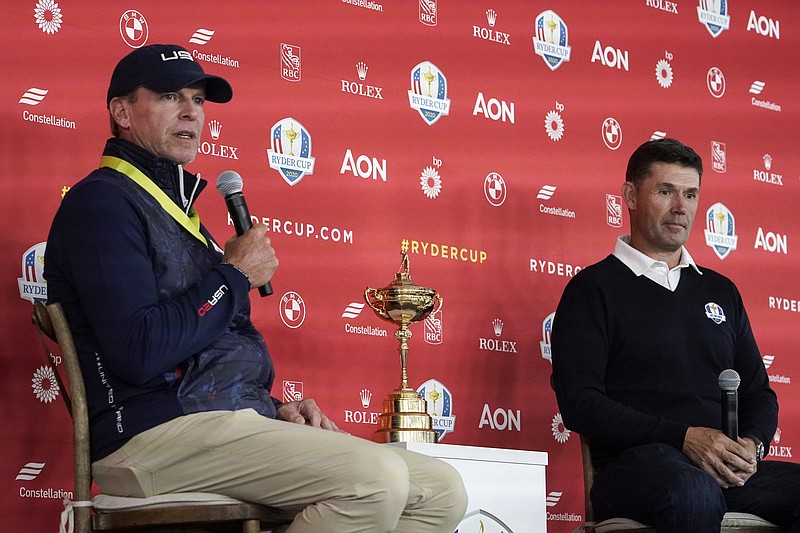 SHEBOYGAN, Wis. -- Padraig Harrington had a tight grip on Ryder Cup trophy Monday as the European captain walked through a white-tented corridor toward the stage for the opening news conference.

That was a fitting start to matches that are a year overdue.

Europe is the defending champion, a winner of nine of the past 12, and it doesn't want give up possession of the 17-inch trophy.

"Obviously, there will be plenty of unknowns during the week," Harrington said. "But at this stage, we are prepared for everything and ready to go."

U.S. captain Steve Stricker has been preaching the importance of being even more prepared, though his unknowns are a little more obvious.

Brooks Koepka injured his left wrist again during the final round of the Tour Championship, and then he attracted the wrong kind of attention from a magazine interview that raised questions how much he really enjoys the Ryder Cup.

He has cooled his spat with Bryson DeChambeau, who has been training as much for a Long Drive competition right after the Ryder Cup.

Issues? Only one matters to Stricker, and it's wrestling away the Ryder Cup from Europe.

"Europe brings a strong team and they play well and are tough and we always have tough matches that seem to have gone their way more times than ours lately," Stricker said. "But we look to try to change that this week and move on.

"We are worried about this one, and just trying to win this one."

Players from both teams arrived at Whistling Straits under a gray sky and occasional drizzle, with formal practice sessions starting today ahead of the Friday start.

Stricker said he has only spoken to Koepka and is confident he's ready to go.

"He tells me everything is 100%, and everything is ready and raring to go," Stricker said. "I haven't run into him yet today. I've heard that he's here, but I haven't seen him yet. From what I understand, he's fully healed and ready for everything."

As for the public beef between Koepka and DeChambeau, Stricker repeated that he expects no issues, having received word from both players it won't be a problem this week.

Stricker didn't seem bothered by Koepka's interview with Golf Digest published last week in which he said the Ryder Cup takes him out of his routine because he's pulled in so many directions.

"The conversations that I have had with him and what I have personally seen in the team room does not jive up to what I was reading in those articles," Stricker said. "Again, I am not worried about Brooks. He assures me he's healthy. He assures me that he is 100% all in on this team and whatever he needs to do for this team to become the winner at the end of the week."

The Americans have six rookies, their most for a Ryder Cup since winning at Valhalla in 2008, and Stricker said he likes the enthusiasm. He also said he doesn't mind that so many of his players -- six rookies and three players having played only once -- haven't accumulated too much scar tissue from a long history of losing.

Harrington counters with experience. Europe has half as many rookies, and Harrington filled out his team with Sergio Garcia and Ian Poulter, who have combined for 15 Ryder Cups and a 42-18-9 record.

"That's quite relevant when you're playing an away match," Harrington said. "Certainly it's pretty tried and tested in Europe that we're going to go with experience when we're coming across here. We do have a few rookies on the team to provide that enthusiasm but we are strongly relying on that experience."

The matches were scheduled for the final weekend of September in 2020 until being postponed one year when it was clear the coronavirus pandemic would not allow for spectators.

Now the noise is expected to be one-sided, especially with international travel difficulties.

"Our players play for the glory of this event," Harrington said. "If there was 40,000 U.S. fans and no Europeans, we'd prefer that than having no fans. We want the noise. We want the excitement. We want the buzz of it all. Yes, the players will have to deal with it and yes, they will have to embrace it. But they wouldn't want the alternative. Having no fans is no fun.

"They will enjoy it." 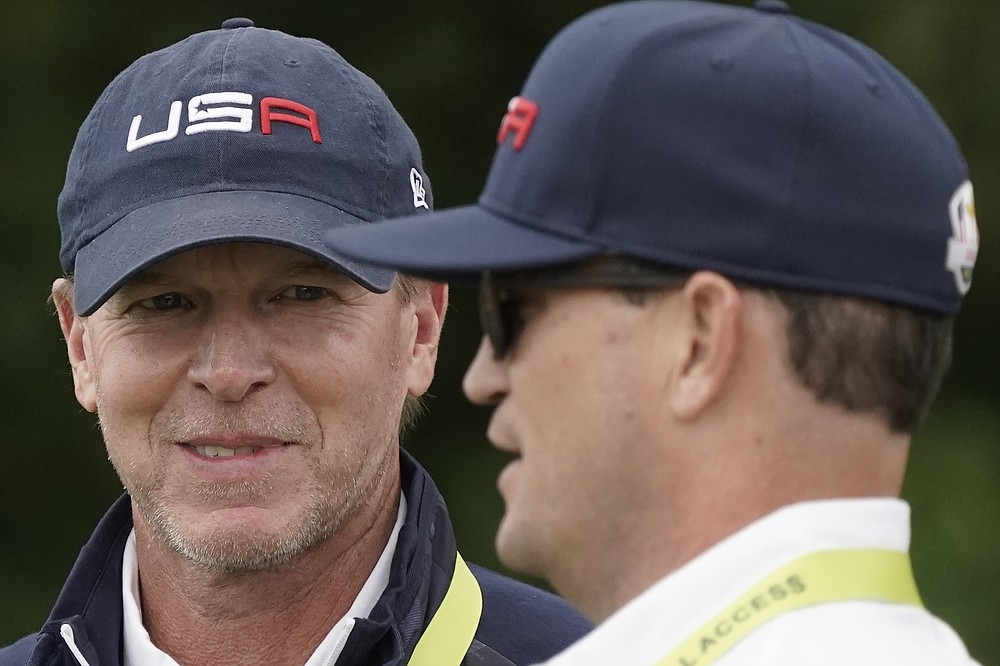 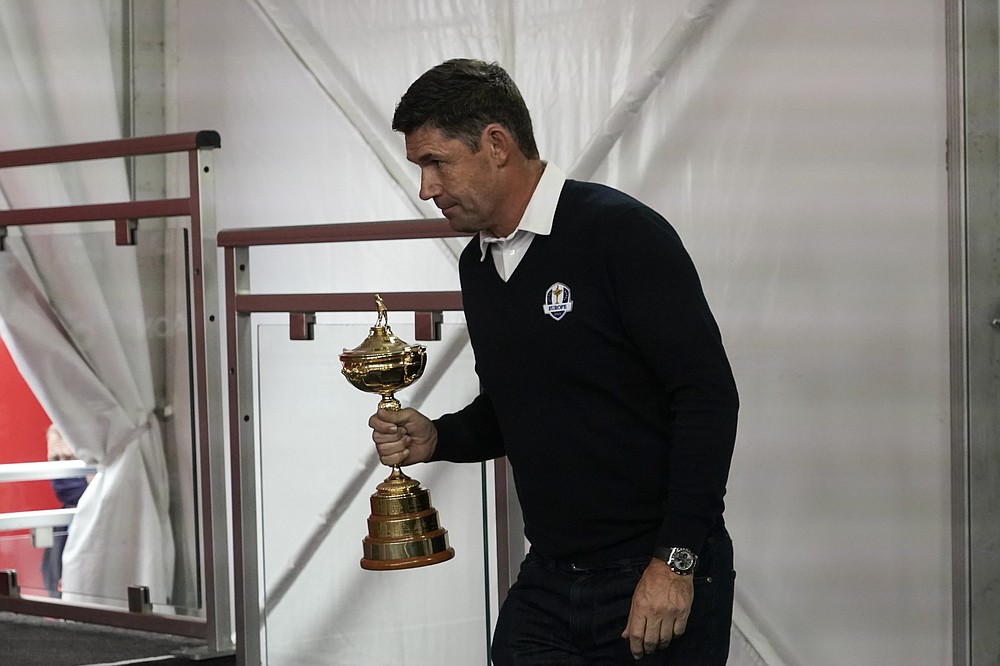 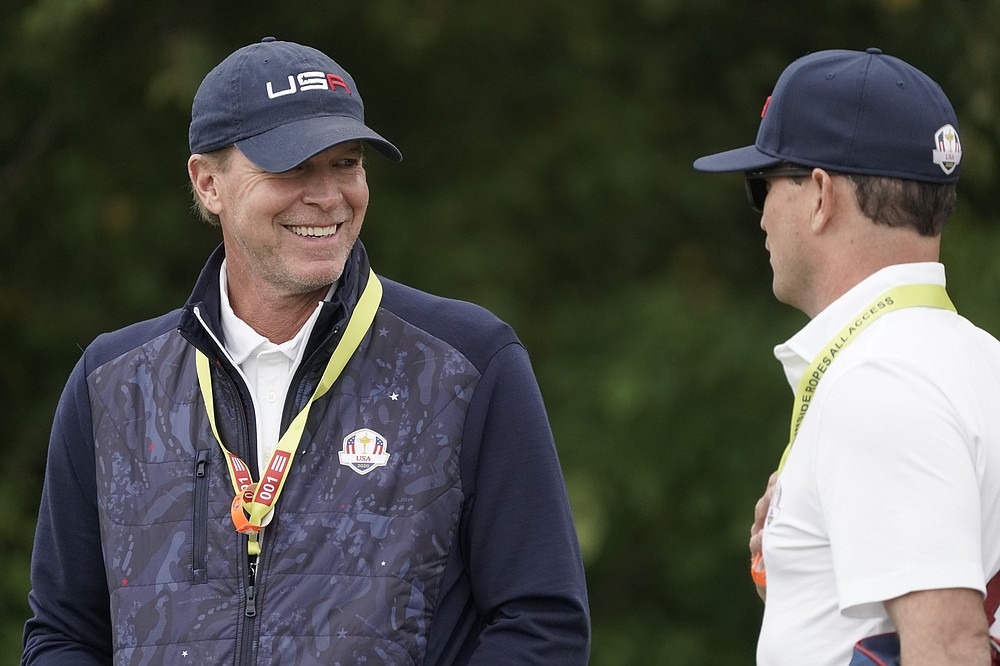 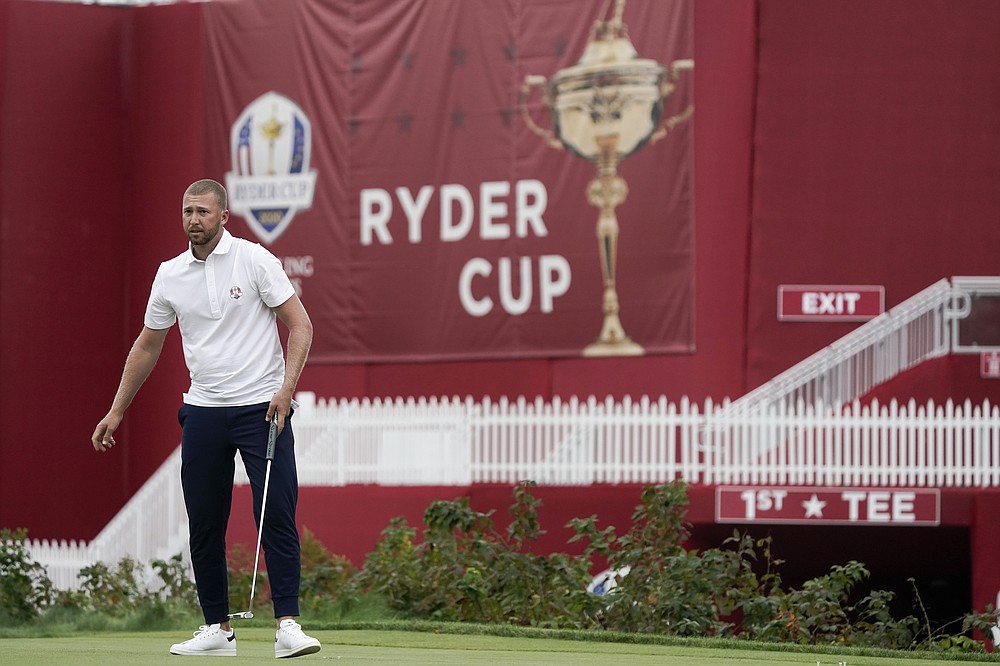 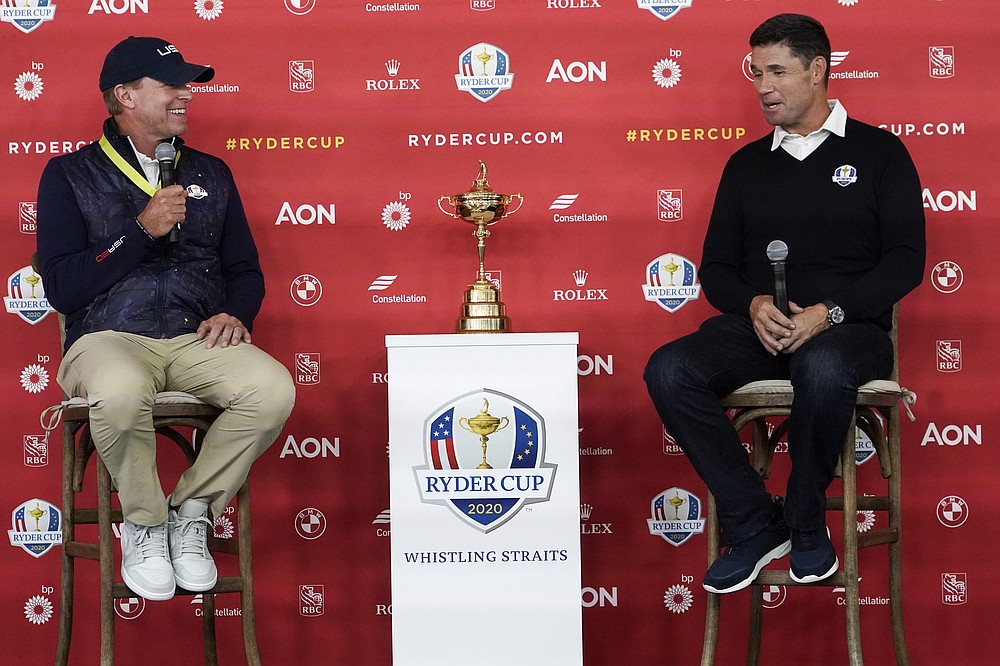