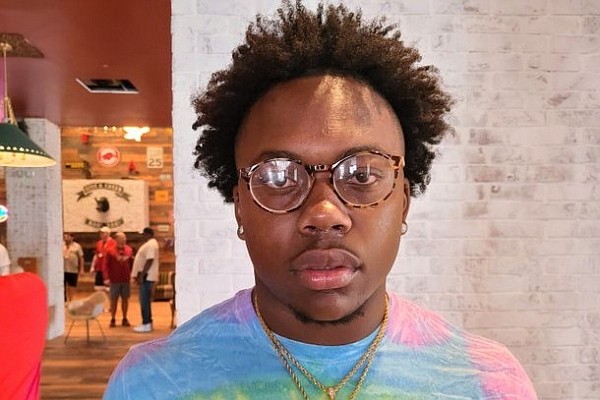 DUNCANVILLE, Texas — Future Arkansas linebacker Jordan Crook wasn’t able to attend the Razorbacks’ 40-21 victory over Texas, but he was in Hog heaven watching the game.

Crook, 6-0, 225 pounds, of Duncanville, Texas, made a friendly wager with an assistant coach at the school.

“One of our O-line coaches used to go (to Texas) and play there,” Crook said. "It was a lot of trash talking and a lot of bets going on. It was fun, though.

"I was on the winning side. I was glad about that.”

Crook said he was at his loudest when running back Raheim "Rocket" Sanders made his 26-yard cutback touchdown run in the third quarter to put Arkansas up 33-7.

“That turned me up a little bit," he said.

Linebackers coach Michael Scherer reached out after the game to point out linebackers Hayden Henry, Grant Morgan and Bumper Pool had 15, 13 and 10 tackles, respectively.

“He sent me the stats,” Crook said. “That’s not too bad for linebackers – all in double digits. That’s a great thing being a linebacker.”

Crook’s classmates were impressed with the win and let him know it the Monday after the game.

“They were like, 'Arkansas' got a team,'” said Crook, who plans to attend the Razorbacks' game against Texas A&M on Saturday. “I was like, 'I’ve been trying to tell y'all. Like, we’re turning it around.' It felt good.”

He recorded 93 tackles, 7 tackles for loss, 6 sacks and 3 interceptions, including 2 returned for scores, as a junior, and has 28 tackles and 4.5 tackles for loss in three games this season.

Arkansas is recruiting two of Crook’s teammates. The Razorbacks have offered sophomore defensive back Ka’Davion Dotson and are very interested in sophomore linebacker Colin Simmons.

“These are my young bulls,” Crook said. “These dudes can play. They’re some ballers.”