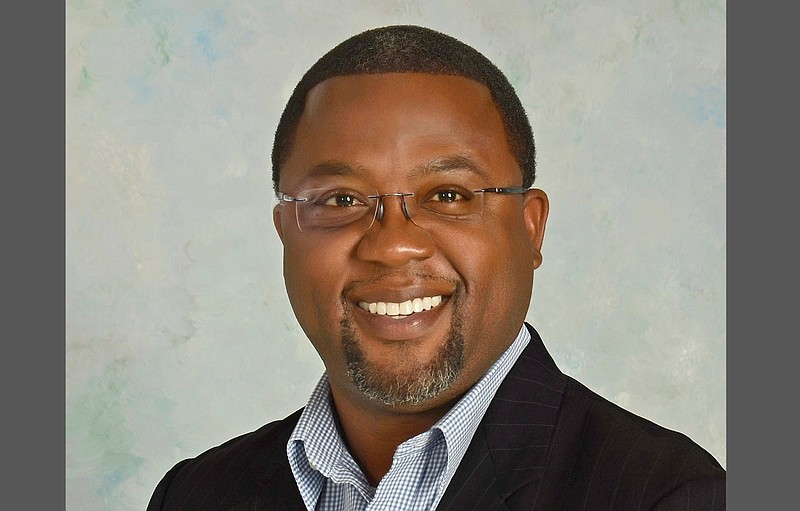 Maurice Taggart, executive director of the Pine Bluff Urban Renewal Agency, is shown in this undated photo. Taggart turned in his letter of resignation Tuesday, Sept. 21, 2021, to pursue a career as an attorney. His resignation is effective Sept. 30.

Maurice Taggart, executive director of the Pine Bluff Urban Renewal Agency, turned in his letter of resignation Tuesday evening during an executive session of the agency's board.

Taggart, 41, who was hired for the position three years ago, said after the meeting that his resignation was effective at the end of this month and that he was eager to get his own legal career off the ground.

In Taggart's letter of resignation to the board dated Sept. 14, he stated that he would resign effective Sept. 30.

"I have decided to take on a role in the private sector which will prevent me from giving the full attention necessary to complete many of our ongoing projects," the letter reads. "The decision to resign was a difficult one and after careful consideration, I know it is in the best interest of my family and URA."

After Tuesday's meeting, Taggart talked further about his decision.

"It was time," said Taggart, who is married to Jefferson County Clerk Shawndra Taggart. "Everybody has a season, and my season has come to an end. I told my board that when it was time for me to move on, they wouldn't have to tell me. I would tell them."

After hearing the news, Alderwoman Joni Alexander said the moment was bittersweet -- sad that Taggart was resigning but also saying she understood why.

"The climate of his position is already stressful and then all the politics that he had to deal with, I think we made it a not-so-difficult decision for him to go on and take advantage of his education and his experiences," Alexander said.

Mayor Shirley Washington said against all odds, Pine Bluff is stronger today than it has been in many decades, with unprecedented economic development and job growth thanks to "dedicated and devoted" people like Taggart.

"As director of Urban Renewal, Maurice Taggart has been a passionate leader with a dynamic, transformative vision for Pine Bluff," Washington said. "It has guided his efforts every step of the way, which we can see throughout the community. Our gratitude for his service is immeasurable. We wish him the absolute best in future endeavors."

Asked what his plans were, Taggart said he had passed the bar exam recently and was going to open an office in Pine Bluff to start developing his law practice. Taggart said he already had some business waiting for him.

Pine Bluff Urban Renewal Agency chairman Jimmy Dill said he would have loved to talk Taggart out of resigning but knew this day was coming once Taggart received his license to practice law.

"I hate it. He has done an excellent job with us," Dill said. "He has led us in an extremely professional way and taken us in places that we wanted to go in trying to accomplish our goals. He was absolutely, positively, the right man for the job."

Dill said the renovation of the downtown buildings on Main Street that has sparked several interested investors is credited to Taggart and the efforts of the agency.

Taggart said the board made his operation's director, Chandra Griffin, the interim director, and that he was asked to stay on as a consultant for six months.

Taggart had high praise for Griffin, who was initially hired to be his executive assistant.

"I've been blown away by the level of her seriousness and thoroughness," Taggart said of Griffin. "My conversations with her have been in-depth. She keeps me on my p's and q's."

Taggart said Griffin has poise, the right background and the experience to get the job done.

"She's done a great job as our operations director, and I have full faith in her," Taggart said.

Dill also said he has faith in Griffin, saying she is "highly capable" of stepping into the executive director's role.

Griffin has 17 years in real estate and holds a real estate broker's license. She also has administrative experience working in the mayor's office near the end of Carl Redus' term and more than 20 years of experience in retail management and operations management.

Taggart said he committed to the executive director position for two years and just passed his third year in the job. He said the agency, which is supported by Go Forward Pine Bluff, has made strides and accomplished much, and that the next executive director would have a "solid foundation on which to start."

"Over the last three years, our agency has fulfilled many of the promises made to the citizens of Pine Bluff, yet there is much more to accomplish," Taggart said. "At this juncture, the agency is well-equipped to accept a new executive director to carry out the Urban Renewal Plan."

The Urban Renewal Agency is tasked with developing downtown Pine Bluff, as well as actively removing blight, among other things.

"We appreciate his unwavering commitment to the citizens' plan. His dedication has made a difference in the lives of Pine Bluffians and helps balance the narrative about our city," said Watley. "He has and will continue to be an asset to Pine Bluff."

Watley said that with so many projects underway, Griffin's seamless transition to lead the agency will be vital.

"Go Forward Pine Bluff is proud of the partnership with Urban Renewal and looks forward to the mark that Mrs. Griffin will make," said Watley. "We have observed Mrs. Griffin's exemplary leadership during her time as director of operations. Her vision, wit and hard work has elevated the intentions of our work."

Dill said he feels fortunate that Taggart is willing to continue in the role of consultant, instead of stepping away and leaving the agency "high and dry."

"He's not that kind of person," Dill said. "I was not surprised that he wanted to continue to help because this has been his baby."

"My name is urban renewal so this was a hard decision for me," Taggart said. "It's been a nice run, a nice journey."

"I'm not going to leave," the longtime Pine Bluff resident said. "I'm just going to do something different."

Griffin said her compensation was not discussed during the meeting and it wasn't on her mind during the announcement.

"It was a happy moment for me," said Griffin, who added that details of how the Urban Renewal Office would move forward would be worked out over the next two weeks.

"If my services are needed in the future, I will gladly consider on a short-term basis to help ensure URA remains on task towards completing what we started," Taggart said. "I appreciate the support, I appreciate the citizens of Pine Bluff, their support over the years, and their continued support."