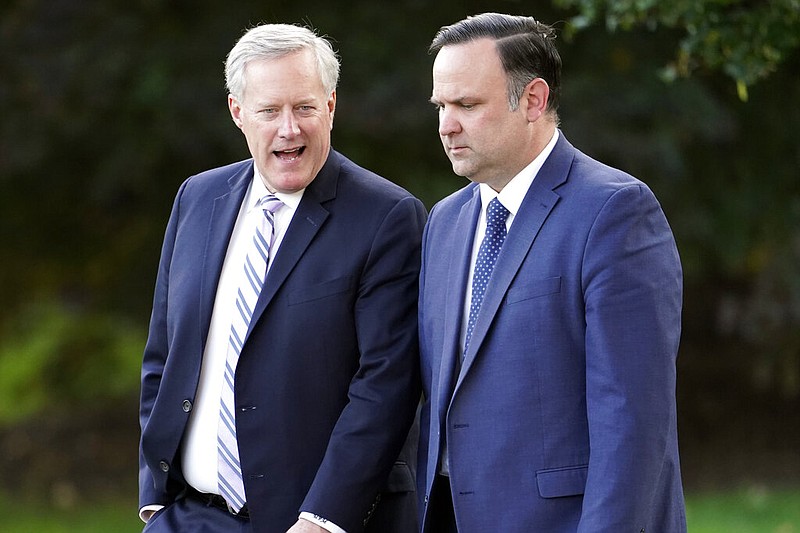 Mark Meadows (left) and Dan Scavino walk across the South Lawn of the White House in this Sept. 22, 2020, file photo. At the time, Meadows was the chief of staff for President Donald Trump, and Scavino was the White House social media director. (AP/Andrew Harnik)

WASHINGTON — A House committee investigating the Jan. 6 riot at the U.S. Capitol has subpoenaed four advisers and associates to former President Donald Trump who were in contact with him before and during the attack.

Committee Chairman Bennie Thompson, D-Miss., wrote to the four men that the committee is investigating “the facts, circumstances, and causes” of the attack and asked them to produce documents and appear at depositions in mid-October.

The subpoenas are a significant escalation for the panel, which plans to launch the interview phase of the investigation after sorting through thousands of pages of documents the committee requested from federal agencies and social media companies. The goal is to provide a complete accounting of what went wrong when the Trump loyalists quickly overwhelmed police and interrupted the certification of President Joe Biden’s victory — and to prevent anything like it from ever happening again.