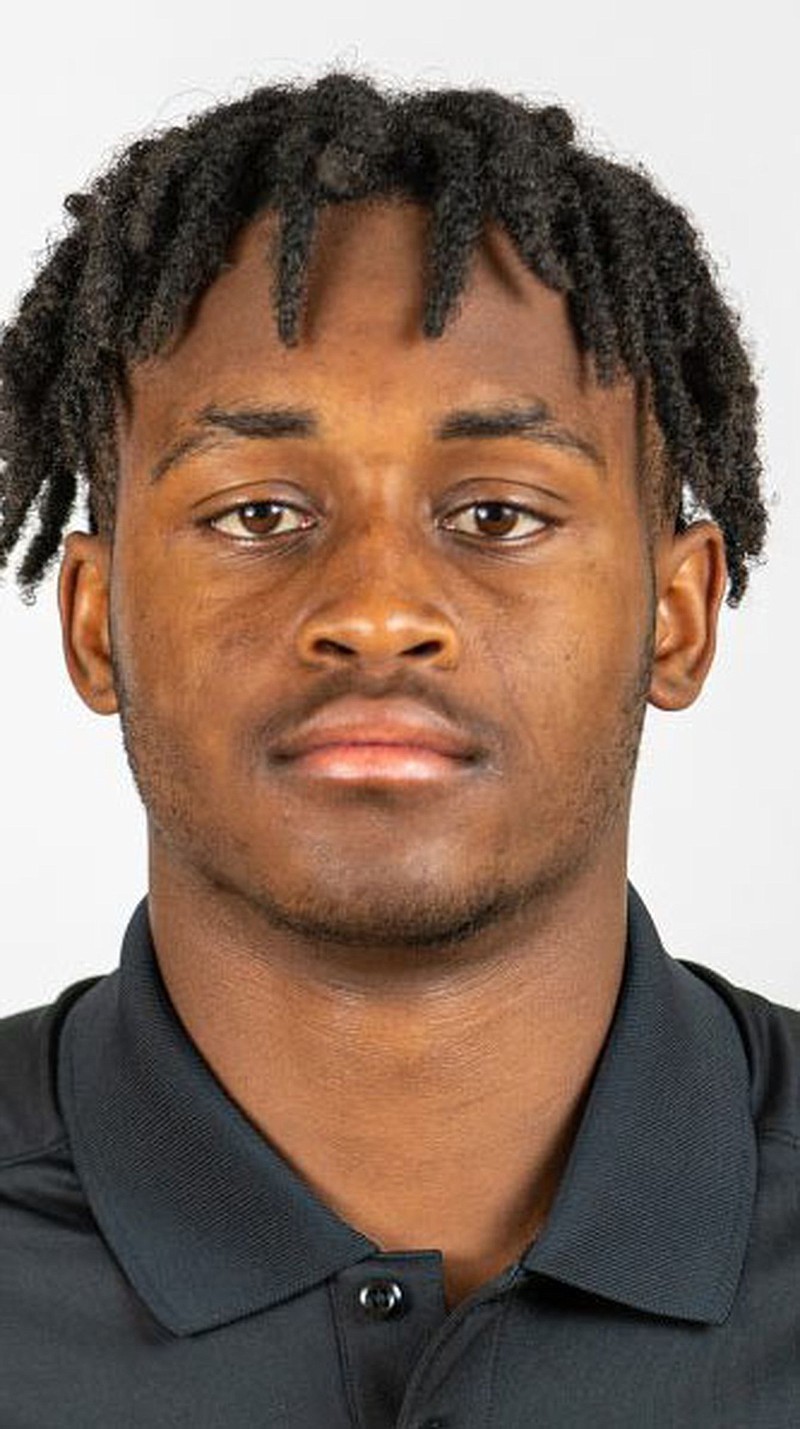 JONESBORO -- A little more than a week before the start of fall camp, Melique Straker made his first visit to Arkansas State. He hadn't played a football game in nearly two years -- Straker was on Carleton (Canada) College's roster for the 2019-20 season, but the Ravens didn't play last fall because of covid-19.

By the end of a private workout with Coach Butch Jones and linebackers coach Jon Shalala, the Red Wolves were all but ready to add Straker to the roster, and after they watched film, ASU offered the Brampton, Ontario, native.

The sophomore probably wasn't in tears Saturday after logging his first six NCAA tackles at Washington, only Straker's second game since becoming a Red Wolf. Bright spots for ASU's defense have been rare, particularly over the course of consecutive games in which it's surrendered 50-plus points.

"He's a little undersized for his position, but he makes up for it with a lot of a lot of heart," defensive end Kivon Bennett said of Straker, who's worked in at the hybrid linebacker-safety spot behind starter Anthony Switzer. "He just came in and was ready to do his job, so the coaches are comfortable with him out there, they've deemed that he knows what he needs to do. ... He's just a super hard worker."

Straker moved across the border, playing high school football at Saint Francis in Hamburg, New York, only a two-hour drive from Brampton, a Toronto suburb. But he stayed close with another football player from his hometown, John Metchie, who is Alabama's top wide receiver.

Jones and Metchie developed a close relationship during the ASU coach's time as an analyst with the Crimson Tide, so when Straker was looking for another chance to play college football in the U.S. -- per 247Sports, he didn't have any NCAA offers out of high school in 2019 -- Metchie urged his former coach to take a look.

The day before the start of fall camp, Straker posted on his Twitter page that he'd committed to the Red Wolves.

"We're excited about his future," Jones said of Straker. "He's learning the nuances of the game. ... But he's very driven, very explosive, very aggressive and cerebral as well. He's going to continue to get nothing but better and better for us."

Yet in just one game, he managed the same number of tackles as linebacker Dane Motley, who's started all three games this season. That instant impact could mean an increased role over the coming weeks, and Straker isn't the only ASU defender who impressed against the Huskies.

Junior college transfer cornerback Leon Jones hauled in an interception Saturday afternoon to go with three tackles and a pass breakup. After taking the bulk of the snaps at left cornerback, opposite Jarius Reimonenq, the Red Wolves have Jones set to make his first collegiate start Saturday against Tulsa.

"We were going to cover 3 [defense] and [Leon] is supposed to midpoint two vertical routes," Jones said. "He does that and he comes up with an interception. Every play has a job description and you're starting to see them execute that."

When Butch Jones was asked about the Tulsa Golden Hurricane during Monday's Sun Belt teleconference, one of the first things he pointed to was their special teams. He then emphasized that unit again Tuesday.

"Usually, championship teams have the best bottom third of their roster," Jones said. "Tulsa only has three starters that start on special teams...so that shows me they've built their program, they have competitive depth across the board and they play high-level special teams."

The last part may not be entirely true -- Pro Football Focus has the Golden Hurricane graded as the third-worst special teams unit in the nation this season compared to ASU, which enters the week tied for 48th.

Although the Red Wolves had a rare missed field goal from Blake Grupe at Washington, Jones was relatively pleased with his team's coverage units -- ASU has only allowed 14 yards on eight punt returns, best among Sun Belt teams with at least one opponent punt return.

The issue is who's on the field. Of the 22 special teams snaps against the Huskies, T.W. Ayers, a rotational defensive lineman, played all of them. Starting tight end Reed Tyler played 21 of 22 and safety Taylon Doss covered 9 of the 12 total punts and kicks.

Jones wants to put his best players out there -- it's why he uses running back Lincoln Pare as one of his two regular kick returners along with one of Pare's backfield mates in Johnnie Lang Jr. and Alan Lamar.

But as he's able to recruit more guys he trusts, Jones hopes he doesn't have to ask his top options on either side of the ball to pull double duty.

That doesn't mean guys like Pare don't want to do the job.

"I think it's a great way to start the game," Pare said of returning kicks. "Special teams are the most important part of the game and it comes down to it in a lot of games, so to be on any of the units is a pleasure."

Marcel Murray hasn't taken a snap since the Red Wolves' season opener against Central Arkansas as the senior running back has been dealing with more injuries -- something that's held him back over his first three years at ASU.

While his absence hasn't drastically hurt the Red Wolves in terms of depth -- they've split reps between Lincoln Pare, Johnnie Lang Jr. and Alan Lamar, with the Yale transfer leading all rushers -- ASU's ground game has been one of the worst in the nation, ranking 111th with 113.3 rush yards per contest.

Murray, who was the 2018 Sun Belt Freshman of the Year, could provide a boost if he's able to return against Tulsa. Jones said Tuesday that he anticipates the Hiram, Ga., native will be able to go Saturday.

"He's been really banged up," Jones said of Murray. "He hasn't been 100%, he's getting closer and closer and we're going to need him."