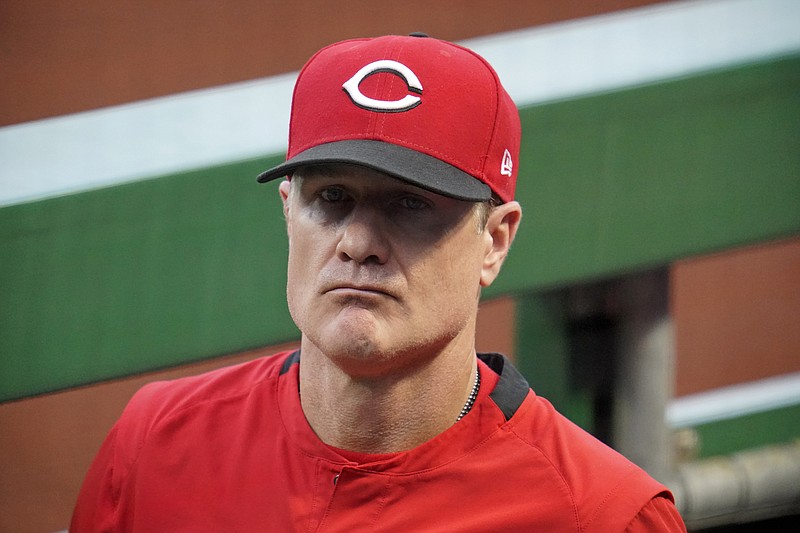 The Minnesota Timberwolves fired president of basketball operations Gersson Rosas on Wednesday, less than a week before training camp in yet another leadership change for a franchise often in flux. Owner Glen Taylor announced that the Timberwolves "parted ways" with Rosas in a two-sentence statement that revealed no explanation for the dismissal after just two seasons. "As an organization, we remain committed to building a winning team that our fans and city can be proud of," said Taylor, who has begun the process of selling his majority stake in the club to e-commerce mogul Marc Lore and former baseball star Alex Rodriguez. Rosas became the highest-ranking Latino to run an NBA team, when he was hired in May 2019 after a long tenure in the front office with the Houston Rockets. Rosas replaced Tom Thibodeau, who held the dual role of head coach and president of basketball operations until his firing by the Timberwolves four months earlier.

The NBA fined Golden State Warriors owner Joe Lacob $50,000 for violating the league's anti-tampering rule with comments he made about Philadelphia 76ers guard Ben Simmons. Lacob said the Warriors had no interest in the disgruntled Sixers guard. "In some ways, it doesn't really fit what we're doing," Lacob said this week. "He makes a lot of money. And, can he finish games? I don't know."

Jonquel Jones is no stranger to winning Associated Press WNBA awards. In previous years, the Connecticut Sun forward has been honored by the media that votes on the weekly AP WNBA power poll as the Sixth Woman of the Year and Most Improved Player. This year, the 6-6 Jones is the unanimous choice AP Player of the Year honors by the 14-member panel. The WNBA will announce its league awards over the course of the postseason, which begins today. Jones guided Connecticut to the best record in the league and the top seed in the WNBA playoffs. Jones finished the season averaging a career-best 19.4 points and a league-leading 11.2 rebounds.

The Dallas Cowboys placed linebacker Keanu Neal on the covid-19 reserve list Wednesday, making it possible the club will be without a key player for the third consecutive game to start the season because of health and safety protocols. The Cowboys (1-1) said on their website it's uncertain whether Neal would be cleared in time for the home opener Monday night against Philadelphia (1-1). The converted safety started the season opener and has played more than 70% of the snaps in the first two games. Dallas was without a starter for each of the first two games because of positive covid-19 tests. Four-time All-Pro right guard Zack Martin missed the 31-29 loss to defending Super Bowl champion Tampa Bay in the opener. Defensive end Randy Gregory sat last week's 20-17 victory over the Los Angeles Chargers. Neal is sixth on the club's tackle chart with eight total tackles and is one of four defenders with a tackle for loss.

New York Giants starting left guard Shane Lemieux had surgery on his left knee and is expected to miss the rest of the regular season. Lemieux, who hurt the knee early in training camp, had surgery at the Hospital for Special Surgery in New York on Wednesday to repair his patellar tendon, the Giants said. Lemieux started the season opener against Denver and played 18 plays before being replaced by Ben Bredeson. He was inactive for the game against Washington on Sept. 16. The injury is the second major one for the line. Nick Gates, who moved from center to left guard for the second game, broke his left leg in the game and will not play again this season.

Three freshman defensive backs on the McNeese State football team are among five 18- and 19-year-old men accused of various crimes, including one linked to a drive-by shooting near a campus apartment complex, authorities said Wednesday. The shooting that injured one man on Sept. 6 was retaliation for an armed robbery on Aug. 30, Lake Charles police said in a news release. Lathan A. Adams, 18, of Waxahatchie, Texas, and Edward E. Gilds, 18, of Harvey, are accused of the August holdup, Deputy Chief Franklin Fondel said Tuesday. He said Travis L. Walker, 18, of Kenner, and Davonte Simmons, 19, a relative from Westwego who was visiting him, are accused of possessing drugs and guns found in Walker's apartment, which was among several searched Tuesday in the campus complex. Adams, Walker and Gilds were on the football team, McNeese athletics spokesman Matthew Bonnette said. The school's online roster listed all three Wednesday as freshman defensive backs. Adams had originally signed with Colorado State after playing at DeSoto High School in Texas.

The Cincinnati Reds and Manager David Bell announced a two-year extension through of his contract through 2023. Bell, 49, agreed in October 2018 to a three-year contract that included a team option for 2022. "I think we've talked about this all year," General Manager Nick Krall said after Wednesday's game against Pittsburgh was rained out. "He's done a great job with the team we have right now, and it was natural to have him leading us forward." Cincinnati was swept by Miami 2-0 in the first round of last year's expanded playoffs.

The NHL found no evidence that San Jose Sharks forward Evander Kane bet on NHL games or tried to throw games after investigating allegations made by his estranged wife. Anna Kane alleged in an Instagram post this summer that Kane bet on NHL games and was "obviously throwing games to win money," launching a probe by the league. The NHL released the findings of that investigation conducted by Patterson Belknap Webb & Tyler LLP in conjunction with NHL Security on Wednesday, a day before the Sharks are set to begin training camp. Investigators analyzed gambling data from recent seasons from SportRadar, a leader in the fields of sports data collection and analysis. The league said the review of that data and interviews with people familiar with Kane's play "yielded no evidence to corroborate Ms. Kane's allegations that her husband gambled on NHL games or 'threw' hockey games."

Defending champion John Millman battled through another tough match at the Astana Open in Nur-Sultan, Kazakhstan. on Wednesday to reach the quarterfinals with a 6-4, 6-7 (5), 7-5 win over Jaume Munar of Spain. The fifth-seeded Australian needed 3 hours and 10 minutes to defeat Munar a day after opening his title defense with a three-set victory over local qualifier Dmitry Popko. Millman, 32, will face either Filip Krajinovic or compatriot James Duckworth in the last eight of the hard-court tournament. Duckworth defeated local favorite Mikhail Kukushkin 7-6 (3), 6-1 in their first-round match.