The world in brief: Shots at Taliban kill 2 fighters, 3 civilians 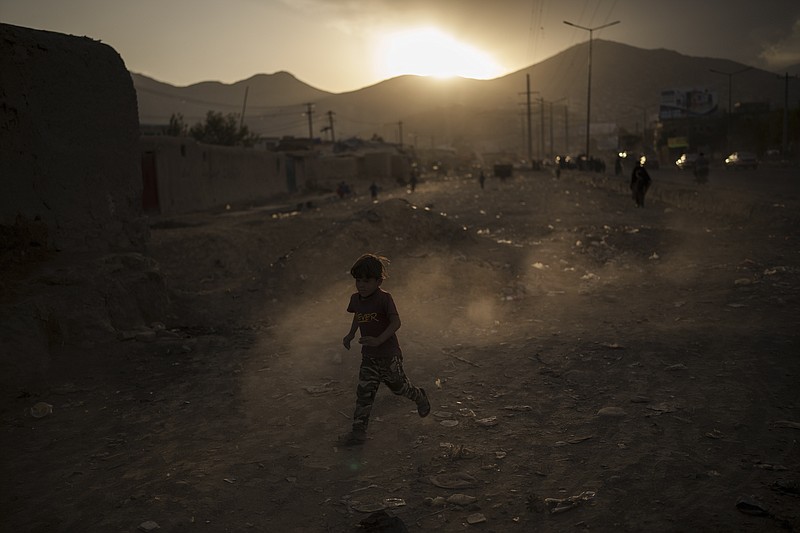 An Afghan boy plays on the side of a road as the sun sets in Kabul, Afghanistan, Wednesday, Sept. 22, 2021. (AP Photo/Felipe Dana)

KABUL, Afghanistan -- Attackers struck Taliban vehicles Wednesday in eastern Afghanistan, witnesses said, killing at least two fighters and three civilians in the latest violence since the group's takeover of the country in mid-August.

In one attack, gunmen opened fire on a Taliban vehicle at a gas station in the provincial capital of Jalalabad, killing two fighters, a gas station attendant and a child, witnesses said.

Separately, another child was killed and two Taliban members were wounded in a bombing of a vehicle. Another bombing of a Taliban vehicle in Jalalabad wounded a person nearby; it was unclear whether that person was a Taliban member or a civilian. The witnesses spoke on condition of anonymity, fearing Taliban retribution.

No one claimed immediate responsibility for Wednesday's attacks, although the Islamic State militant group, which is based in eastern Afghanistan, has said it was behind similar attacks in Jalalabad last week that killed eight people.

The Taliban and Islamic State are enemies, and the attacks have raised the specter of wider conflict between the country's new Taliban rulers and their longtime rivals.

MELBOURNE, Australia -- A magnitude 5.9 earthquake caused slight damage in suburban Melbourne on Wednesday in an unusually powerful temblor for Australia.

The quake hit about 80 miles northeast of Australia's second-most-populous city at a depth of 6 miles, Geoscience Australia said.

Minor structural damage to chimneys, facades and older buildings was reported around the Melbourne metropolitan area. A hospital near the epicenter lost power, and fallen bricks littered some streets.

Prime Minister Scott Morrison said there were no reports of serious injury.

The earthquake was the largest to rattle Australia since a magnitude 6.6 earthquake struck 130 miles off the northwest coastal town of Broome in 2019.

Dozens of Hindu priests performed rituals and chanted prayers as Himanta Biswa Sarma, the top elected official in Assam state, lit the fire on a large platform in a stadium near the famed Kaziranga National Park.

The horns, which had been stored for years, were from rhinos that died of natural causes at Kaziranga and other smaller habitats across Assam state or were confiscated from poachers.

Kaziranga is home to nearly 2,500 one-horned rhinos and is the world's largest habitat for the rare animal. Armed forest guards protect the rhinos, but poachers still manage to kill some of them.

Rhino horns are sold by poachers in South Asia, China, Vietnam and some other countries because of a belief that they contain an aphrodisiac and medicinal properties. Sale of the horns is illegal in India.

"Trading in rhino horns must stop, and the claim of these horns having medicinal properties is false," Sarma said.

NEW DELHI -- India's Supreme Court ruled Wednesday that women will be able to take the entrance examination for the national defense academy in November for the first time, opening the way for them to become full-time officers.

The court turned down a government request that it be given until May to prepare curricula, infrastructure, fitness training and accommodations for women.

The court had earlier rejected a government argument that women were not suitable for commanding posts in the army because male troops were still not prepared to accept female officers.

Training at the academy will allow women to enter long-term careers in the army, navy or air force. Previously, female officers could serve only up to 10-14 years.

In February 2020, the Supreme Court ordered the government to grant permanent commissions and noncombat command positions to female officers in the army on par with men.

Women can now extend their short-service roles in noncombat support units until they want to retire and can rise to the rank of colonel, based on merit.

The government also argued that male and female officers could not be treated equally when it came to postings because the "physical capacity of women officers remains a challenge for command of units."

The Supreme Court said in its order that such arguments were against the concept of equality. 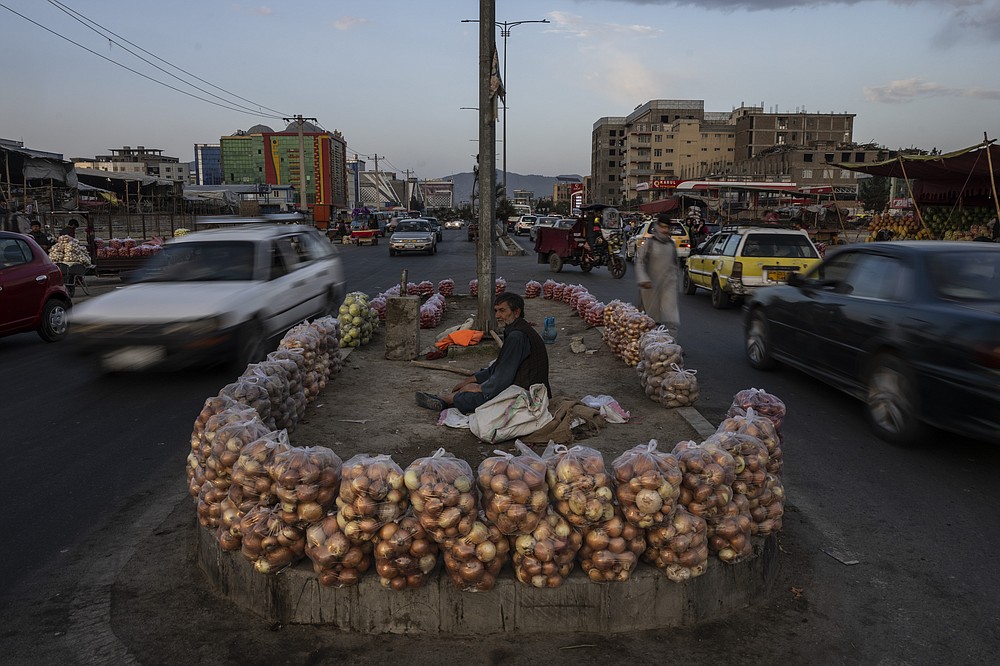 An Afghan man sells fruit in the middle of a street in Kabul, Afghanistan, Wednesday, Sept. 22, 2021. (AP Photo/Bernat Armangue) 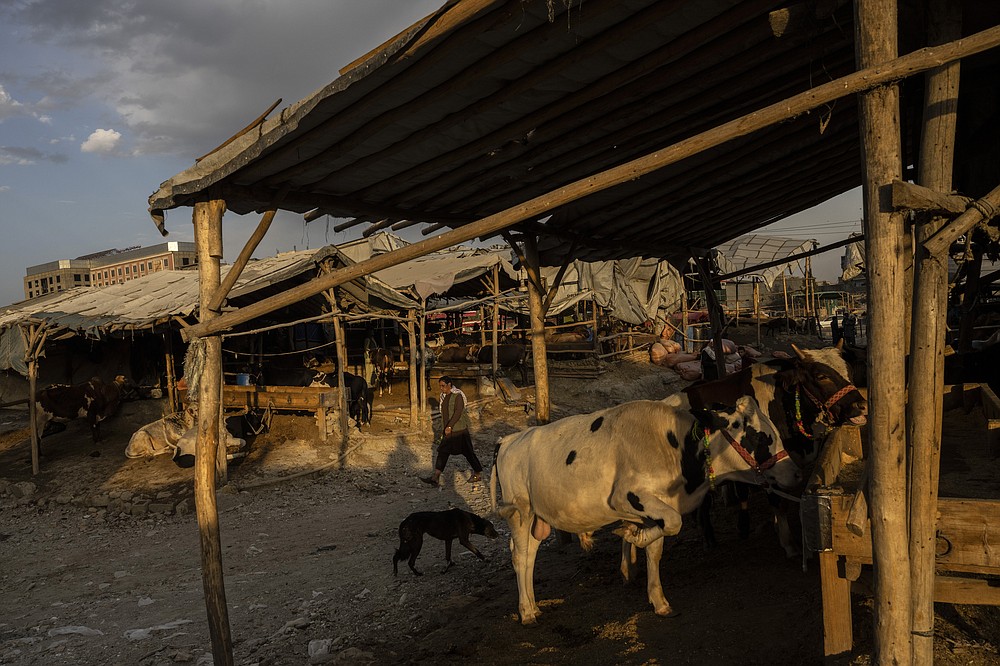 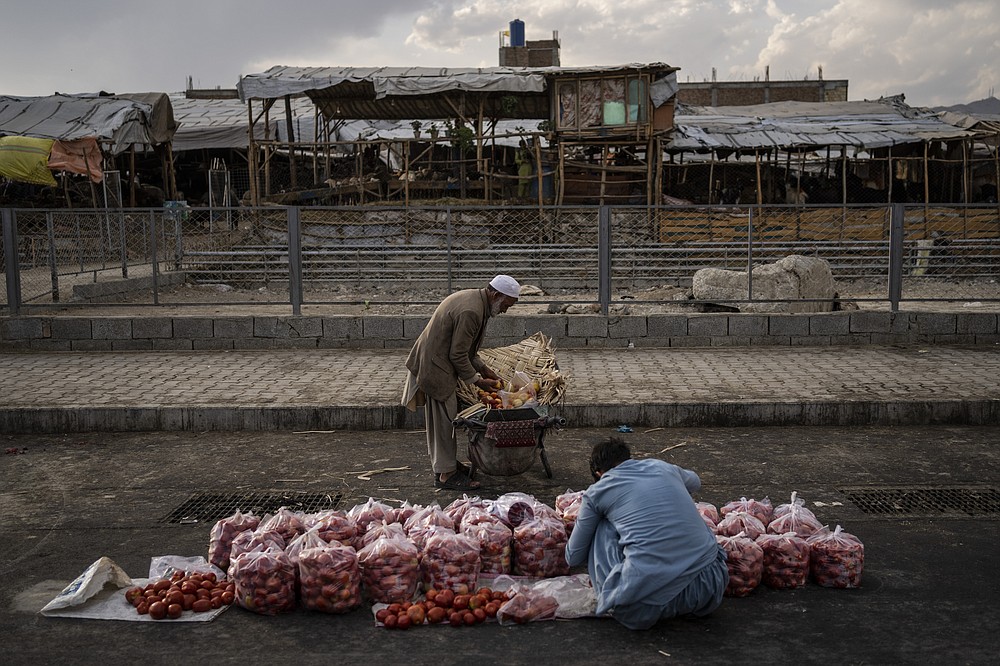