House OKs $1B for Israeli defense 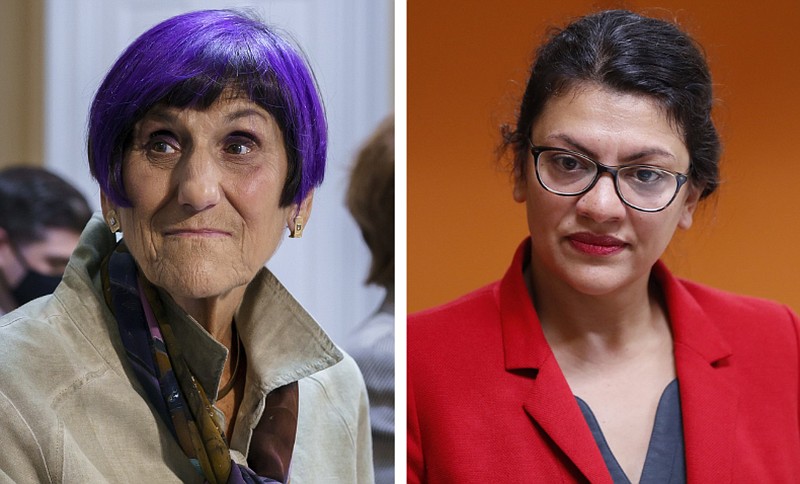 WASHINGTON -- The House overwhelming passed a bill Thursday to provide $1 billion for Israel's Iron Dome missile defense system as Democrats moved to quash criticism from Republicans that their party is wavering in support of Israel.

Democrats initially sought to put the Iron Dome funding in legislation this week to fund the government past Sept. 30, but removed it after some members of the caucus objected.

Leadership moved quickly to instead provide the aid in a separate, stand-alone bill. It passed by a vote of 420-9.

"This bill demonstrates Congress's commitment to our friend and ally Israel is bipartisan and ironclad," said Rep. Rosa DeLauro of Connecticut, the Democratic chairman of the House Appropriations Committee.

Democrats overwhelming supported the measure, but the need for the parliamentary maneuvering underscored a friction point in Congress over Israel -- where a few progressive Democrats have challenged the scope of U.S. assistance to the longtime ally.

The U.S. began financially supporting Israel's development of the Iron Dome system about a decade ago and has provided about $1.6 billion for its production and maintenance, according to the Congressional Research Service. The system is designed to intercept and destroy short-range rockets fired into Israel.

"Thank you to the members of the U.S. House of Representatives, Democrats and Republicans alike, for the sweeping support for Israel and commitment to its security," Israeli Prime Minister Naftali Bennett said in a statement. "Those who try to challenge this support received a timeless answer."

In a 2016 memorandum of understanding with Israel, the U.S. committed to replenish the Iron Dome and that the money provided by the U.S. is "limited to a system that is entirely defensive," DeLauro said.

House Minority Leader Kevin McCarthy, R-Calif., had accused Democrats when stripping out the $1 billion from the earlier bill of sending a message around the world that they "no longer stand with the people of Israel in their mission to defend themselves from terrorist attacks."

Democrats pushed back forcefully on the GOP's attempts to portray them as anti-Israel. "There are some few that won't support this, but the overwhelming majority of this Congress -- not in a partisan way, but in an American way -- will support defending the Democratic state of Israel," said House Majority Leader Steny Hoyer, D-Md.

Rep. Rashida Tlaib, D-Mich., a daughter of Palestinian immigrant parents, was the lone lawmaker to speak against the funding. She said Congress should also be talking about the Palestinian need for security from Israeli attacks.

He rejected that description and said the characterization was "consistent with those who advocate for the dismantling of the one Jewish state in the world."

Her criticism also gave an opening to Republicans.

Rep. Chuck Fleischmann, R-Tenn., said "they [Democrats] have a vocal minority in the majority party that is anti-Israel, that is anti-Semitic and, as Americans, we can never stand for that."

The bill would need to be approved by the Senate before it can be signed into law.