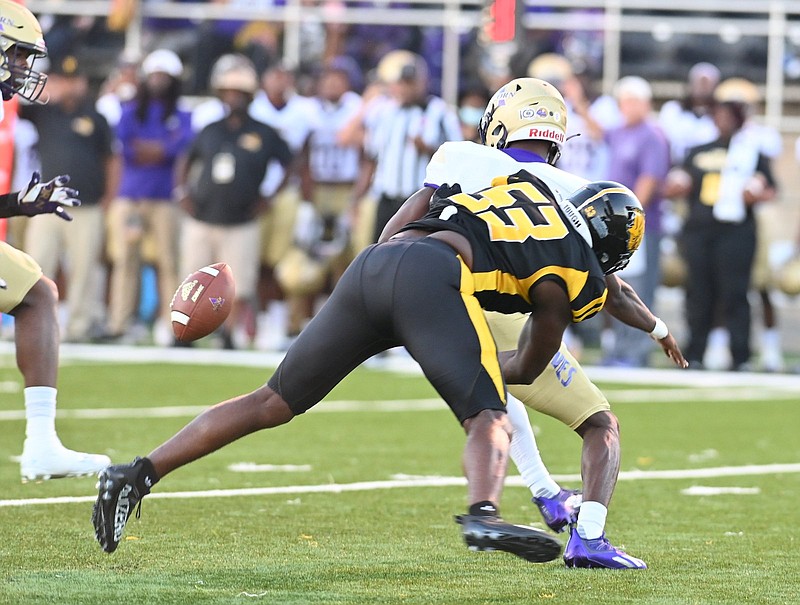 The University of Arkansas at Pine Bluff allowed its defense to command the limelight for most of the Southwestern Athletic Conference's latest version of Thursday night football at Simmons Bank Field.

But Alcorn State University figured out UAPB's defense and erased a 26-7 halftime deficit to win 39-38.

Felix Harper, who was held to 53 passing yards in the first half, finished with 368 yards and three touchdowns.

Nose guard Zion Farmer returned an interception 32 yards, and UAPB defenders sacked Harper five times in the first half en route to building a seemingly comfortable lead. But four lost fumbles came back to haunt the Golden Lions (1-2, 0-1), who had won three straight at home, dating back to Nov. 23, 2019.

It was the first of back-to-back Thursday night games for the Golden Lions (1-1) and the first since 2016, when they defeated Alcorn State 45-43 in Lorman, Miss., for their only victory of that season. UAPB will play at Prairie View A&M next Thursday in another ESPNU-televised game.

Linebacker Monroe Beard III collected two sacks against Harper, the SWAC's 2019 Offensive Player of the Year, in the first half. The Lions held Harper to 4-of-10 passing before halftime.

UAPB's Skyler Perry completed 13 of 18 first-half passes for 161 yards and a 35-yard touchdown pass to Josh Wilkes late in the first quarter. Perry finished the game 24 for 39 for 316 yards with no interceptions.

Kierre Crossley turned in his second straight two-touchdown game but finished with 44 yards on 13 carries.

Harper, who helped Alcorn State overcome a rough first half.

UAPB will visit Prairie View for a 6:30 p.m. kickoff next Thursday in Prairie View, Texas. 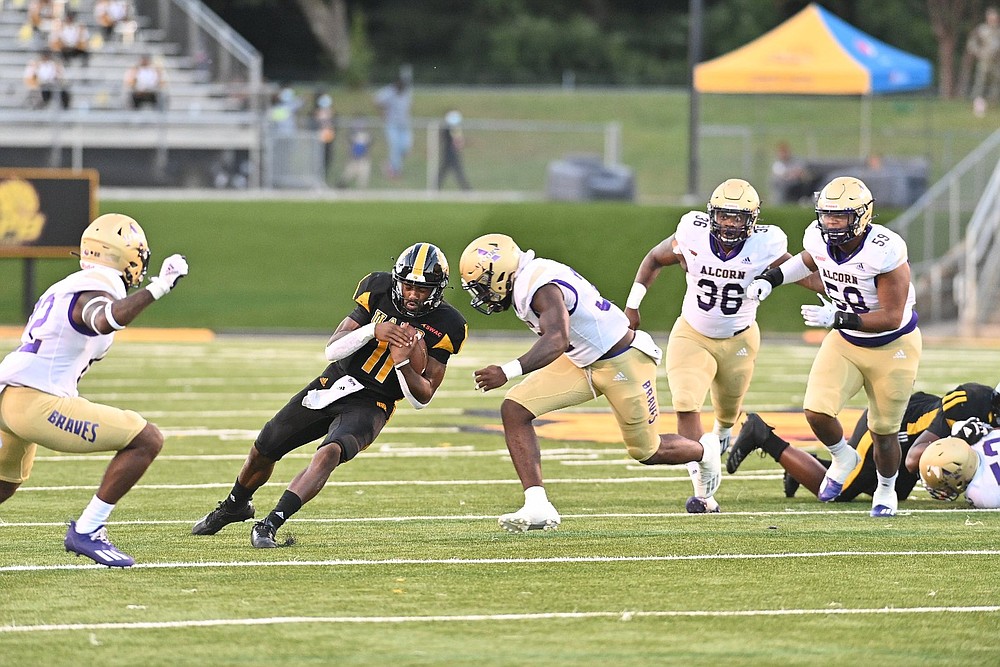 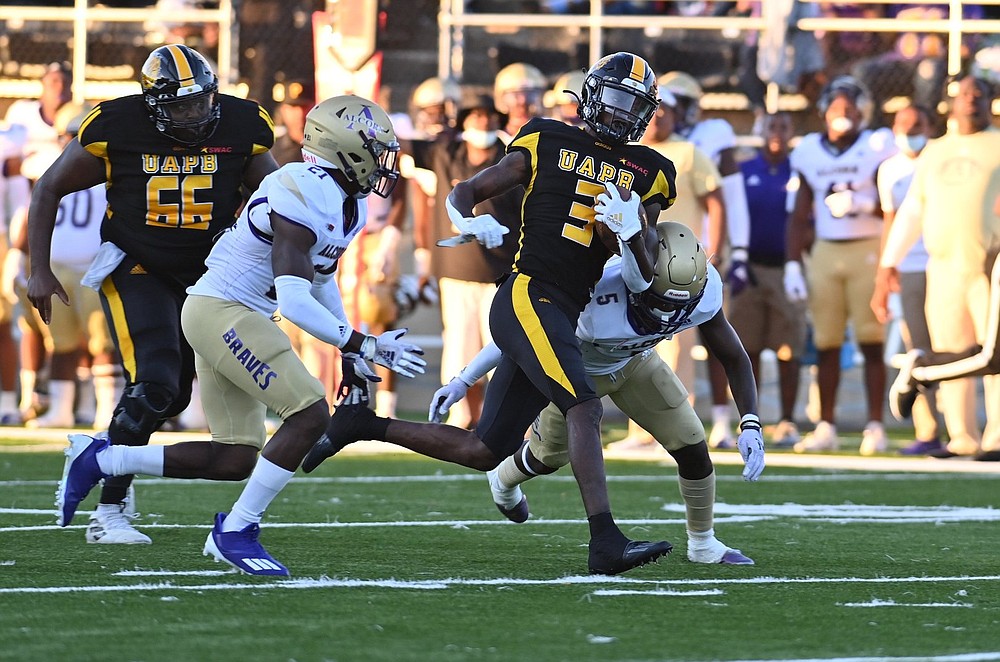 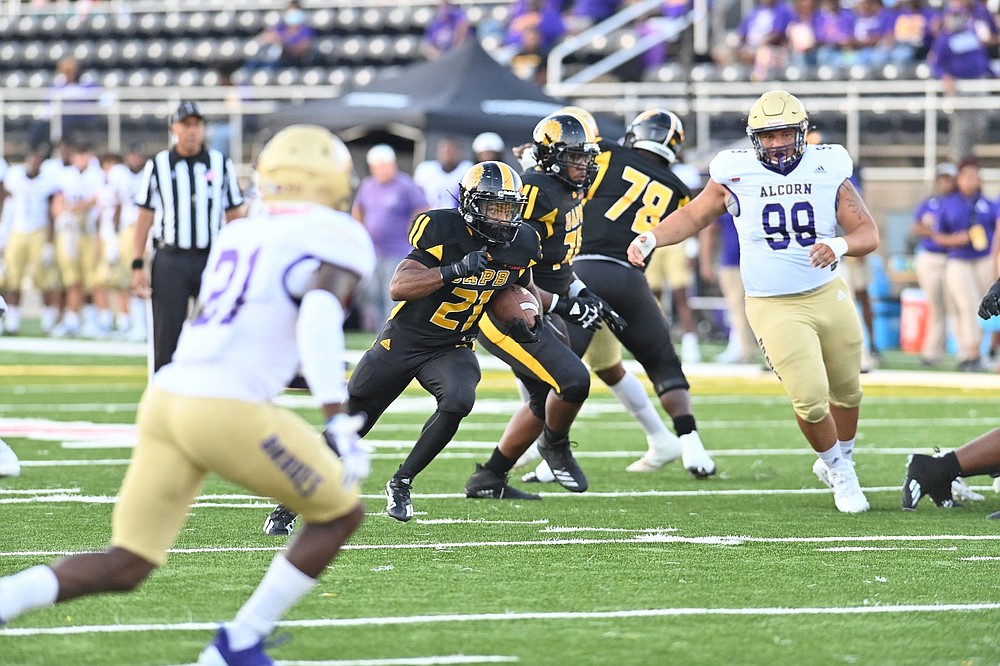