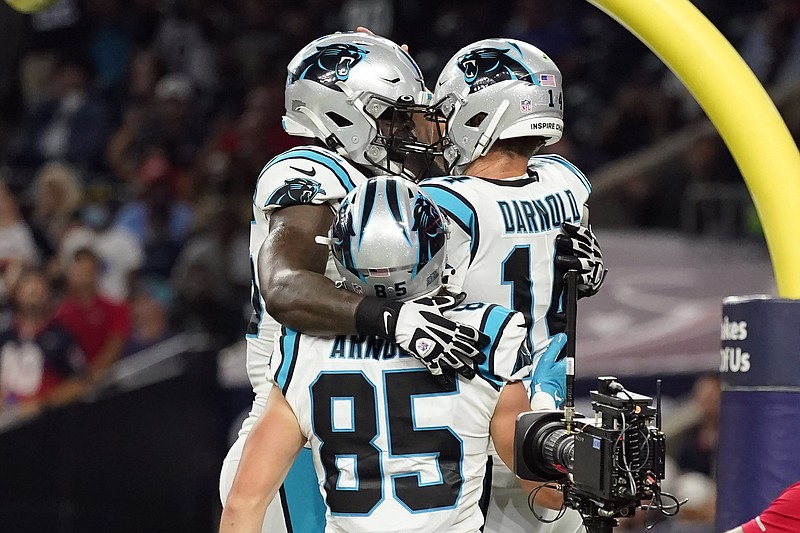 HOUSTON -- Sam Darnold threw for 304 yards and ran for two touchdowns, and the Carolina Panthers eased past the Houston Texans 24-9 on Thursday night despite losing Christian McCaffrey to a hamstring injury early in the second quarter.

The Panthers are 3-0 for the first time since 2015 when they opened the season 14-0 and reached the Super Bowl.

Carolina's top-ranked defense put the squeeze on Houston rookie Davis Mills in his first career start, sacking him four times and holding him to 168 yards passing. Mills was pressed into action after Tyrod Taylor suffered a hamstring injury last Sunday and was placed on injured reserve.

Darnold was efficient as he continues to revitalize his career with the Panthers after being cast aside by the New York Jets. But he could face some serious adversity if McCaffrey is forced to miss significant time.

McCaffrey came in leading the league in scrimmage yards, the same thing he did in the 2019 season. But he missed all but three games last year with various injuries as the Panthers sputtered to 5-11 in Coach Matt Rhule's first year.

Darnold rushed for Carolina's first score in the first quarter and put the game away when he bulled in from 1 yard out to make it 24-9 with about four minutes left, losing his helmet in the process.

Mills threw for a touchdown and avoided big mistakes after he threw an interception in the second half of Sunday's loss at Cleveland. But the Texans (1-2) couldn't run the ball, finishing with 42 yards on the ground, and that forced Mills into tough down-and-distance situations as Houston punted six times.

Mills' favorite target was Brandin Cooks, who had nine receptions for 112 yards.

Darnold's 5-yard run put the Panthers ahead early and McCaffrey was injured on Carolina's next drive. Rookie Chuba Hubbard was stopped for no gain on fourth-and-1 from the Houston 5 to end that possession.

Hubbard, a fourth-round pick from Oklahoma State, finished with 11 carries for 52 yards and 3 receptions for 27 yards.

Anthony Miller grabbed a 1-yard touchdown pass about 30 seconds before halftime, but Joey Slye missed the extra point. Miller made his debut with the Texans after he missed the first two games with a shoulder injury.

Tommy Tremble dashed untouched into the end zone from 7 yards out to put Carolina ahead 14-6 in the third quarter. The teams traded field goals before Darnold's short rush on third-and-goal capped a 12-play drive that put it away. 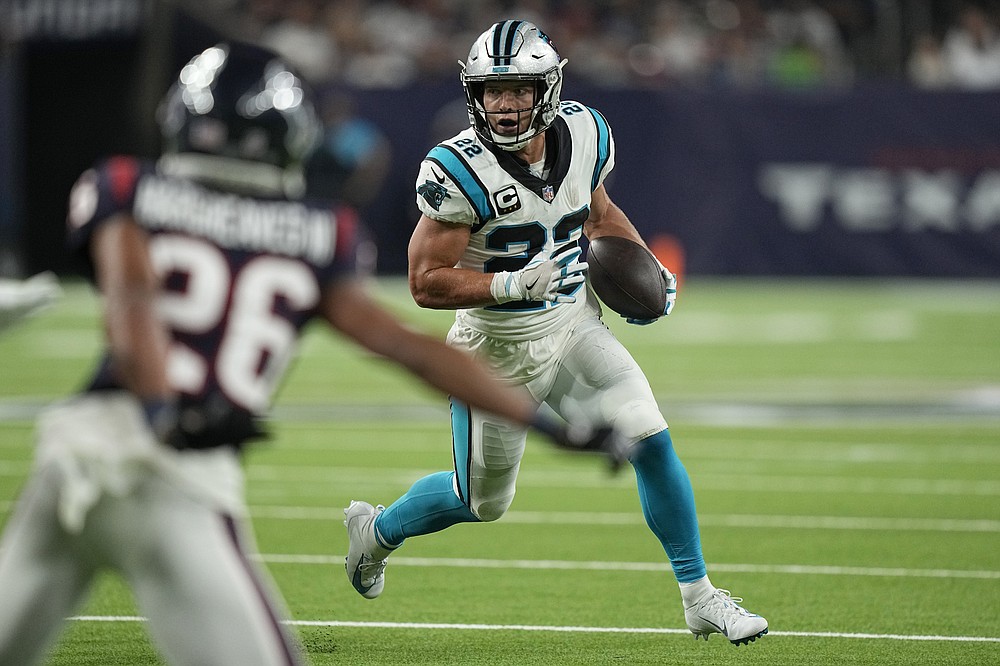 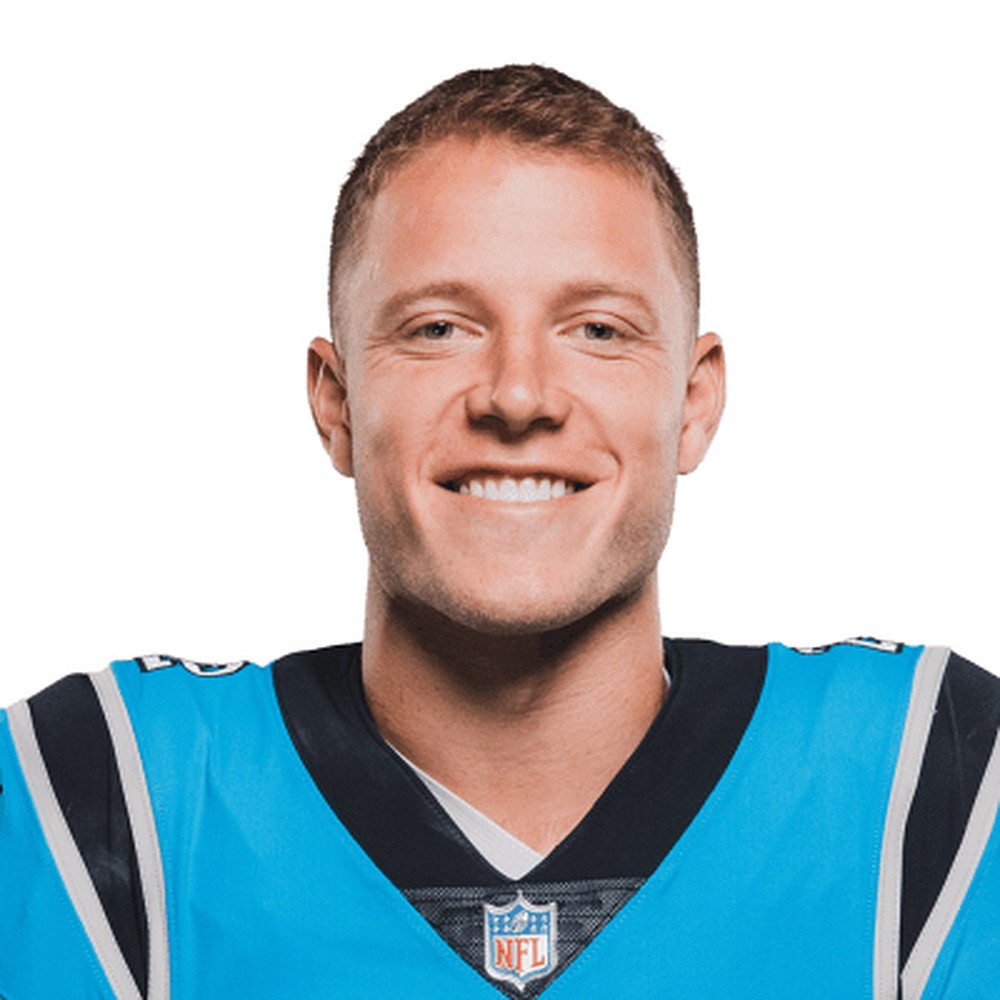 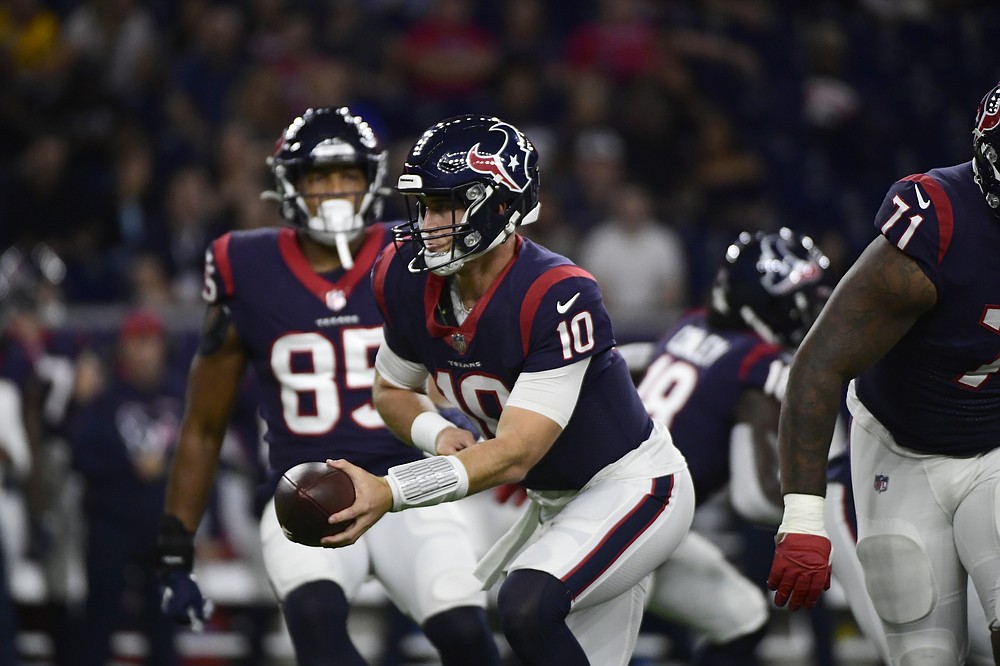 Houston Texans quarterback Davis Mills (10) looks to hand the ball off during the first half of an NFL football game against the Carolina Panthers Thursday, Sept. 23, 2021, in Houston. (AP Photo/Justin Rex) 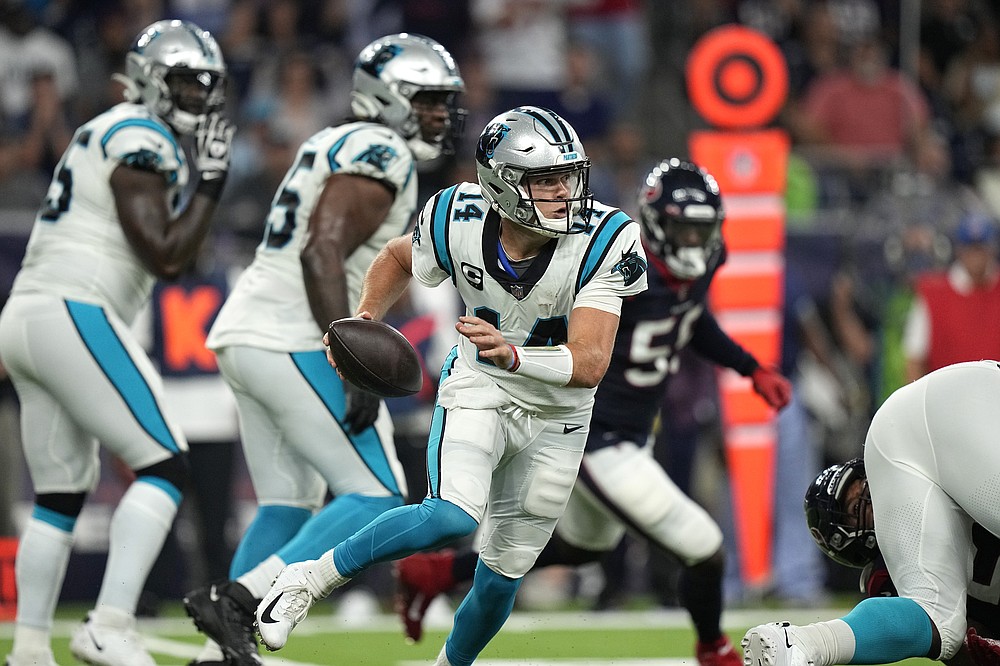 Carolina Panthers quarterback Sam Darnold (14) scrambles out of the pocket against the Houston Texans during the first half of an NFL football game Thursday, Sept. 23, 2021, in Houston. (AP Photo/Eric Christian Smith) 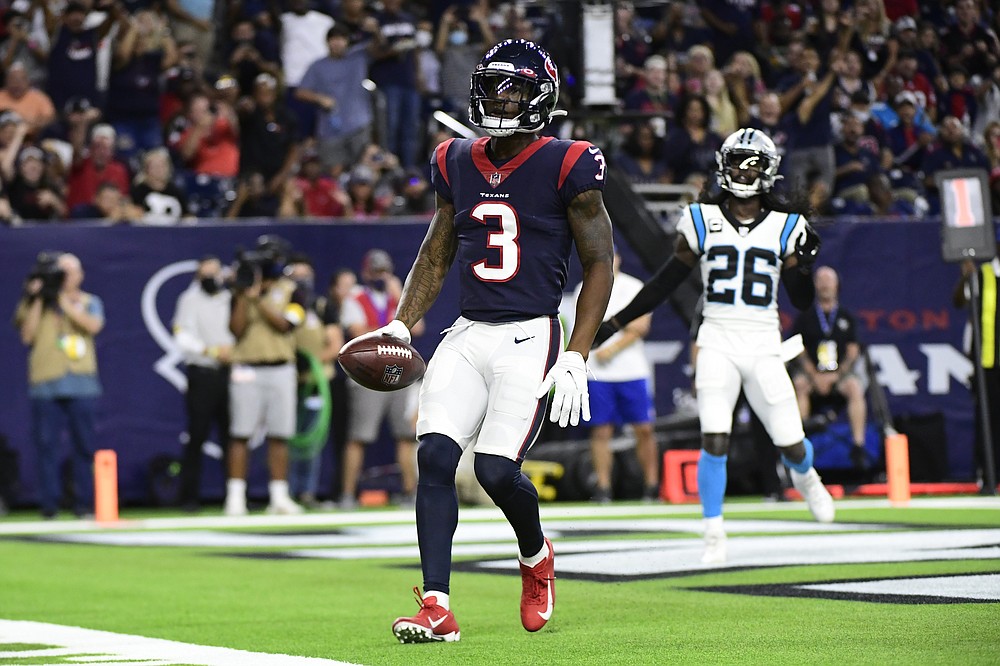 Houston Texans wide receiver Anthony Miller (3) makes a touchdown catch against the Carolina Panthers during the first half of an NFL football game Thursday, Sept. 23, 2021, in Houston. (AP Photo/Justin Rex) 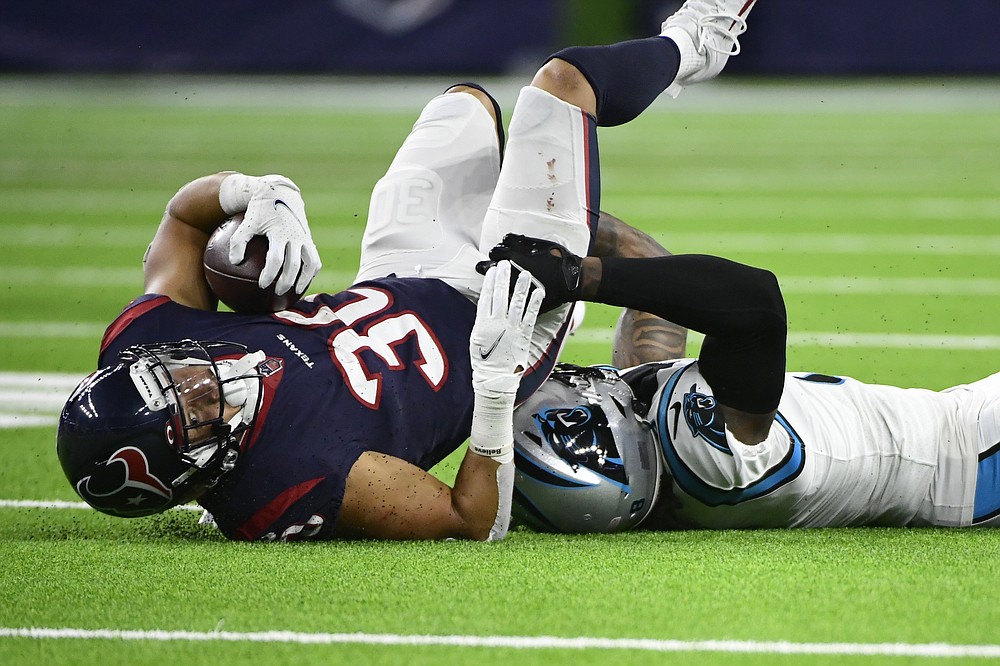 Houston Texans running back Phillip Lindsay (30) is tackled by Carolina Panthers cornerback Jaycee Horn during the second half of an NFL football game Thursday, Sept. 23, 2021, in Houston. (AP Photo/Justin Rex)