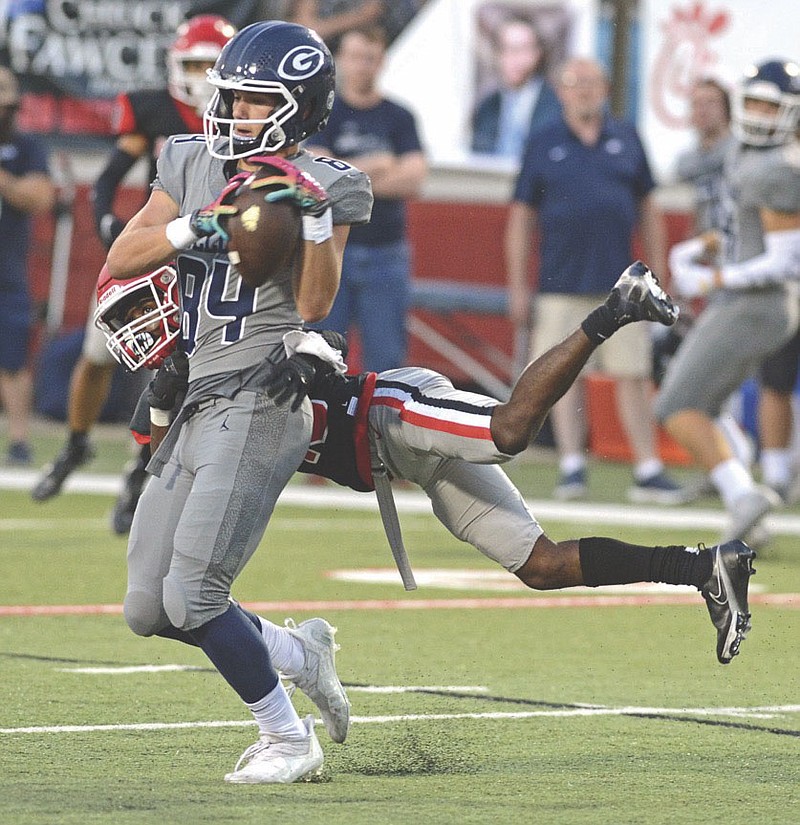 FORT SMITH -- Zavian Zeffer has made a name for himself.

Zeffer has been a main component for Fort Smith Northside's defense each of the last two weeks in key wins over Greenwood and Springdale Har-Ber.

Against Greenwood, Zeffer topped the defensive tackle chart with 13 solo tackles and six assists, and was listed as simply 'X', which is what everyone knows him as, including his coaches.

"They just call me that because of my dad, and his name starts with an X," said Zeffer, whose dad is Xavier.

Friday night, Northside had barely slowed down the Wildcats until Zeffer intercepted a pass on the fifth play of the fourth quarter.

"We were in Cover 1," Zeffer said. "I was supposed to be deep, but I saw the quarterback scramble and there was a man running across the field. They'd been hitting that the whole game. He overthrew him and the ball just landed in my hands."

"We needed a stop," Zeffer said. "Every time we went out on the field, the coaches were telling us we needed a pick. We got one."

"I think it gave our kids that excitement, that we're in this thing and the defense made a stop," Northside coach Mike Falleur said. "That got us back in it."

Pum Savoy also intercepted a pass in the fourth quarter, and R.J. Lester recovered a fumble after Har-Ber tried a desperation hook and lateral on the game's final play.

"We all knew we needed a stop if we were going to come back," Zeffer said. "We've been locked in."

The Grizzlies had 20 offensive plays in the fourth quarter, racked up 326 yards and nine first downs to score the four touchdowns.

"At that time, it had been a track meet," Northside defensive coordinator Felix Curry said. "They were up and down the field, and we couldn't find a way to stop them. To come up with the turnover, that changed the tempo and helped us."

After Savoy's interception with 1:27 left, Northside took over at the 14 and scored in six plays on a 39-yard touchdown pass from Walker Catsavis to Josh Hardwick with 23 seconds left.

In all, Northside set a single-game school record with 741 yards.

"I was excited that our kids just kept playing and making plays," Falleur said. "They never got down."

Northside's defense has made key plays during clutch situations in each of the first three games.

"They have," Northside defensive coordinator Felix Curry said. "Unfortunately, to give us a chance because we had stunk it up for three quarters against Har-Ber so we took that opportunity. We needed to step up and do something."

Against Southside, Northside's defense had five fourth-down stops in a 31-16 win.

Against Greenwood, Jack Green intercepted a pass and returned it 64 yards for a touchdown in a 29-20 win.

Northside's defense will need more of that on Friday when Bryant comes calling to Mayo-Thompson Stadium. Bryant has won three straight state championships and is again ranked No. 1 in the state.

"The biggest thing for us is I want to see us go compete," Falleur said. "We haven't competed against them the last two years. Something bad happens, and bam, bam, and then let it go. I hope this team knows they have the ability to play with them. They just need to go do it."

Bryant's 32-game winning streak was snapped last week with a 24-21 loss at Longview, Texas. The Hornets, though, still have a 14-game 7A-Central winning streak.

Following is a list of Northside’s games against No. 1 ranked teams, according to the Associated Press or Arkansas Sports Media poll, during the regular season since the merger of the big-school conference in 1983:

(Northside is 4-13 against No. 1 ranked teams in the regular season since the merger of the big-school conference in 1983)