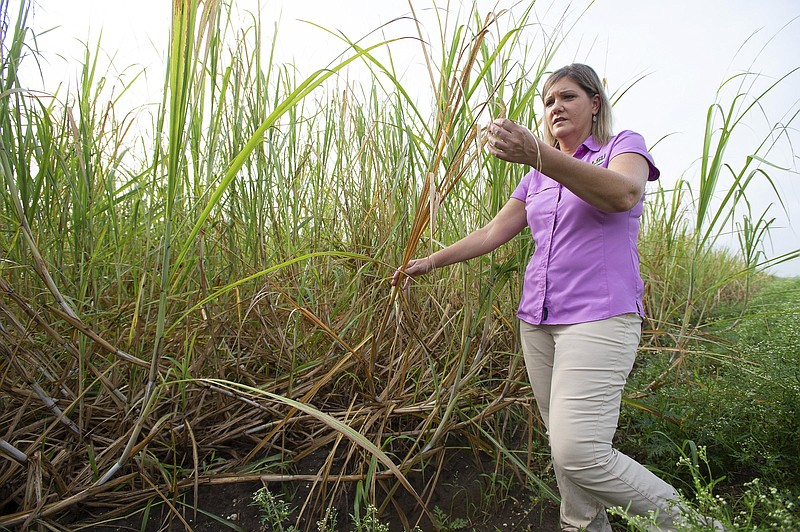 BATON ROUGE -- Hurricane Ida's winds and floods did at least $584 million in damage to agriculture in Louisiana, experts at the Louisiana State University AgCenter estimate.

More than half of that -- $315.9 million -- is timber damage, with another $207 million, or 35% of the total, in damage to buildings, equipment and other infrastructure, economist Kurt Guidry said.

The estimate doesn't include severe damage to the seafood industry, which will be estimated by the Department of Wildlife and Fisheries, according to an AgCenter news release Thursday.

"This storm was a monster," said Thomas Hymel, an agent with the AgCenter and Louisiana Sea Grant. "It has just blown apart the supply chain, the infrastructure and the docks. Some of these places will take a long time to recover."

His total includes estimates for damage still to come, including likely increased production costs and reduced yields for crops still in fields.

Winds damaged about 168,000 acres of timber, the state's most lucrative crop, snapping pines and damaging hardwood trees in 11 parishes. That accounts for more than $300 million in damage, about half of it in Tangipahoa Parish, Guidry said.

It's hard to salvage such trees before disease and other problems make them unusable -- only 1% to 2% of timber felled by last year's hurricanes Laura and Delta could be sold, AgCenter economists have estimated. In addition, their earlier report said, so much fallen timber floods the market, hurting prices and sales.

Guidry's report was based on information from agricultural extension agents and commodity specialists around Louisiana, as well as the state Department of Agriculture and Forestry and the U.S. Forest Service.

Reduced yields on about 139,000 acres of sugar cane is likely to cost farmers about $35.4 million, he wrote. The acreage is about one-quarter of Louisiana's total and the likely damage about 7% of the total annual value, he said.

Cane that was blown down can rise again, but that uses energy, leaving less sugar at harvest, said Renee Castro, an AgCenter agent.

In addition, she said, "Some of the leaves are shredded, the tops are brown and because of that, the ripener that they're spraying on the cane at this time before harvest might not take."

Hurricane damage and interruption and operations will hurt some sugar mills, Guidry said, though he did not have an estimate for that.

He estimated that Ida will cost produce and ornamental horticulture about $9.5 million, including $5.9 million in damage to greenhouses and other infrastructure.