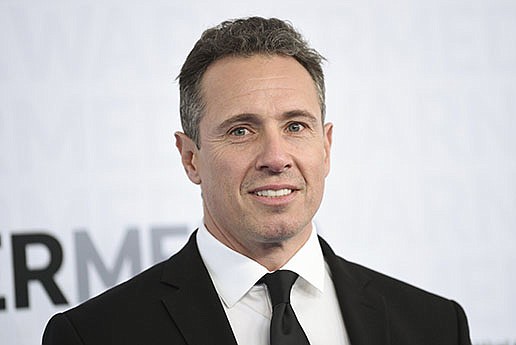 • A veteran TV news executive says CNN anchor Chris Cuomo sexually harassed her by squeezing her buttocks at a party in 2005. Shelley Ross said in an opinion piece in The New York Times on Friday that Cuomo, who had formerly reported to her at ABC News, greeted her with a bear hug "while lowering one hand to firmly grab and squeeze the cheek of my buttock" while she was at a party with her husband. Ross said Cuomo told her, "I can do this now that you're no longer my boss," and she responded, "No you can't," pushing him off while stepping back to reveal her husband, who had witnessed the episode. Cuomo sent an email shortly afterward saying he was "ashamed." He mentioned a celebrity who had been arrested for similar behavior recently, and apologized to Ross and her husband. Asked for comment, Cuomo told the Times, "As Shelley acknowledges, our interaction was not sexual in nature. It happened 16 years ago in a public setting when she was a top executive at ABC. I apologized to her then, and I meant it." Cuomo, the host of "Cuomo Prime Time," has faced criticism for his role in advising his brother, Andrew Cuomo, who resigned as New York governor last month over allegations of sexual harassment from multiple women. Andrew Cuomo, a Democrat, has denied touching any of the women inappropriately. Ross, who has written previously of being sexually harassed by Roger Ailes, who was ousted from Fox News Channel over harassment complaints, said she is not seeking to have Chris Cuomo fired from CNN, but would like to see him "journalistically repent: agree on air to study the impact of sexism, harassment and gender bias in the workplace, including his own, and then report on it."

• Vice President Kamala Harris' live interview on "The View" was abruptly delayed Friday after two hosts of the talk show learned they had tested positive for covid-19 moments before Harris was to join them on the set. Co-host Sunny Hostin and guest host Ana Navarro were at the table for the start of the show, but then were told to step off the set. Hostin and Navarro had been vaccinated, their colleagues said. Harris, who was to be seated there as well, instead was later interviewed remotely from a different room in the ABC studio in New York. She did not have any contact with either host who tested positive, according to a White House official. Co-hosts Joy Behar and Sara Haines remained on set and conducted the truncated interview. Both the show and aides from the vice president's office wanted to go ahead with the interview and contact tracing was quickly done to make sure Harris would not be exposed to anyone who might have had contact with Navarro and Hostin, officials said. The Secret Service then signed off on using a separate location in the studio. 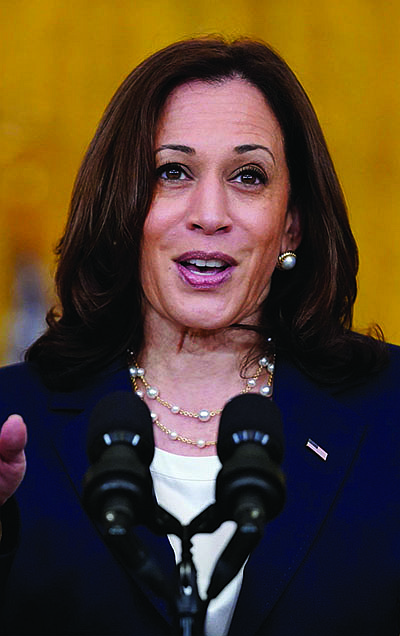