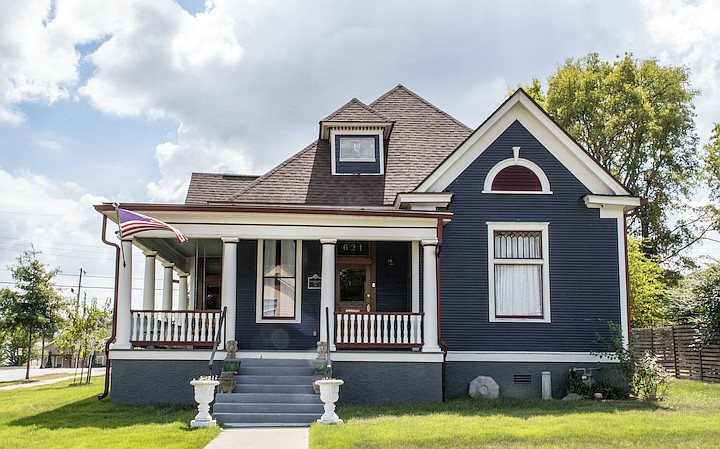 The Kleinschmidt House at 621 E. 16th St. is owned by Cecil and Rep. Denise Ennett. Denise Ennett’s family previously lived in the home and she and her husband moved back to Arkansas following his career in the Air Force. (Arkansas Democrat-Gazette/Cary Jenkins)

Plans are on for the Quapaw Quarter Association's 56th Tour of Homes this fall after being twice throttled, with organizers ready to show off the Pettaway Neighborhood.

"It's an area that has some historic houses, but it also has some very interesting modern infill because it's an area that got hit pretty hard with the tornado in 1999," says Patricia Blick, executive director of the Quapaw Quarter Association. "It's an area where we're seeing a lot of creative design, fitting into the neighborhood."

From noon-4 p.m. on Saturday, Oct. 2, and 1-5 p.m. on Sunday, Oct. 3, holders of tickets, priced at $20 (for early birds) to $30 on day of tour, can tour five houses in Pettaway, east of Main Street, in downtown Little Rock. Masks and proof of covid-19 vaccination will be required for everyone participating in the tours or riding the trolley that will take visitors from home to home.

Tickets priced at $50 include a guided candlelight tour of the homes beginning at 5 p.m. Oct. 2, as well as visits to one of two outdoor champagne bars. There will be pre-packaged snack boxes, put together to minimize contact, in place of the usual hors d'oeurves table.

"People will be able to grab a glass of champagne and have something to eat and then go back into the houses," Blick says.

The Pettaway Neighborhood, originally known as the East of Broadway Neighborhood, was renamed by residents in 2003 in honor of Dr. Charles Pettaway, a well-known doctor, after property owners came together to work on reducing increasing levels of crime associated with drug use and gang activity. 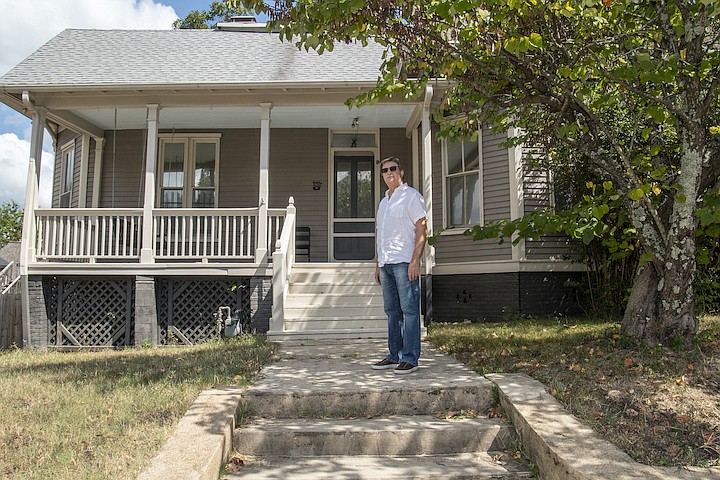 Keith Caviness moved into the Wassell House, 2005 S. Scott St., in late 1998, weeks before a tornado roared through the area and leveled a grocery store two blocks away. He and his family sought shelter in the home’s lower living level, designed for the domestic help when the home was built in 1882. (Arkansas Democrat-Gazette/Cary Jenkins)

Keith Caviness, who owns the Corydon Wassell House at 2005 S. Scott Street, says his neighborhood has changed drastically since he moved in about 22 years ago, just a few years after the release of the HBO documentary "Gang War: Bangin' in Little Rock" that highlighted gang violence in the capital city.

"When I moved here, the neighborhood alert center that's on 21st Street was the home of the 21st Street Posse," he says.

Still, Caviness didn't have any trouble living on Scott Street, in what he describes as a quiet, safe neighborhood.

"Today, the neighborhood is really improving," he says. "There's all kinds of new construction and remodeling going on. People are moving down here and it's growing. They're building a multi-use development down on 21st Street and SoMa has grown. It's a growing, thriving neighborhood."

He nominated the Wassell home for the National Historic Register soon after he bought it.

"It's not one these ornate Victorian designs ... its architectural significance might have gotten it a historic designation but it was nominated because it was an association with Dr. Corydon Wassell, who was a Little Rock native who became a World War II hero," Caviness says.

Less than a month after he moved in, a tornado ripped through the area, leveling a grocery store two blocks away.

"Luckily, I just had some roof damage and a tree down," Caviness says.

He and his family were at home when the storm blew through, and they sought shelter in the lower living area that was designated for the domestic help when the house was built in 1882.

Caviness offers a hint of what tour participants might experience when they walk into his home by describing his first time inside.

"The outdoors wasn't so striking, but then I opened the front door and it just opened into this huge breezeway that runs the length of the house," he says. "I just thought, 'Well, this is really neat.'" 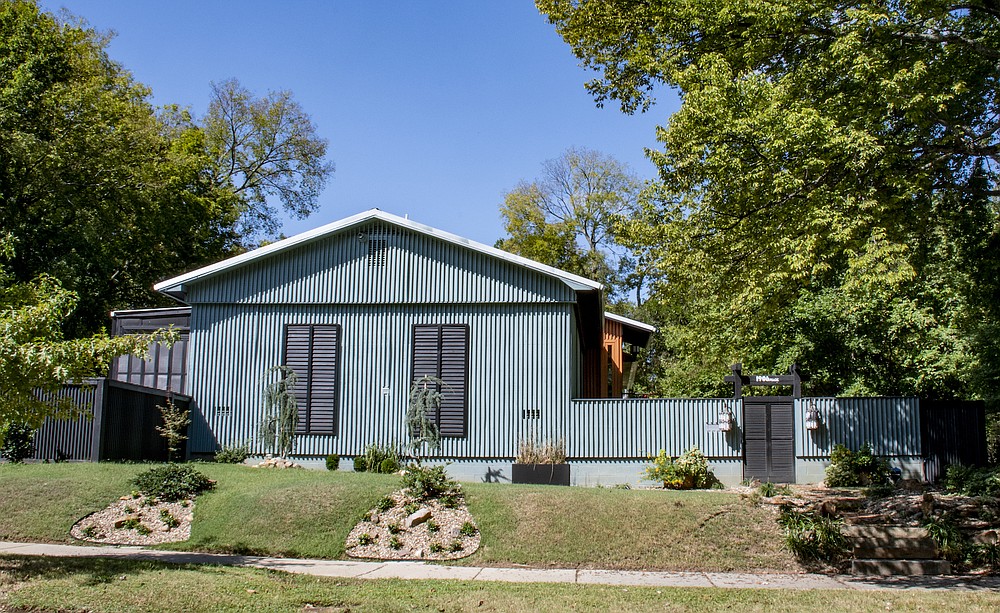 The Des Arc House at 1906 S. Rock St. was cut in half and moved from Des Arc to Little Rock in 2019. Modern flairs were added when the house was reassembled in the Pettaway Neighborhood. (Arkansas Democrat-Gazette/Cary Jenkins)

The house has 13-foot ceilings and spacious rooms and was at no time divided into apartments, as so many historic houses in the area were throughout the years.

"It pretty much retains its original structure, but of course it's had added to it modern amenities such as electricity and plumbing and a kitchen," he says.

Caviness encourages people to join the tour and find out what the Pettaway Neighborhood is all about.

"Come see a neighborhood that has homes with significant roots and historical attraction," he says. "Come see something you maybe weren't aware even existed."

The Quapaw Quarter Association's goal is to preserve Little Rock's historic spaces by saving historic buildings and by revitalizing older neighborhoods. The tour provides not only entertainment but also an opportunity to get people into areas they might not otherwise have visited, in hopes that they might take an interest in preservation efforts, too.

Blick says each of the houses on the tour was chosen because of interesting backgrounds or features. 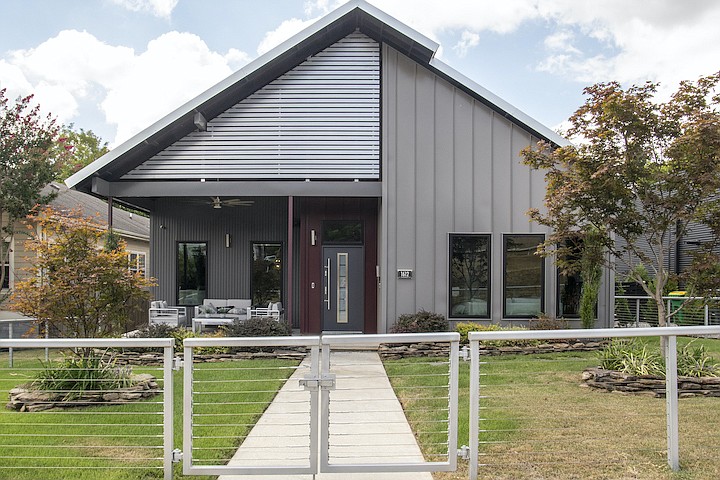 The exterior of the Gentry-Taylor House, 1612 S. Commerce St., is a modern contrast to many of the older homes in the historic Pettaway Neighborhood, the setting for the Quapaw Quarter Association’s upcoming Tour of Homes. (Arkansas Democrat-Gazette/Cary Jenkins)

The Kleinschmidt House at 621 E. 16th Street, built in 1907 by German immigrant Gustave B. Kleinschmidt, is owned by Cecil and Rep. Denise Ennett.

Denise Ennett's family previously owned the house and had rented it out when they bought another historic house.

"When Denise and Cecil came back to Arkansas — he's an Air Force veteran — they rehabbed this house and this is where they're raising their kids," Blick says. "I just love the story of it being her family home and her leaving and then coming back."

Kleinschmidt built several houses in the area, but most have been demolished as the result of neglect, leveled for the construction of Interstate 630 or were destroyed, by the tornado, Blicksays.

The Des Arc House at 1906 S. Rock St. was originally built in 1965 by the current owner's grandfather on land in Des Arc, but it was slated to be torn down because it was in a flood plain. It was cut in half and moved to the Pettaway Neighborhood in 2019 where it was reassembled and remodeled in a more modern layout.

Another more contemporary structure on the list is the Gentry-Taylor House at 1615 S. Commerce St., built in 2019-2020 on what was a vacant lot. The house, designed by gus design coop's David Anderson, is owned by Frederick Gentry and Jason Taylor. 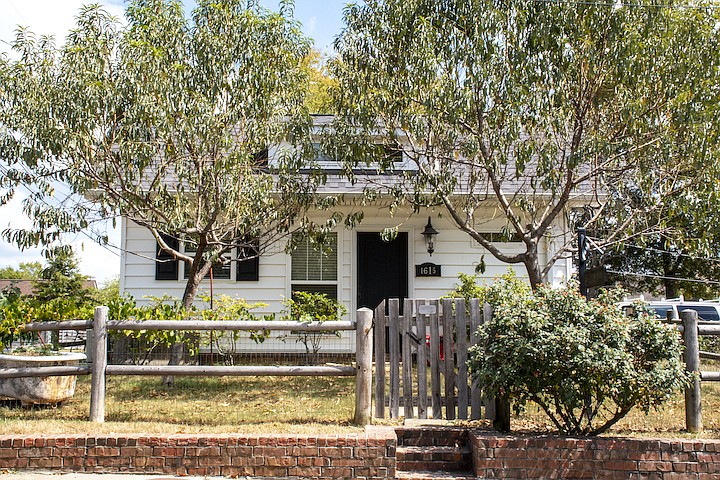 The Tiny House, 1615 Park Lane, built by Mike Orndorff, is one of three tiny homes within one block in the Pettaway Neighborhood. At just 270-square feet, this home is used as an Airbnb rental. (Arkansas Democrat-Gazette/Cary Jenkins)

"They kind of did a new twist on historic material and configuration and it's just awesome," Blick says. "They entertain a lot and they designed this house for entertainment."

"It was built by Mike Orndorff," Blick says. "He uses this as a short-term rental but I think he also wants to see if this would work for permanent housing. It's a cute little traditional cottage form, and it's kind of a fun, foreign, quirky little building."

The tour, traditionally held over Mother's Day weekend, was canceled in 2020 because of covid-19 restrictions. Organizers hoped that it could be safely held in the fall, but as covid-19 case numbers rose they opted to postpone it again. While the tour will go on, the dinner that is normally held during the event was canceled out of precaution.

"We would encourage participants to go to SoMa and have dinner or have brunch before they start on Sunday," says Blick, adding that the Main Street Food Festival is also scheduled for Oct. 2. "We're hoping that this will also bring some support to the commercial area adjacent to Pettaway."