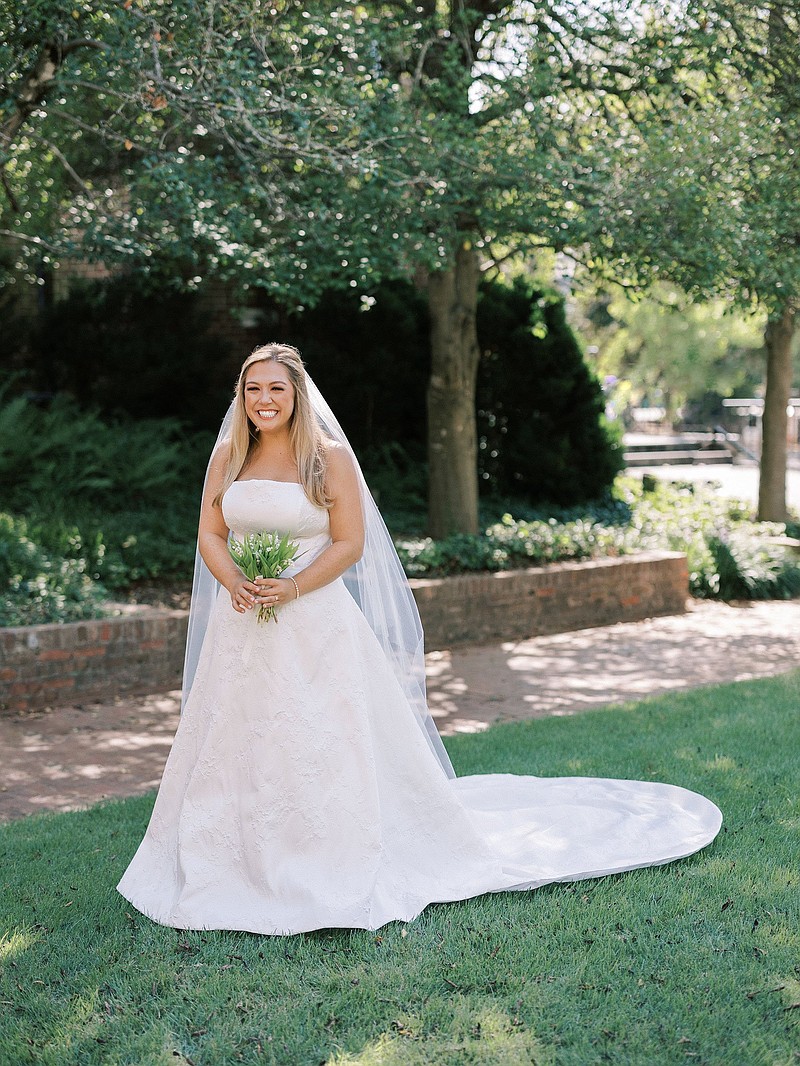 June and Jeffrey Thomas of Little Rock are the parents of the bride. She is the granddaughter of R.H. and the late Marion Morrow and Carol Anne and the late Mike Thomas.

Parents of the groom are Denise and Jeffrey Brian Dowden of Fayetteville. He is the grandson of Bobbie and Bill Cunningham, Barbara Hilburn and the late Ben Dowden.

The bride, escorted by her father, wore a strapless A-line gown of brocaded silk and carried a bouquet of lily of the valley.

Matron of honor was Olivia Morley Thomas, sister-in-law of the bride, and maid of honor was Sarah Catherine Alexander, both of Little Rock. Bridesmaids were Lauren Elizabeth Dowden, sister of the groom, and Courtney Elizabeth Cole, both of Fayetteville; Meghan Elizabeth McDonald of Houston; Macy Kaitlin Easley of New Orleans; Savannah Janine Wolfe of New York; Helen Spradling Hathaway of Washington; Kathryn Anderson Travis of St. Louis; and Michelle Cooper Dailey of Nashville, Tenn. They wore chiffon gowns in shades of soft blue, green and gray and carried white bouquets.

After the ceremony, a reception was held at the bride's family home. Guest tables covered in French blue cloths held colorful floral arrangements. Music was by Motown.

The bride is a graduate of the University of Arkansas, Fayetteville with a bachelor's degree in English literature and art history. She is a grants manager with the Arkansas Blue Cross and Blue Shield Blue & You Foundation.

The groom is a graduate of the University of Mississippi with a bachelor's degree in integrated marketing communications. He graduated with a master of laws degree in agriculture law and policy from the University of Arkansas School of Law and is a lawyer in the office of chief counsel, Arkansas Department of Energy and the Environment.

After a honeymoon in Punta Maroma, Mexico, the couple will live in Little Rock.