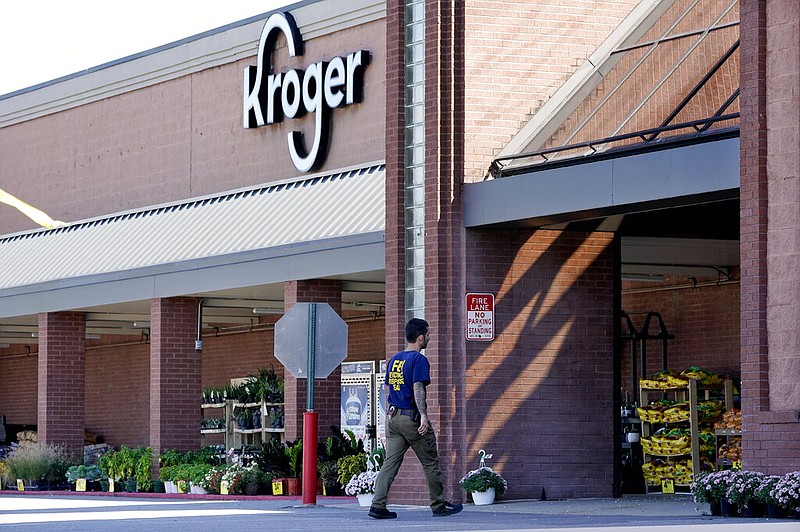 An FBI agent enters a Kroger grocery store in Collierville, Tenn., on Friday, Sept. 24, 2021. Police say a gunman, who has been identified as a third-party vendor to the store, attacked people on Thursday, Sept. 23, killing one and wounding others before being found dead of an apparent self-inflicted gunshot wound. (AP/Mark Humphrey)

MEMPHIS — Six people wounded in a mass shooting at a Tennessee supermarket are no longer in critical condition, a hospital spokeswoman said Sunday.

One person was in serious condition and five others were in good condition, Angie Golding, a spokeswoman for Regional One Health in Memphis, told news outlets.

On Thursday, a gunman killed one person and himself and wounded 14 others at a Kroger in Collierville, an upscale suburb 30 miles east of Memphis. The victims included 10 employees and five customers, police said.

Police identified the gunman as UK Thang. He worked in a sushi business at the store and was the son of refugees from Burma who had settled in Nashville, according to Aung Kyaw, a family friend.

The Collierville store remained closed as of Sunday.