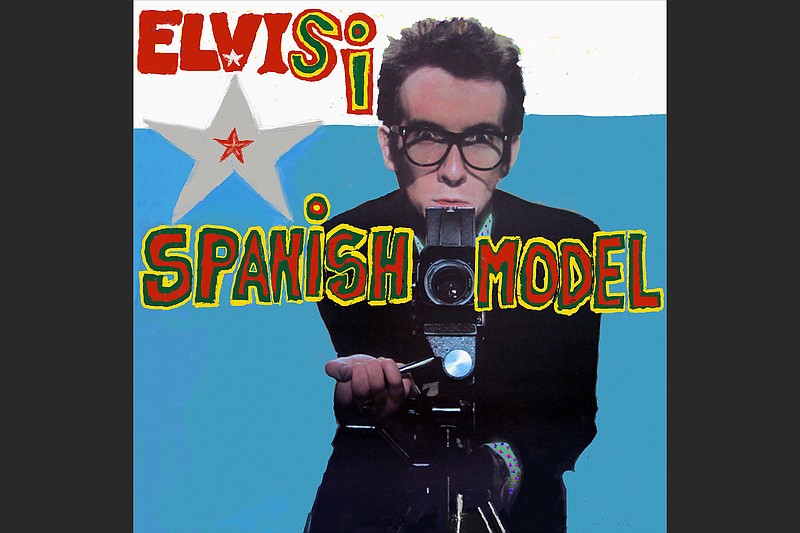 It would be easy to look at "Spanish Model," the recently released Spanish-language version of the 1978 Elvis Costello and the Attractions album "This Year's Model," as a business decision.

After all, Spanish has begun to challenge English as the lingua franca of the pop world, as the single "Despacito" by Puerto Rican singer Luis Fonsi (abetted by rapper Daddy Yankee) was the best-selling and most-streamed song of 2017 in the United States. And Latin America was the fastest-growing sector of the global music industry in 2020, with revenues increasing by 16%.

So what's a 67-year-old heritage artist have to lose by repurposing the original instrumental tracks of a 43-year-old album, wiping off his own lead vocals and enlisting some of the hottest artists — Fonsi, Chilean talent-show winner Cami, Juanes, Oscar-winner Jorge Drexler, Menudo alumnus Draco Rosa, Jesse & Joy and others — from across the Latin popscapes to sing over them?

As it turns out, "Spanish Model" is a playful and generous project, even if one can't quite imagine that the original record meant much to any of the 19 artists who've re-interpreted the material in their native tongue.

"This Year's Model" was the first album with Costello and the Attractions, following his 1977 debut "My Aim Is True," on which he was backed primarily by members of American country rock band Clover, though future Attraction Steve Nieve played organ and piano on "Watching the Detectives."

It might be the most commercial punk album ever released, cracking and blistering and lyrically setting the standard for intelligent punk rock (which might be oxymoronic but is entirely in keeping with the swindleous spirit of rock 'n' roll). I occasionally listen to the record all the way through and invariably want to sing along with "Pump It Up," "This Year's Girl" and "Radio, Radio." (I don't though. I really don't. Unless I'm in the car. Alone.)

For me and a lot of members of my generation (the notorious baby boomers), "This Year's Model" is a touchstone, a nostalgic reminder of those days when we hated nostalgia and meant to claim the world for ourselves. (We wanted the world and we got it. All apologies to succeeding generations.)

So hearing the "Spanish Model" tracks is at once reassuring and strange; we know the timing, the snap and doom of Pete Thomas' kit, the bounce of Bruce (no relation) Thomas' bass, but instead of Elvis' snarl we get this frankly foreign sound. Given the ubiquity of remixes and sampling, it's not exactly a shocking revelation, but it is a jolt.

And if, like me and Elvis Costello, your knowledge of Spanish is rudimentary, it can go one of two ways. You might find it disconcerting, or you might relax into the emotive melodic flow of vowels and consonants.

One of the problems some of us have with music is becoming overly focused on lyrics. Pop songs are not English literature, no matter how talented the lyricist, and we ought to understand there's no profit in forcing sense into silly love songs.

Sometimes an aural experience is improved when we divorce ourselves from interpretation, Chet Baker's singing is best received as a sequencing of tones — what he's doing might sound simplistic until we hear how he centers on the note and delivers it without vibrato or any other embellishment, with a kind of purity more akin to a horn than a human voice.

When Ella Fitzgerald scats, she's not singing nonsense — she's investigating emotional territories and mystery beyond the ken of language.

Obviously Spanish is a language, just not the language for me and a lot of people who are familiar with "This Year's Model." The song lyrics have been rewritten, and there's a radical shift in "This Year's Girl," a track that can be read as misogynistic — "You want her broken with her mouth wide open 'cause she's this year's girl," runs the English language lyric — even if you're inclined to make allowances for its '70s context. ("This Year's Model" was released a couple of months before the Stones' "Some Girls" and two years after their "Black and Blue.")

As an aside, a couple of years ago in a perceptive essay about "outgrowing" Costello, published on tonemadison.com, writer Holly Marley-Henschen excepted "This Year's Girl" from the Elvis songs she now finds objectionable on the grounds that it "disparages a vapid, trendy attraction to an 'It Girl'' and not the "It Girl" herself.

And that's true; Costello's lyric is more about the singer's loathing of and disgust with the obsessive fan — who in Elvis World could possibly be the singer himself — than the unapproachable object. By replacing Costello's voice with Chilean solo artist Cami's, one interesting tension is inserted for another. Cami rose to fame as the winner of a "Chile's Got Talent!"-style game show, becoming an instant celebrity in her country.

[Video not showing above? Click here to watch: arkansasonline.com/926chica]

Cami's version of "This Year's Girl," re-titled "La Chica De Hoy" ("Today's Girl"), smooths over some of the more acidic lines while signaling solidarity with the subject. The above-quoted line becomes La boca abierta y desnutrida porque es la chica de hoy — or, as Google tells me, "Mouth open and malnourished because she's today's girl," which elides the explicitly violent image of physical violence (and possibly even improves Costello's lyric by alluding to an eating disorder).

Yet, while fluency in Spanish almost certainly unlocks another level of the song, you don't have to know what's she's singing about to appreciate Cami's heady, exuberant reading. Her vocal doesn't arrive until 38 seconds into the 3-minute, 40-second track and, if your brain has been dog-trotted by 43 years of listening to the Elvis-sung version, it arrives with shock and smile-inducing uplift.

Switching genders of the narrator is a canny move, code-switching the perspective away from the male gaze. While part of what makes Costello so compelling as a lyricist is his willingness to grapple with the potential ugliness within, many if not most of his songs are sung from the point of view of creepy men.

Naturally some people will conflate the singer with the song, and Costello is honest enough to admit to empathy with, to use Thomas Wolfe's phrase, "God's Lonely Man." But Cami's sympathies quite clearly lie with the woman on the magazine cover, even if we can't catch more than a word or two as they buzz by.

The album's production notes insist that the original lyrics were adapted into Spanish as accurately as possible, with Sebastian Krys, the Argentine-born producer on the project, enlisting the help of established Spanish-language songwriters like Andie Sandoval, Ximena Munoz, Elsten Torres, Luis Mitre and Mercedes Migel "Vega" Carpio to rewrite words. But even if we assume a certain fidelity to original intent, changing the actor necessarily changes the role.

Costello has never denied his past, although he can sometimes be sheepish about the angry young man persona he aggressively presented in those days. In 1977, after "My Aim Is True" was released, he told journalist Nick Kent of the U.K. publication NME that "the only motivation points for me, writing all these songs, are revenge and guilt. Those are the only emotions I know about, the only ones that I know I can feel. Love? I dunno what that means really, and it doesn't exist in my songs." 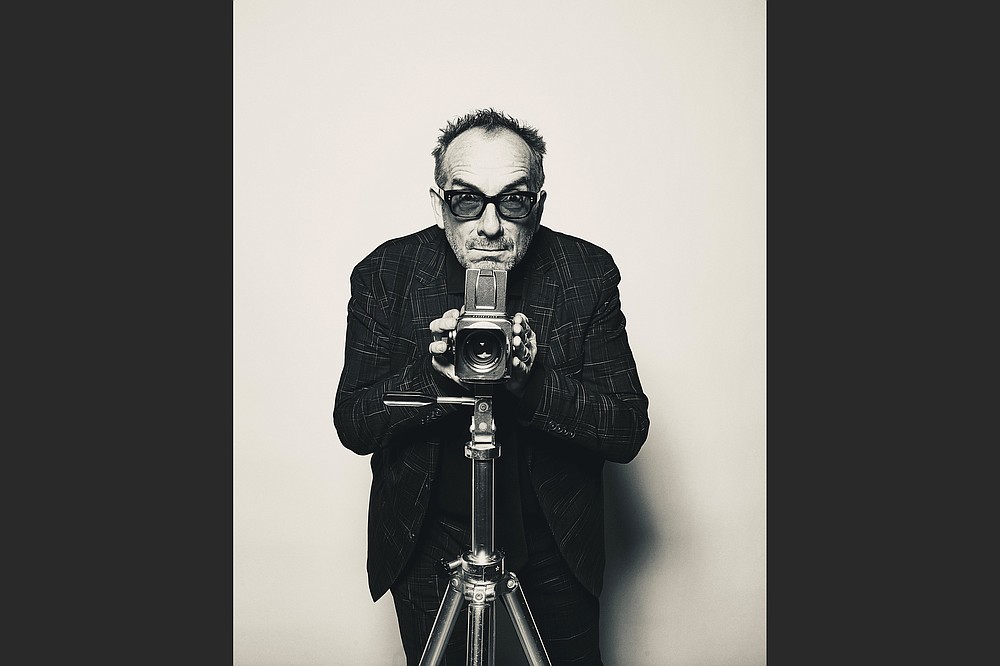 Forty three years after the release of the seminal pop punk album “This Year’s Model,” Elvis Costello turned the instrumental tracks over to a new crop of Spanish language singers. The result is the new album “Spanish Model.”

Yet you can sometimes feel it here, if only in the reverence with which some of these artists approach the material. Maybe half the tracks on "Spanish Model" are fine, just fine, but more or less faithful to Costello's version.

Fonsi — the "Despacito" guy — covers "You Belong to Me" (re-titled "Tu Eres Para Mi") almost politely. Colombian pop band Morat's version of "Lipstick Vogue" fails to catch. I like the attitude displayed by Gian Marco and daughter Nicole Zignago on their version of "Crawling to the U.S.A.," but the darker overtones of this immigrant song are completely lost, at least on a non-Spanish speaker. It might have a different effect on someone who actually understands the words.

Another song on the album that's sometimes decried as misogynistic, "Little Triggers," is also performed by a female vocalist, La Santa Cecilia singer Marisol "La Marisoul" Hernandez. Re-titled "Detonantes," it's the same soul ballad (the original album's only ballad), only performed by a singer whose instrument is far more supple and dynamic than Costello's idiosyncratic voice.

Whether you prefer Costello's artfully strained vocal or Hernandez's powerhouse one, the inversion of the sexual politics is interesting and suggests that a level of care went into fitting the artists to the material.

That's probably why Jorge Drexler was assigned "Night Rally," an explicitly anti-fascist song. Drexler grew up in Uruguay, a country ruled by military dictatorship in the '70s and '80s; it's a canny move. Re-titled "La Turba," the new track has an eerie poignancy reminiscent of some of Warren Zevon's collaborations with Jorge Calderon.

On the retooled "Radio, Radio" (the title of several tracks remain in English), Argentine rock hero Fito Paez, who at 58 is old enough to remember the original, has a good time with the lyrics, singing (in Spanish), "I'm getting very British/Night falls and 'This Year's Model' sounds" and winds up the performance sputtering in English: "I want to hear this song on the ... radio, man!"

Chances of that happening aren't good, though you can hear the original Phil Spector-ish track occasionally on oldies radio — an irony that can't be lost on Costello, who has traveled the path from abrasive sneering punk to ecumenical music elder, a species of cultural treasure even if you can't take the way he sings.

"Spanish Model" will solve that problem for some portion of the population, while Elvis fans might take in the playful spirit in which it is offered. One of the catchier albums of all time — not that far behind Marshall Crenshaw's 1982 debut album — rejiggered to focus on the remarkable vocal melodies. It's a new way of hearing old familiars.

And maybe a good business plan too.