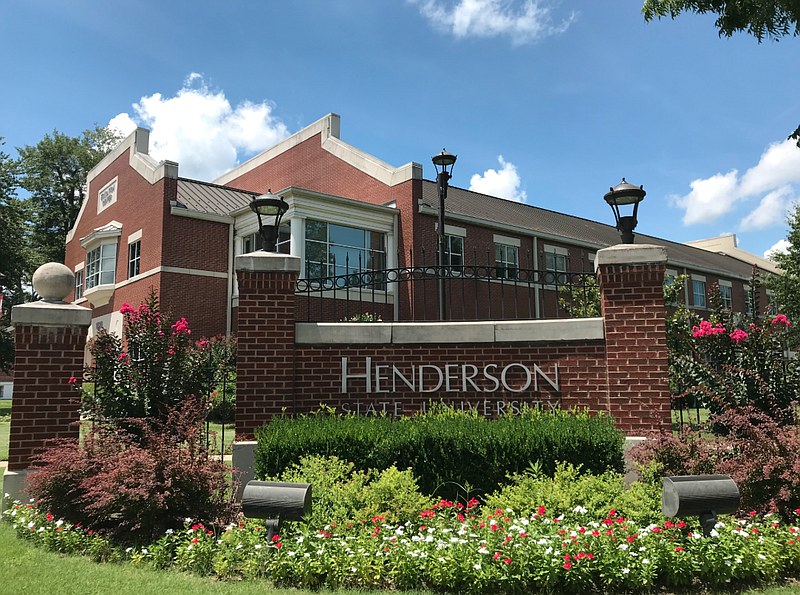 Fewer students enrolled in the state's public universities than a year ago, according to preliminary data from the state Division of Higher Education.

The latest decline continues a long-term trend, with the second fall semester to take place in the ongoing pandemic proving to be a bounce-back year for only a few schools in terms of enrollment.

Total combined enrollment at the state's 11 public universities declined for the fifth consecutive year, falling from more than 100,000 students in fall 2016 to 92,188 students this fall. The totals include enrollment at the University of Arkansas for Medical Sciences, which increased compared with a year earlier.

Non-high school enrollment at all public universities declined to 85,985 from 86,836 last year, a dip of 1%, according to preliminary data.

[Interactive Arkansas map not showing up above? Click here to see it: arkansasonline.com/927enrolled/]

Fifty-one schools in Arkansas submitted fall enrollment data, including 22 two-year colleges. Among community colleges, all but two -- North Park College, located in Hot Springs, and Phillips Community College of the University of Arkansas, based in Helena-West Helena -- saw declines in their non-high school student enrollment.

For all schools, undergraduate enrollment will decline for the 10th consecutive year, falling from 142,442 students in fall 2011 to a preliminary count of 109,287 this fall, according to data excluding high school students taking college courses.

Colleges in Arkansas and elsewhere for years have been tracking population trends showing anticipated declines in students of traditionally college-going age, said Michael Miller, a professor of higher education at UA-Fayetteville.

Losing students poses a concern to individual colleges because they "need that cash stream from tuition and fee money to be where it is, or higher," Miller said.

"I think every institution in the state is desperately focusing and energetically focusing on recruitment as well as retention right now," Miller said.

UA-Fayetteville gained the most students this fall, its total enrollment rising to 29,068 from 27,562 a year earlier. UA-Pine Bluff, a historically Black university, saw enrollment rise to 2,748, up from 2,668, according to the preliminary data.

Given declines elsewhere, however, colleges must figure out their "right size" and what programs to offer, Miller said.

"How many people do you need in those seats to be financially viable and break even?" Miller said.

Miller said covid-19 has been difficult for many post-secondary institutions, especially community colleges. Pandemic disruptions to work or childcare can keep part-time students from enrolling, he said.

Preliminary data showed community college enrollment declining to 39,697 this fall from 40,238 a year earlier, a decline of about 1.3%. Leaving out concurrently enrolled high school students shows a steeper decline, with preliminary data showing non-high school enrollment down to 28,923 from 30,488, a decline of 5.1% at the state's two-year colleges.

Steve Cole, chancellor at Cossatot Community College of the University of Arkansas, has led the college since 2010.

Based on the most recent U.S. census data, "all the counties that we serve in southwest Arkansas saw population decline," Cole said, adding that "we noticed several years ago" shrinking high schools in the region. The college has its main campus in De Queen.

The college's non-high school enrollment dipped 2.3%, according to state data, falling to 875 students from 896 a year ago.

"We just buckle down and become leaner," Cole said to describe how enrollment declines affect the college.

With covid-19, "nothing is status quo right now," Cole said. The pandemic has affected employment in the area and interrupted some of the college's training partnerships with industry, he added.

Cole said the college will continue its recruiting efforts in high schools and also the wider community.

"There are a lot of nontraditional students that still can be reached, and we're gonna keep doing that, we really are," describing the college as an affordable place for students to gain new skills.

Private university enrollment increased to 14,749 from 14,598 a year ago, an increase of 1%, according to preliminary data that excluded high school students taking college classes.

Miller said that competition for in-state students comes from the big players in online education, like Arizona State University, as well as from campuses outside of Arkansas that seek to bring in large numbers of out-of-state students.

The University of Arkansas at Little Rock announced an effort to boost financial support for incoming students after an enrollment decline this fall. State data showed preliminary total enrollment down to 8,297 from 8,899, a decline of 6.8%.

UALR announced on Sept. 15 that, in fall 2022, qualifying first-time freshman as well as incoming transfers with 11 or fewer credit hours will have their course tuition and fees reduced by half for their first two years of study.

This past summer, UALR offered qualifying incoming freshman a similar reduction in tuition-and-fees.

Cost is "an important element" in a student's decision-making process about college, Miller said, but he added that he still expects to see "some rising costs" overall in higher education.

Looking at recent trends, "you see an increasing number of private companies and businesses issuing credentials or microcredentials saying, 'You have a competency or an ability to do something,'" Miller said, adding that a bachelor's degree isn't required for some well-paying jobs like being a computer coder, for example.

"The universities that are adapting to that kind of thinking and engaging in more nonformal education are the ones that are going to be thriving in the future," Miller said.