Friction results in no Afghan speech at U.N. summit 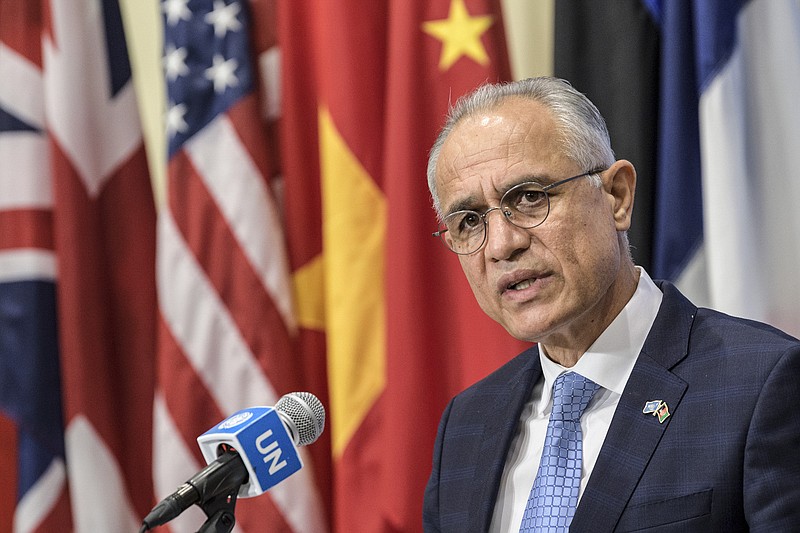 In this Aug. 6, 2021 provided by United Nations Photo, Ghulam M. Isaczai, Afghanistan Ambassador to the United Nations, speaks during a news conference at U.N. headquarters. The dispute between Afghanistan&#x2019;s new Taliban rulers and its former government over who should speak at the United Nations' annual meeting of world leaders finally has an answer: no one. The Taliban had challenged the credentials of the ambassador from Afghanistan&#x2019;s former government, and asked to represent the country at this year's General Assembly summit, which began Sept. 21 and ends Monday. (Manuel El&#xed;as/United Nations Photo via AP)

UNITED NATIONS -- The dispute between Afghanistan's new Taliban rulers and its former government over who should speak at the United Nations' annual meeting of world leaders finally has an answer: no one.

The Taliban had challenged the credentials of the ambassador from Afghanistan's former government and asked to represent the country at this year's General Assembly summit, which began Sept. 21 and ended Monday.

But all challenges to credentials must be heard by the assembly's credentials committee, which generally meets in November and did not convene earlier to hear the challenge.

U.N. spokesperson Stephane Dujarric said that as of Friday, Afghanistan's currently recognized U.N. ambassador, Ghulam Isaczai, was listed as speaking for the country.

But Dujarric told The Associated Press on Monday morning: "We were notified Saturday by the Afghan Mission that they would no longer be speaking."

Afghanistan was scheduled to deliver the final address of the gathering of presidents, prime ministers, monarchs and ministers Monday afternoon. But it was not on the list of speakers issued Monday morning.

The Taliban overran most of Afghanistan last month as U.S. and NATO forces were in the final stages of their chaotic withdrawal from the country after 20 years. The Taliban argue that they are now in charge and have the right to represent the country at the United Nations. Isaczai represents former President Ashraf Ghani's government.

In a letter to U.N. Secretary-General Antonio Guterres, the Taliban's newly appointed foreign minister, Ameer Khan Muttaqi, said Ghani was "ousted" as of Aug. 15 and that countries across the world "no longer recognize him as president."

Therefore, Muttaqi said, Isaczai no longer represents Afghanistan and the Taliban were nominating a new U.N. permanent representative, Mohammad Suhail Shaheen. He was a spokesperson for the Taliban during peace negotiations in Qatar.

"We have all the requirements needed for recognition of a government," Shaheen told the AP on Wednesday. "So we hope the U.N., as a neutral world body, recognize the current government of Afghanistan."

When the Taliban last ruled from 1996 to 2001, the U.N. refused to recognize their government and instead gave Afghanistan's seat to the previous, warlord-dominated government of President Burhanuddin Rabbani, who was killed by a suicide bomber in 2011. It was Rabbani's government that brought Osama bin Laden, the mastermind of the Sept. 11, 2001, attacks, to Afghanistan from Sudan in 1996.

The Taliban have said they want international recognition and financial help to rebuild the war-battered country. But the makeup of the new Taliban government poses a dilemma for the United Nations. Several of the interim ministers -- including Muttaqi -- are on the U.N.'s list of international terrorists and funders of terrorism.

When the credentials committee members do meet, they could use Taliban recognition as leverage to press for a more inclusive government that guarantees human rights, especially for girls who were barred from going to school during their previous rule, and women who weren't able to work. 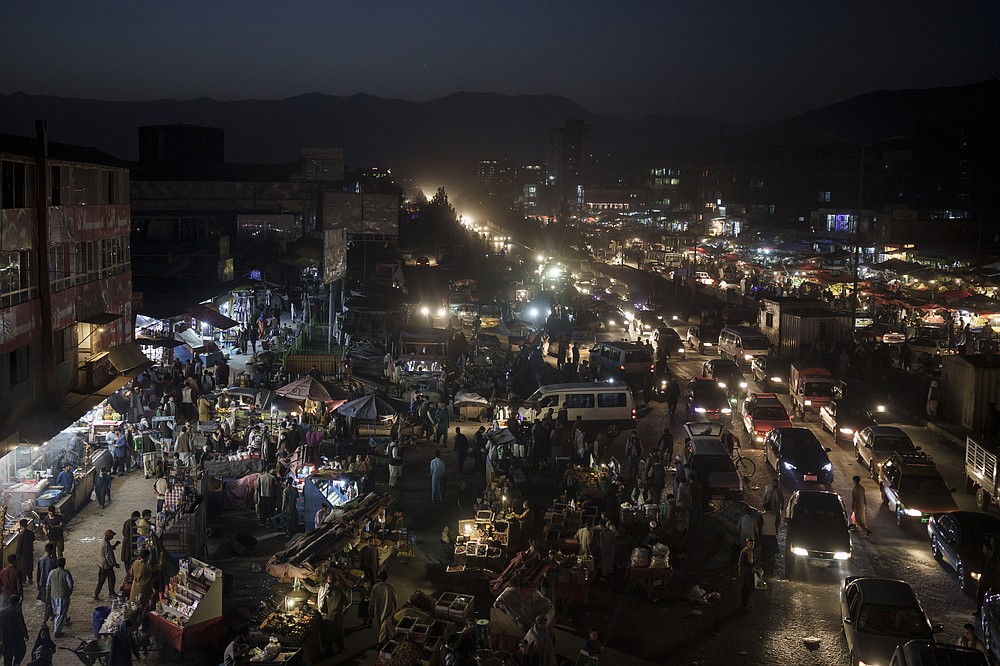