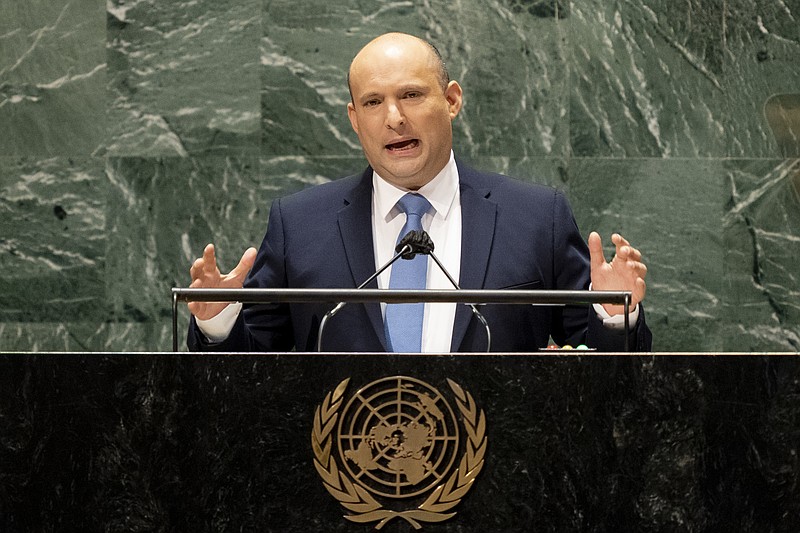 JERUSALEM -- Israel's new prime minister appealed to the international community Monday to stand together against Iran, accusing Tehran of marching toward the development of a nuclear weapon and threatening that Jerusalem will act alone if the world does not take action.

In his maiden speech to the United Nations General Assembly, Naftali Bennett made no mention of Israel's decadeslong conflict with the Palestinians and instead sought to portray Iran as a menace to global security.

"Iran's nuclear program has hit a watershed moment, and so has our tolerance," he said. "Words do not stop centrifuges from spinning."

Where Netanyahu was famous for his showmanship, combativeness and use of visual props in his addresses to the U.N., Bennett -- a former high-tech executive -- took a more traditional approach. His voice was measured as he sought to portray his country as a "lighthouse in a stormy sea" of the volatile Mideast.

But the content of his message was largely similar to that of Netanyahu as he focused heavily on archenemy Iran.

"Iran's great goal is crystal-clear to anybody who cares to open their eyes: Iran seeks to dominate the region -- and seeks to do so under a nuclear umbrella," Bennett said.

He called Iran's new president, Ebrahim Raisi, the "butcher of Tehran" for his past role in suppressing political dissent. and he accused Iran of arming, funding and training Israel's enemies across the region. He said Iranian meddling had brought disaster to countries like Lebanon, Syria and Yemen.

"Every place Iran touches fails," he said, claiming that Iranian activities threatened the entire world. He pointed to Iran's development of attack drones, which have been blamed for a string of attacks on shipping in the Persian Gulf.

Israel believes that Iran aims to develop nuclear weapons -- a charge Iran denies -- and says the international nuclear accord reached with Iran in 2015 did not include enough safeguards to keep Iran from reaching a weapons capability.

Israel welcomed then-President Donald Trump's decision to withdraw from the accord in 2018 and has made clear that it opposes the Biden administration's willingness to return to the agreement. Israel says the agreement needs major modifications before it can be reinstated.

Bennett said some in the international community have concluded that a nuclear-capable Iran is an "inevitable reality."

"Israel doesn't have that privilege," he said, signaling that Israel is ready to act alone if necessary. "We will not tire. We will not allow Iran to acquire a nuclear weapon."

The United Nations has made the resolution of the Israeli-Palestinian conflict a high priority over the decades, drawing accusations from Israel that the world body is unfairly biased.

Israel's treatment of the Palestinians is frequently criticized in U.N. bodies, including the General Assembly and the Human Rights Council. In 2012, over Israeli objections, the Palestinians were granted nonmember observer status at the U.N., allowing them to join a number of international bodies. These include the International Criminal Court, which is now investigating possible Israeli war crimes.

In an unusually harsh speech to the General Assembly, Palestinian President Mahmoud Abbas on Friday gave Israel one year to end its occupation of territories the Palestinians want for a future state. He threatened to withdraw recognition of Israel -- a cornerstone of three decades of failed peace efforts -- if it failed to do so. 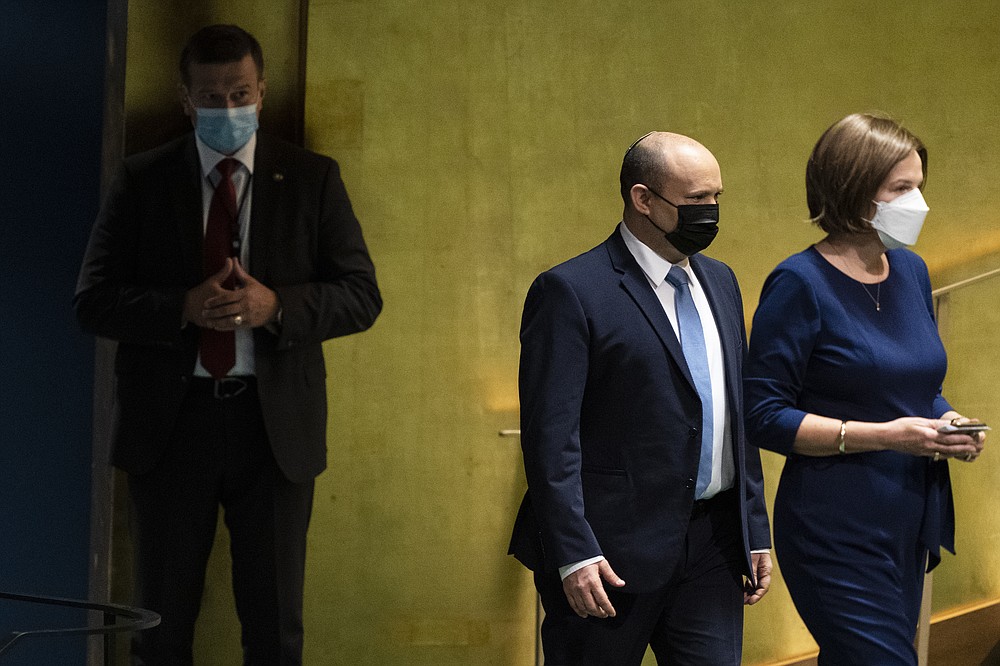 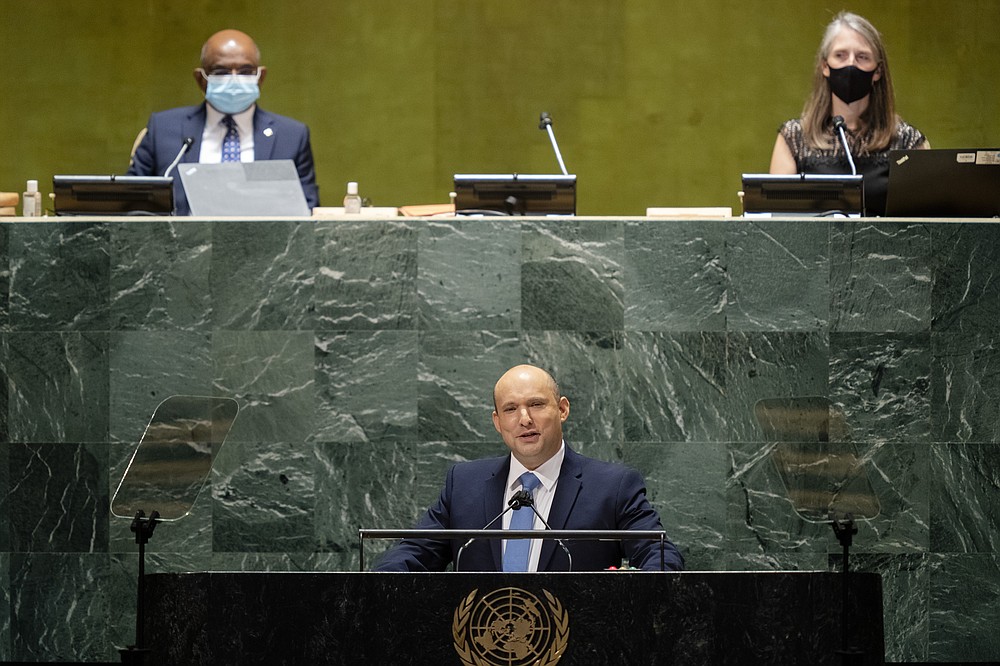