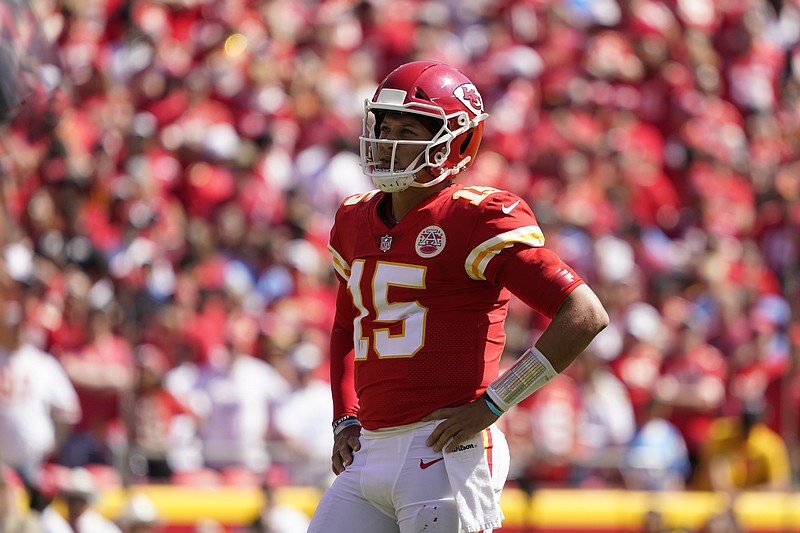 KANSAS CITY, Mo. -- The Kansas City Chiefs fumbled away a chance to beat the Baltimore Ravens two weeks ago.

They threw away a chance to beat the Los Angeles Chargers on Sunday.

Now the two-time defending AFC champions find themselves in the strangest of circumstances: They're last in a division the Chiefs have won five straight years, and the road gets no easier with three games away from Arrowhead Stadium sandwiched around a visit from Josh Allen and the reigning AFC East champion Buffalo Bills.

"I think we'll be ready for the challenge. It's really early in the season," said Chiefs quarterback Patrick Mahomes, who threw for 260 yards with 3 touchdown passes and 2 interceptions against the Chargers.

"We haven't had many of these --we haven't had any since I've been quarterback -- where we're behind all the teams in the division," Mahomes said. "This game, it's a tricky deal. You don't play your best game every week, you're going to lose."

It could be even trickier if Coach Andy Reid misses time this week. He spent time in the hospital dealing with dehydration and an illness after the loss to the Chargers, though he was released Monday and planned to return to the team soon.

There is plenty of work for him to do. The Chiefs (1-2) barely got by the Cleveland Browns in their opener, then watched the Ravens run roughshod over their defense in a 36-35 loss in Baltimore. But it was the litany of mistakes they made against the Chargers, including so many blown plays by the defense that fans started booing at one point, that really left a sour taste.

There were the two interceptions by Mahomes, one of which bounced right off intended receiver Marcus Kemp. And two fumbles, including one by Clyde Edwards-Helaire, whose fumble in the closing minutes against the Ravens kept Harrison Butker from trying a potential winning field goal.

There was the pass interference call on L'Jarius Sneed with just over three minutes left that gave the Chargers first-and-goal and led to a tying field goal. And another on DeAndre Baker on fourth down with 48 seconds left that gave Los Angeles a new set of downs and ultimately allowed Justin Herbert to hit Mike Williams with the winning score.

"This is unusual for us, to be honest. It's a bit of a crossroads for us," assistant coach Dave Toub said. "We have great leadership. Our guys will battle back strong after a week of practice. We'll clean it up, clean up the turnovers. Execute on the offensive side. Stops on defense. We'll come back this week and we'll get back on track."

Edwards-Helaire atoned for his fumble in part by running for 100 yards and, more impressively, averaging nearly 6 yards per attempt. He also took a screen pass for a touchdown as the Chiefs mounted their comeback.

After the Chiefs were gouged by Cleveland and Baltimore on the ground, leaving them with a last-place rush defense, they fared better Sunday. The Chargers averaged 3.5 yards per attempt and Austin Ekeler was held to 55 yards rushing.

The Chiefs have been waiting for a wide receiver to step up in place of Sammy Watkins, who left in free agency, and take some of the pressure off Hill and tight end Travis Kelce. But Kemp didn't do himself any favors by letting a pass bounce off him for an interception, and Byron Pringle was targeted six times, but had just two catches for 12 yards -- and he let a pass go through his hands in the closing seconds that could have given Kansas City a final shot at the end zone. 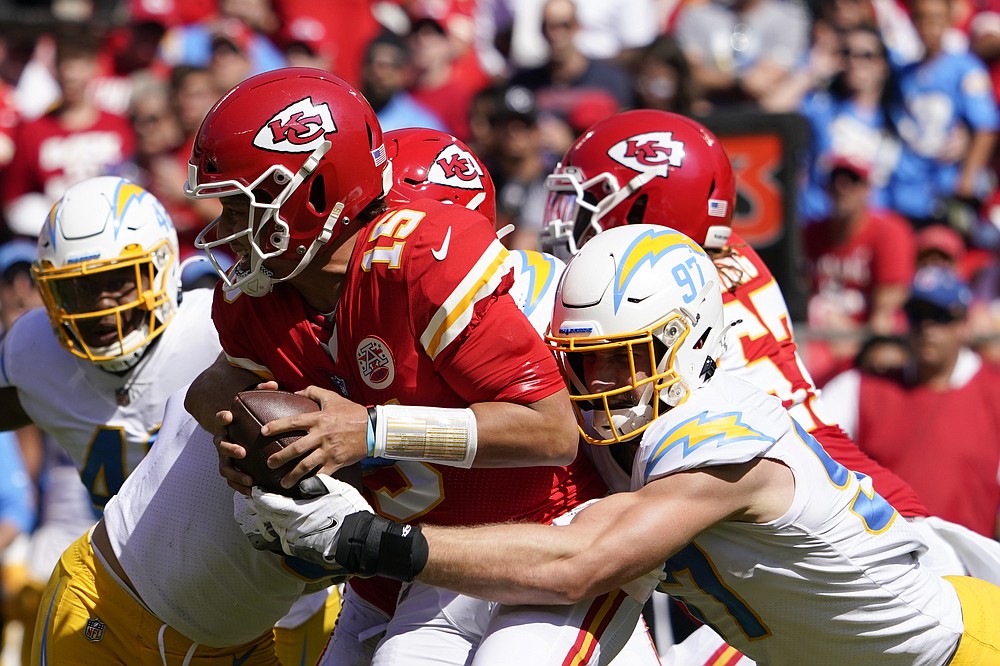 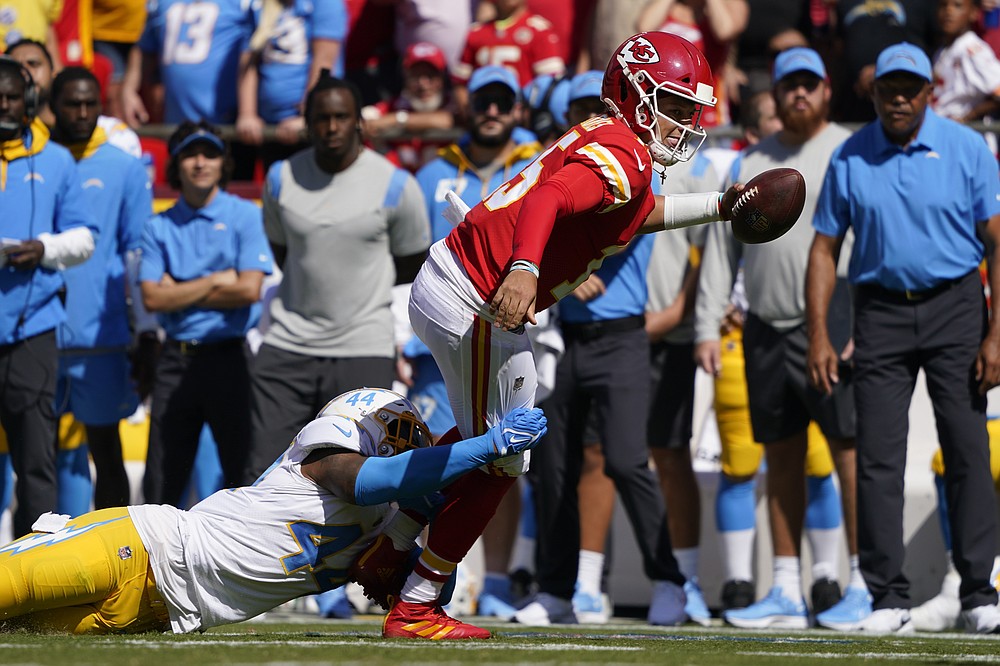 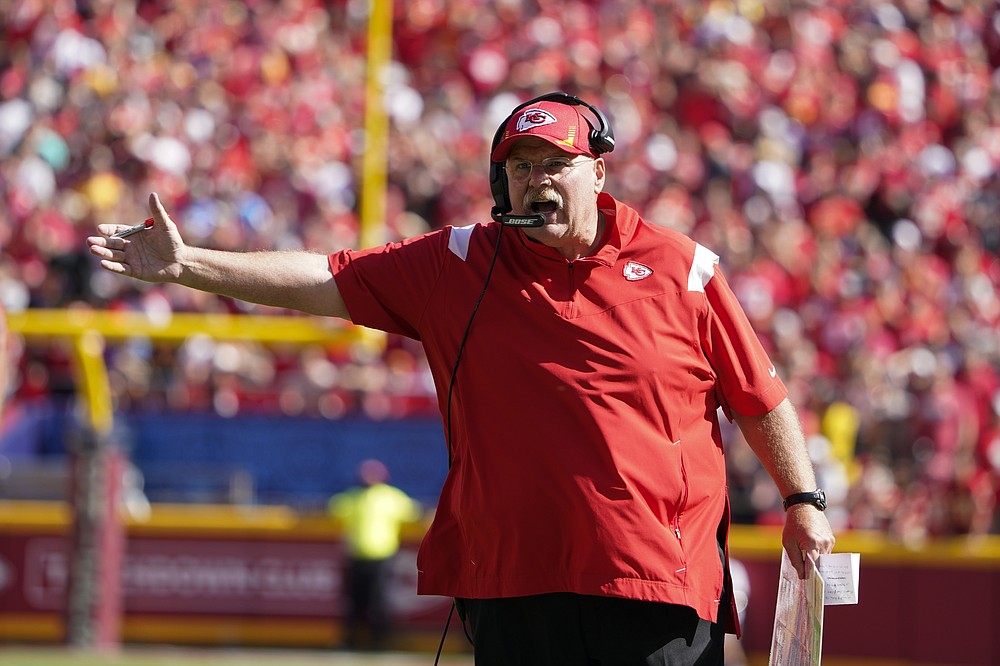