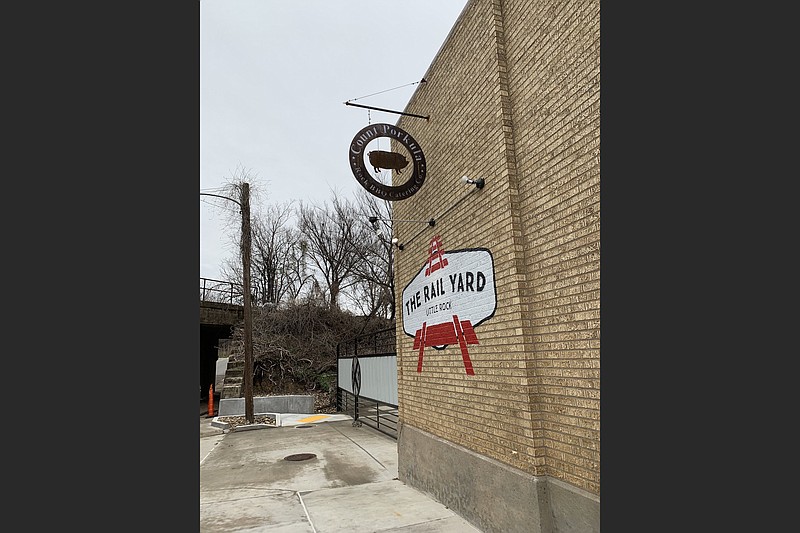 Count Porkula, which opened its first brick-and-mortar location in the Rail Yard on Little Rock's East Sixth Street, is joining with JTJ Restaurants and other partners on a previously announced second location on Keightley Drive in Little Rock’s Pulaski Heights and will also take over the restaurant that most recently housed The Hangout on Maumelle Boulevard in North Little Rock. (Democrat-Gazette file photo/Eric E. Harrison)

The partnership between the Keet family's JTJ Restaurants and Walt Todd and Kelly Lovell of Count Porkula BBQ has been fruitful and is now multiplying.

Plans progress for their originally announced second location at 201 Keightley Drive in Little Rock's Pulaski Heights (the site of what had been the Ozark Country Restaurant, done in by a 2018 fire) — Lovell says Little Rock firm Lewis Architects Engineers has developed a prototype, site plans are in front of city planners and Keet O'Gary Construction has it on the docket for completion in early 2022. The new 2,900 square-foot restaurant is to feature indoor and outdoor seating, curbside, to-go service and online ordering, with the same or a similar menu to the Count Porkula operation in The Rail Yard, 1212 E. Sixth St. in Little Rock's East Village, which will continue.

Meanwhile, Jim Keet of JTJ confirms that the group that includes his family, the barbecue gurus and partner Nashville, Tenn.-based Fresh Hospitality, from which the Keets also franchise their eight Arkansas Taziki's Mediterranean Cafe restaurants, have bought the strip center in the 10800 block of Maumelle Boulevard, just east of where North Little Rock meets Maumelle, which includes among other storefronts, the restaurant that was most recently The Hangout Grill & Bar and Morningside Bagels. It's just around the corner from JTJ's Cypress Social — and the headquarters of Keet O'Gary Construction — on Cock of the Walk Lane.

Keet says the sale closed Friday. Plans are to renovate the exterior of the entire center, repave the parking lot, install more security lighting — and open a Count Porkula restaurant in the former Hangout, possibly as early — if the city approves the plans — as the end of the year.

Those plans call for interior remodeling involving cypress and knotty pine — to establish a better, more authentic barbecue vibe — and adding a new smoker and a new smokehouse. Both the Keightly Drive and Maumelle Boulevard locations will have full bars and a new mixology program (Keet has been successful with such programs at Cypress Social and Petit & Keet.)

Todd and Lovell started Count Porkula in 2008 as a food truck and moved into the Rail Yard space in 2018. Its website is countporkulabbq.com.

"We looked long and hard at different barbecue concepts, and [are] really excited about being able to work with Walt and Kelly," Keet says. "They really have the best barbecue going."

Meanwhile, JTJ is also busy with their first Arkansas outlet of Waldo's Chicken & Beer, under construction at the former Johnny Carino's, 4221 Warden Road, North Little Rock (that's the service road that runs north to south along U.S. 67/167, "behind" McCain Mall), for which Keet says they have a March target for completion. "The supply problems that all construction companies have had, we've been able to remedy," he says, adding that Keet O'Gary Construction is handling the job. JTJ, in partnership with Fresh Hospitality, is looking to open as many as 20 outlets in Arkansas and Oklahoma. Waldo's chief features are fried and rotisserie-roasted chicken with house-made sauces and sides, and as many as 12-16 beers on tap, some of which will be local craft brews.

Progress also continues, though we don't yet have a fix on an opening date, for Jess's Chicken, 10907 N. Rodney Parham Road, Little Rock, in what for three decades had been Black Angus (now back in its previous home, West Markham and Van Buren streets). The menu will feature chicken, of course, including fried chicken, nuggets, chicken salad and chicken sandwiches, plus hand-cut fries — not surprising, since, as we previously reported, Jess's comes from the Bubbus family, the same people who serve hand-cut fries at David's Burgers. A company spokesman says it'll have a three-lane drive-thru (as was the case with Black Angus, they're anticipating drive-thru customers will provide a significant portion of their business) and that, as with David's Burgers, it will operate Monday-Saturday and close Sunday.

Meanwhile, the spokesman says look toward mid-October or perhaps a little earlier for the opening of the David's Burgers at 3802 Central Ave. in Hot Springs. Also pending: the David's Burgers that had been in Otter Creek, moving to 11915 Interstate 30, Little Rock. 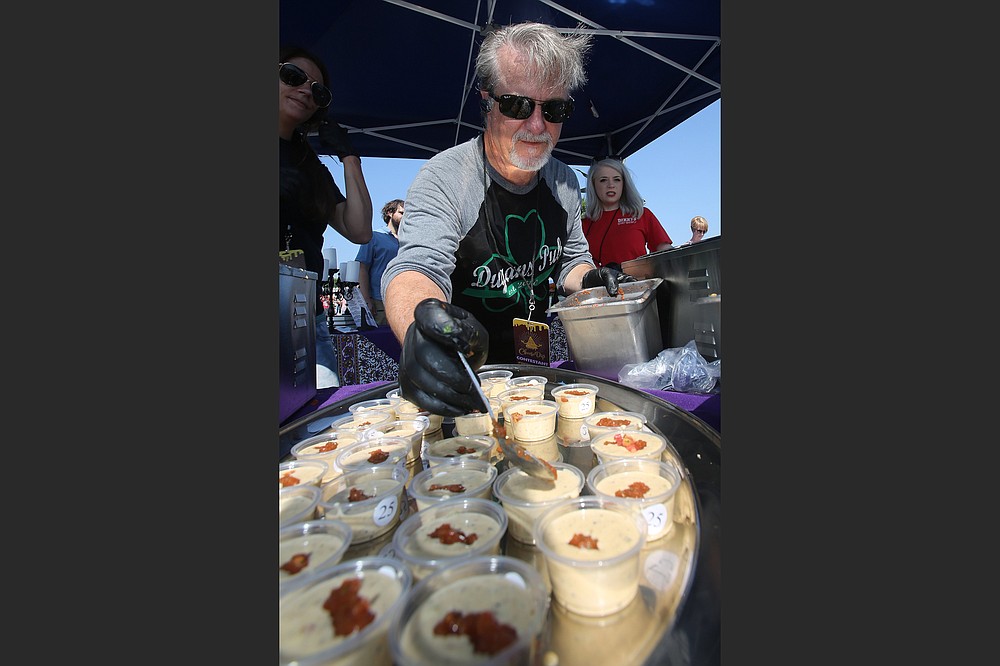 Restaurants, culinary professionals and amateur teams are preparing various forms and combinations of cheese dip and tortilla chips for the 10th World Cheese Dip Competition, noon Oct. 10 in Little Rock's River Market Pavilions, 400 President Clinton Ave., and the First Security Amphitheater behind them. The event will also feature live music and food trucks for folks who want something more (or more substantial) than cheese dip: The Magic Food Bus, BowMcks Rolling Cuisine LLC and Kona Ice of Little Rock. All proceeds benefit Harmony Health Clinic. Tickets are $25 (includes one free beverage coupon and the ability to cast your vote for People's Choice Awards), $10 for children 5-17. Visit fundraiser.support/CHEESEDIP2021; find more details and covid-19 protocols at facebook.com/events/1047311309434634; and bid on a chance to be a judge: charityauction.bid/2021judgethatcheese.

The El Dorado Advertising & Promotion Commission and El Dorado Insider magazine have brought back the El Dorado Food Festival, a monthlong celebration designed to stimulate business in El Dorado eateries. Its birth in 2020 followed a statewide mandate closing indoor dining at bars and restaurants due to the pandemic. El Dorado promoters are placing billboard ads, running radio spots and printing more than 10,000 coupon booklets, as well as a special section in the fall edition of El Dorado Insider highlighting area dining options. Register on the back of each coupon to win a $1,000 cash prize with weekly winners of $50 gift certificates. Call (870) 862-1010, email eldoradoinsider@gmail.com or visit eldofoodfest.com.

And Main Street Arkansas has compiled a map of more than 40 local coffee shops across the state — "the best places to stop for coffee when out on the road," explains Scott Kaufman, director of the Arkansas Historic Preservation Program. They're calling it the Coffee Trail; find and download the map at bit.ly/2ZAVuR5. The criteria: the shops must be physically located in a Main Street district and locally owned and/or locally operated, and coffee is one of the business' primary products. Call (501) 324-9665 or email hannah.ratzlaff@arkansas.gov.

And check out our list of places in Central Arkansas that serve brunch on Saturdays and Sundays at arkansasonline.com/brunch. If your restaurant is not yet on the list, or you are a patron of a restaurant that should be listed, fill in the form on the page or send us an email at the address listed below.