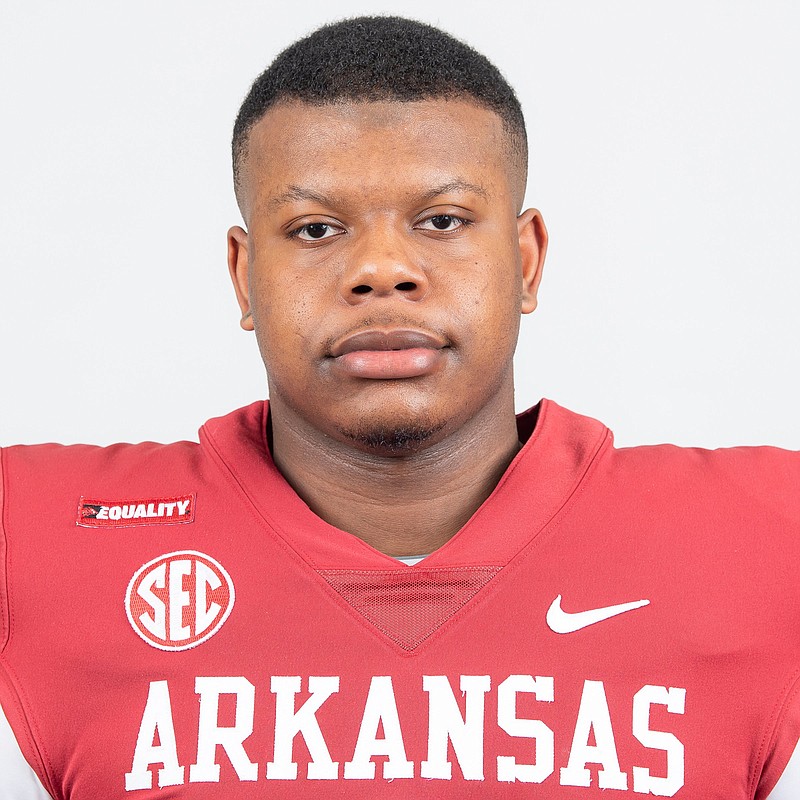 FAYETTEVILLE -- The Arkansas Razorbacks moved indoors to the Walker Pavilion for Thursday's practice No. 5 of spring on a frigid day that featured light snow in Northwest Arkansas.

While the pass rush continued to be a tone setter in 9-on-9 periods and some team periods, the offense struck back in a few major ways.

Quarterback KJ Jefferson's accurate passing was on display when he had time to deliver, and he did it best with one new weapon and an old one.

Warren Thompson hauled in a perfectly thrown deep ball down the right sideline over his left shoulder from Jefferson in a team period while working against Hudson Clark. Thompson fell to the turf after making the standout catch for a huge gain.

The day's most spectacular play came from a new addition to the wideout group.

On the first play of the first team period, Jefferson ran play-action, stepped to his left and delivered a home run ball about 45 yards downfield to Malik Hornsby, who had run past cornerback Dwight McGlothern. Hornsby veered inside late in the route to haul in the opening-play touchdown as his offensive teammates whooped it up.

Coach Sam Pittman explained that part of his conversation with Hornsby when the redshirt sophomore wanted to come back from the transfer portal in early January involved potential contributions at wideout.

"In that conversation, I said, 'We're going to give you every bit of opportunity to win the starting quarterback job, but also, if you come back, I need you to be open to playing wide receiver,' " Pittman said. "So we're doing it at a slow pace.

"We certainly want to give him every opportunity to win the starting quarterback job. But I think you've seen it and we certainly have seen that he can help us tremendously as a wide receiver. ... To his credit, he's doing a really good job with it and he's having to play extra reps and those things."

Pittman said the fact transfer quarterback Cade Fortin is picking things up quickly in the room with Jefferson, Hornsby and Lucas Coley allowed the offensive coaches to branch out with the 6-2, 187-pound Hornsby, who might be the fastest player on the team.

In personnel news, a defensive back move impacted the starting unit. McGlothern got more run with Clark and the first defense, while Khari Johnson, who had been working with the ones and twos, took most of his work at middle safety on Thursday.

"We feel pretty good about our corners, how they're playing right now," Pittman said. "We need a little bit of help back to the middle safety so we moved Khari back there. ... McGlothern has played well. He's long, a very confident guy. He's played well.

Malik Chavis, who has worked at safety and nickel during his first three seasons, has consistently run with the second unit at cornerback, and part-time starter LaDarrius Bishop, who is working back from injury, ran with the twos on Thursday.

"We felt we could help the team and help the player in moving Khari," Pittman said.

Tight end Trey Knox and offensive lineman Terry Wells were dressed but on the sidelines for the second consecutive workout and Pittman explained why.

He said Knox had been in a car accident over spring break.

"Trey ... actually was blindsided by a car and hit his head, so he's been in concussion protocol," Pittman said. Knox seemed in good spirits walking the sideline with offensive teammates on Thursday.

Wells has a back issue that has not been fully diagnosed and Pittman said they would follow the medical advice on him as soon as it becomes available.

Jefferson had a couple of periods where his passes hummed on lines directly to the intended targets with little wasted motion, and Pittman said his demeanor and execution speak to confidence.

"Throwing the ball with velocity, throwing the deep ball well," Pittman said. "He threw a good one, or two, to Malik today. That was a nice catch he made on the very first play of team run.

"He'll be a captain again. He leads the football team, along with those guys in the secondary. I think they're very valuable, too. ... All of them are, actually, but those are the older guys that are leading us."

Asked if the team is on his intended pace through five spring practices, Pittman said he's not sure a football team is ever exactly where you want it to be.

"But I think we started from Day 1 pretty good," he said. "There's not a whole lot of balls on the ground. Not a whole lot of missed assignments and things. That's certainly a credit to our coaches and to our players for learning. We just came off another physical practice and I like where our team is through five days."

Spring practice No. 6 will be a closed scrimmage on Saturday in which players like safety Jalen Catalon and receiver Jaden Haselwood will do the work in green no-contact jerseys and the quarterbacks will wear their no-hit black jerseys, including Hornsby, who will not be tackled if he catches passes during the scrimmage portion. 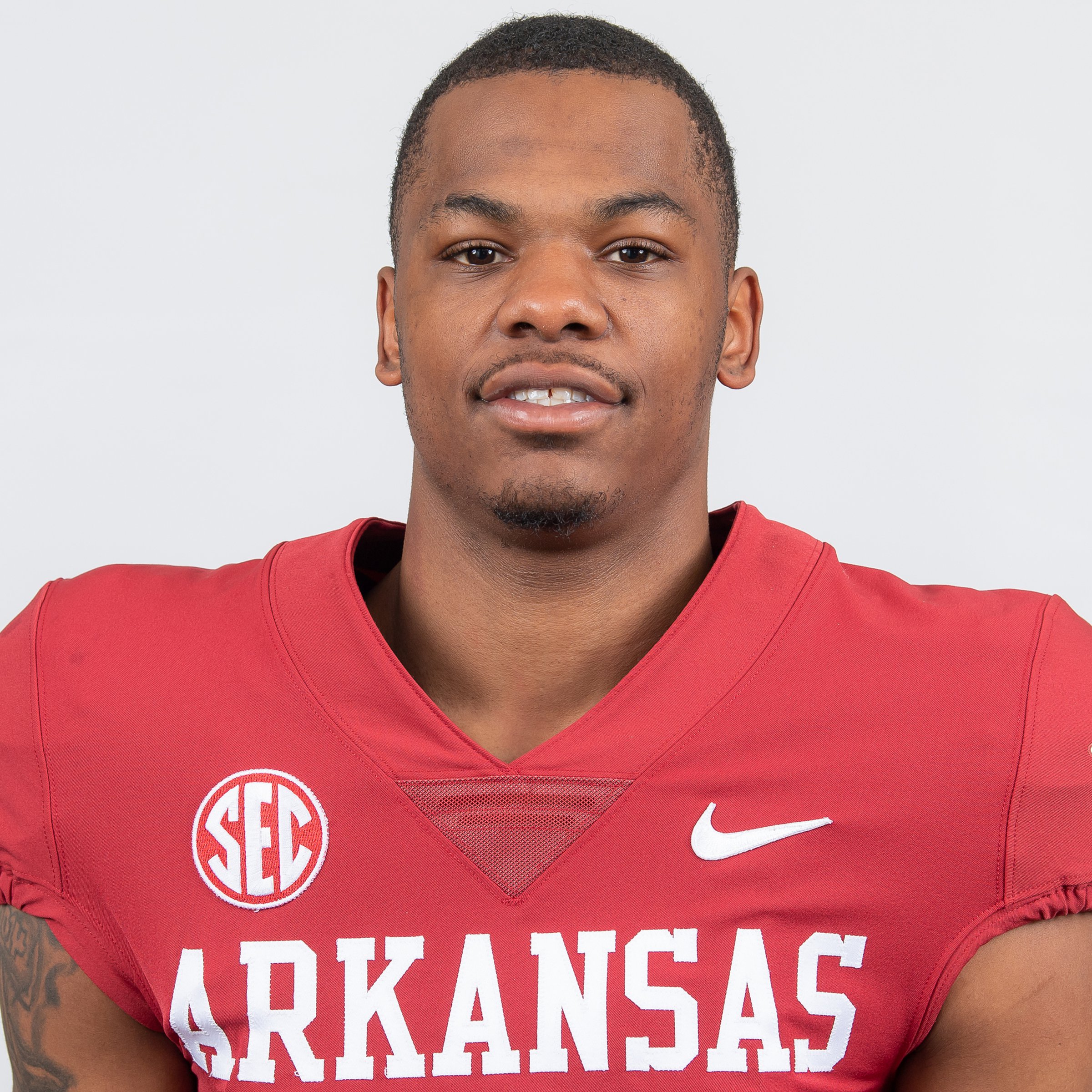 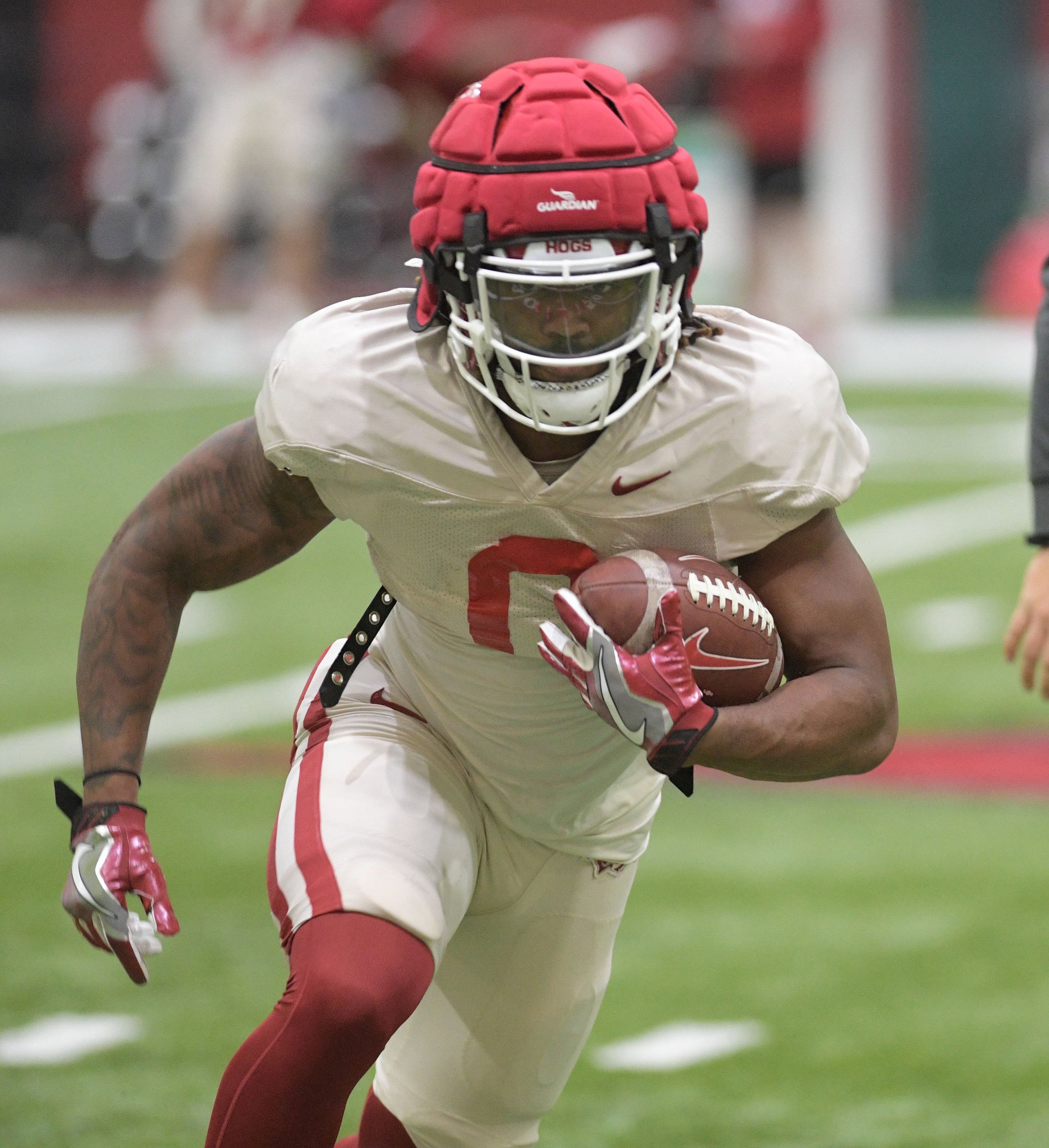 University of Arkansas running back A.J. Green goes through drills during spring football practice Thursday. Green racked up 311 total yards and 2 touchdowns last year and is a member of a young running back group for the Razorbacks. (NWA Democrat-Gazette/J.T. Wampler)