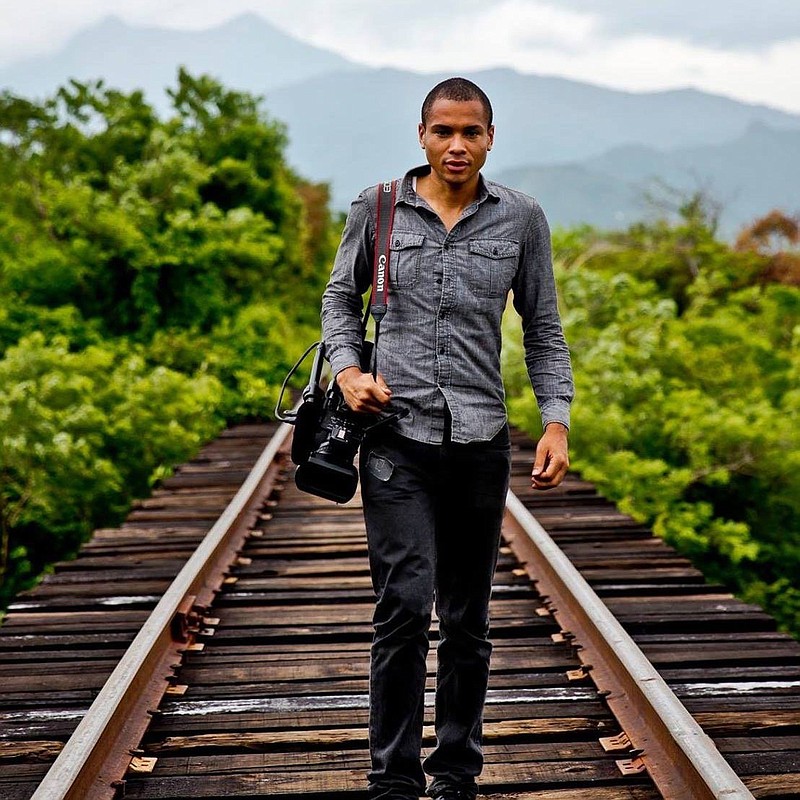 Filmmaker Stephen Bailey, a graduate of Little Rock’s Clinton School of Public Service, served as cinematographer on the HBO documentary “The Legend of the Underground.” Bailey will be in Conway next week for a screening at Hendrix College’s Windgate Museum of Art, part of the Arkansas Film Society’s ongoing Dreamland Film Series.

The Jamaican American alumnus of Little Rock's Clinton School of Public Service has participated in projects as wide ranging as National Geographic's "Chain of Command," which followed the global war on terror from Afghanistan, Iraq and Latin America.

In addition, he edited and operated a camera for Craig and Brent Renaud's "Meth Storm," which documented the heavy toll a grade of meth called ICE has taken on the poor and rural areas in Arkansas and the efforts of the DEA to curb its impact.

If Bailey was planning on taking a break from filming challenging and potentially life threatening stories, you wouldn't know it from the project he has just shot for HBO Max with directors Nneka Onuorah and Giselle Bailey, his sister.

The streamer is currently featuring the film and some supplemental material, and Windgate Museum of Art at Hendrix College in Conway is hosting a free screening of "The Legend of the Underground" at 6 p.m. as part of the Arkansas Cinema Society's ongoing Dreamland Film Series that celebrates Black voices. Bailey is scheduled to take part in a Q&A after the screening.

"The Legend of the Underground" follows the courageous and remarkably tech savvy underground LGBTQ community in Nigeria. If you're gay or don't conform to the country's norms for how men or women behave, the legal penalties can be draconian.

"It's always 'alleged,' but in theory if you're caught in the act you could go to jail for 14 years," Bailey explained by phone Monday.

"If you're congregating with, speaking with or aiding and abetting, you can still be thrown in jail for 10 years." That doesn't include the possibility of death threats or police brutality, which exiled survivor Mikael Ighodaro, who now lives in New York, describes in vivid detail.

"We had to work literally out of our backpacks," Bailey recalled. "We had to try to make as small of a footprint as possible to not bring more attention to ourselves and thus this community since just the very fact of us being there and doing this was illegal. If the cops came in and raided when we were filming with them, they along with us could have been thrown in jail."

While the film doesn't hold back about the horrors of punishment, it also captures how Ighodaro and other activists have been able to organize and occasionally thrive. Bailey captured vibrant gatherings that don't have that "shot-in-a-bar" look. To record the dancing of one activist whose nom de guerre is "James Brown," Bailey was able to show the vivid colors and impressive moves that might have gotten participants imprisoned.

The sequences look as stylish and energetic as they are forbidden.

"We wanted to make sure we were able to capture this community the way they see themselves vs. the way society views them. We wanted the way we captured it visually didn't feel like a more traditional documentary that feels like it has lower production value. It may not have been purposeful, but it can inadvertently reinforce the views people have of Africans being poor. The image quality looks poor, and it doubles down on that vision," Bailey explained.

"We're with them, and they're singing Rihanna and Megan Thee Stallion. There's a lot of artistry in the way they're dressing themselves and in the spaces they create. We were inspired even by some of the cellphone footage that we were able to get of some of these underground parties. We basically brought some of our own lighting in conjunction with making sure the camera would capture that as well."

Many of the younger activists are not rich, but they have stayed in the country. New technology has been helpful. There is a popular podcast called "Queer City" hosted by Timi, and James Brown, known for the catchphrase of "they didn't caught me," has used his social media following to challenge homophobia.

"Society is telling him to sit down and shut up and take whatever punishment they decide is fit for you. If he had done that, he would have been in an even more potentially dangerous position because he could just be swept under the rug and beaten or killed and no one would know. But by actually using social media to draw attention to himself, this community and this event, it became an actual international sensation," Bailey said.

Ighodaro and others have emigrated to the United States to escape persecution in their native land, but new laws here could lead to similarly oppressive situations. The day Bailey and I spoke, Florida Gov. Ron DeSantis signed a bill into law that forbids teaching students from kindergarten to third grade about gender identity or sexual orientation.

"Some people may watch this film and think that we're trying to say, 'Nigeria is this bad place, and America is the savior or the safe place to be.' We included Deji's story. He can't leave America while he's seeking asylum. This isn't something that's unique to Nigeria. In fact, through the making of this film, it was a bit too complicated, many of the anti-gay pieces of legislation were instilled in Nigeria by Western cultures," Bailey explained.

At the same time, Bailey acknowledges that the Clinton School and his time with the Arkansas-raised Renaud brothers contributed to his own filmmaking. Bailey called after attending Brent Renaud's funeral in Little Rock. Renaud died March 13 after being shot by Russian troops during the invasion of Ukraine.

The Peabody-award winning filmmaker's passing drew international attention with reports in Time, The Harvard Crimson, The New York Times and CNN. He was 50.

In a letter to Renaud's family, Ukrainian president Volodymyr Zelenskyy said, "May Brent's life, service and sacrifice inspire generations of people all around the world to stand up [and] fight for the forces of light against forces of darkness."

Bailey was hardly alone in remembering Renaud's legacy. Just as the Renauds traveled the globe for their stories, the people they covered showed up in person to the funeral.

"I actually ended up working with Craig and Brent full time. And that was, in essence, my film school. I traveled around the world with Craig and especially Brent. He really took me under his wing and taught me everything that he knew, something he's done at this point for generations of young filmmakers," Bailey said.

"He was truly listening to what (his subjects) had to say, and he wasn't letting his own thoughts or feelings get in the way of that. Our fixer that we worked with out of Honduras, Guatemala and Mexico for The New York Times piece where we were following teenage migrants, he drove 13 hours from Juarez, Mexico, to the funeral and drove back home the same day because it was so important for him to be there."