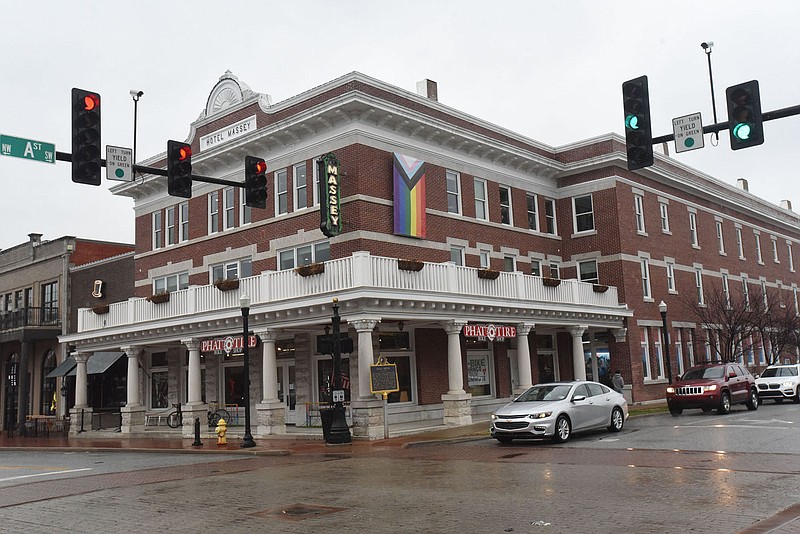 A restaurant by Ropeswing Hospitality Group is planning to open this spring or summer at the historic Massey Building in downtown Bentonville.

The restaurant at 138 S.W. Second St., to be called Lady Slipper, will aspire to "a cool fun vibe, great music, craft cocktails, and a menu that gives a nod to a French brasserie with Northwest Arkansas influence," according to Tracey Spillane, vice president of bars and restaurants for Ropeswing.

"Lady Slipper has three separate environments as you progress through the basement space of the Massey building," says Spillane. "Starting on the patio, you'd proceed a few steps up and then a few down to enter the main bar, amazing artwork and soaring ceiling. A few steps down takes you to the basement, cozy and intimate."

The name comes from a kind of orchid which can be found in Arkansas.

After a seasonal hiatus and a change in ownership, food truck Burton's Creamery is opening again off Fayetteville's Dickson Street.

Burton's was sold to new owners earlier this year, according to a social media post by founder Ryan Burton.

"I cannot say thank you enough to my friends, staff, city and entire state that have supported my family and I over the last eight years! We will forever be grateful," says Burton. "The new owners have some pretty great ideas for expansion! So while my family and I will be stepping away, I hope you continue to see that bold, colorful Burton's name and indulge in the sweetest cream around! I know we will!"

The shop plans to offer online ordering in the near future.

The store, owned by Bill and Alicen Rumsey, is named in honor of Bill's mother.

"Originally from Hutchinson, Kan., and Tucson, Ariz., Bill and Alicen met in 2017 at Beaver Lake where their story began. Bill never failed to impress Alicen with his culinary delights," the website states. "After countless years of cooking in the firehouse, learning from dad and mom Nola, and creating his own stuff, these moments have led us to open Nola's Pantry."

Cocktails will be made with Fox Trail's Wild Parallel Bourbon in Straight, Toasted and Islay finishes as well as Fox Trail's O'Highlands Bourbon, according to a news release.

Bordinos in Fayetteville is taking reservations for a five-course wine dinner planned for April 26.

The Dickson Street restaurant will serve up South African wine from Stellekaya Winery, starting at 6:30 p.m.

Has a restaurant recently opened or closed near you? Does your favorite spot have a new menu? Let us know. Email us at gmoore@nwaonline.com.