OPINION | ON BOOKS: Keeping up with Epperson’s latest (romance) novel 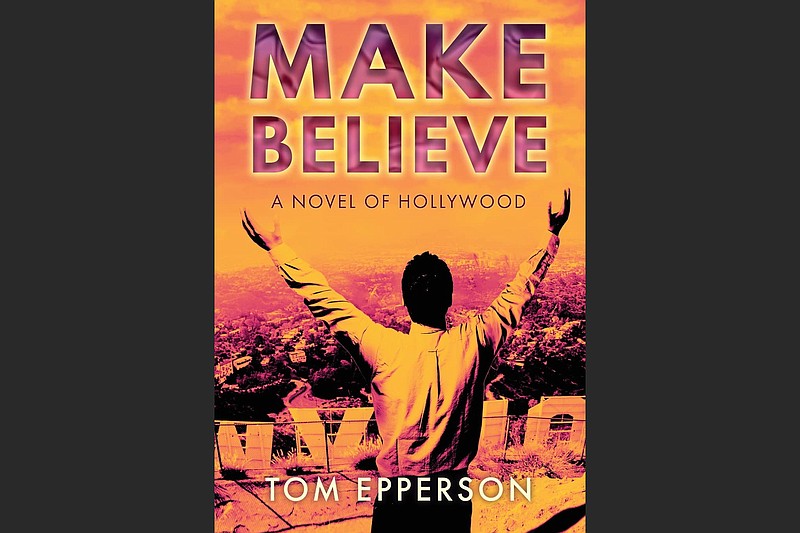 You might think you have a handle on the work of Tom Epperson.

I did. I might even put myself forward as a world expert on Epperson's work — I've read all his published novels and seen almost all the movies he has written. Somehow I missed 2001's "Camouflage," a detective film that stars Leslie Nielsen in a relatively straight dramatic part — the one review I saw of it compared it to "Miami Blues."

The critic — writing as "Vern, the Outlaw Film Critic" — said it was the kind of movie that made him "think it must be tricky as hell to be a screenwriter, because I can sort of picture it being a decent movie if it was executed completely differently."

And I thought, yep, that sounds like Epperson. And it made me want to see "Camouflage." (It's now streaming on Tubi. I don't get Tubi. )

Epperson is best known as Billy Bob Thornton's childhood friend from Malvern who accompanied Thornton on pre-breakthrough trips to New York and Los Angeles. They've been frequent screenwriting collaborators — they wrote the remarkable "One False Move" (1992), the Robert Duvall-James Earl Jones racial identity drama "A Family Thing" (1996), "The Gift" (2000) and the gritty HBO junkie thriller "Don't Look Back" (1996). Epperson also wrote the script for 1997's "A Gun, a Car, a Blonde" with that film's director, his wife, Stefani Ames.

Starting in 2008, Epperson started publishing novels. His first, "The Kind One," a gangster tale set in '30s Los Angeles, was supposed to become a movie starring Casey Affleck, who was just coming off his role in "Gone, Baby, Gone." Affleck moved on to a similar project, "The Killer Inside Me," based on a book by Jim Thompson, one of the writers I'd offer as a comp for Epperson.

In 2012, Epperson published "Sailor," another hard-man-with-a-golden-heart story that some people compared to Cormac McCarthy. "Tough but not bleak" was the cover blurb offered by Lee Child, and that's as good a succinct review as any.

So if you'd asked me about Epperson's oeuvre, I can express some ideas. It's smart, violent and just enough off-plumb to not be completely commercial. I like his books; he's a writer who understands rhythm and Flaubert's axiom that there are no synonyms, that there's only one right word and a million false ones.

I never expected a romance novel out of him.

Though, to be fair, I wouldn't have called "Make Believe" (Alaya Press, $28.95), Epperson's new book, a "romance novel" had I not seen it referenced that way on amazon.com. But it is a different kind of story for Epperson; his protagonist, screenwriter Dustin Prewitt, does feel like a romantic comedy character, and the story does contain a lot of obligatory rom-com beats. It also has a through line of sorrow and some very real- feeling violence. Epperson calls it "light-hearted," and in the final reckoning it is, but it's never dumb.

Prewitt, a failed athlete who landed in Hollywood after publishing a promising and never-followed-up-on first novel, lives a glamorous, hedonistic lifestyle in the Hollywood Hills, partly because he's had some sporadic success in his chosen profession but mostly because he's married to A-list movie star Laura Keene, who's also heir to one of the country's largest fortunes. But early on in the book, the wife disappears, leaving a suicide note on the beach, blaming Dustin because he'd refused to dance with her the afternoon before.

As you might expect, this upsets Dustin, but not too much — he expects to inherit her fortune, and their relationship was famously tempestuous anyway. Soon an old friend from the old days — the model for the protagonist of his novel — shows up and moves in. And Dustin meets and falls for Penny Ruemmler, a clothing store clerk who rescues animals in her spare time.

There's a sweetness to the story, but it never gets cloying, and the fact that Laura's body is never recovered adds suspense to the book's third act.

It's a highly enjoyable, very readable novel that could be translated into a major motion picture. But what it's not is a case of Epperson rolling over to give some putative audience what he thinks it wants.

There's plenty here to think about; all the characters — even the most minor — are allowed complications. It's not quite a Hollywood satire along the lines of Michael Tolkin's "The Player," but it has some of those qualities.

I can picture it being a great movie if they get the details right.