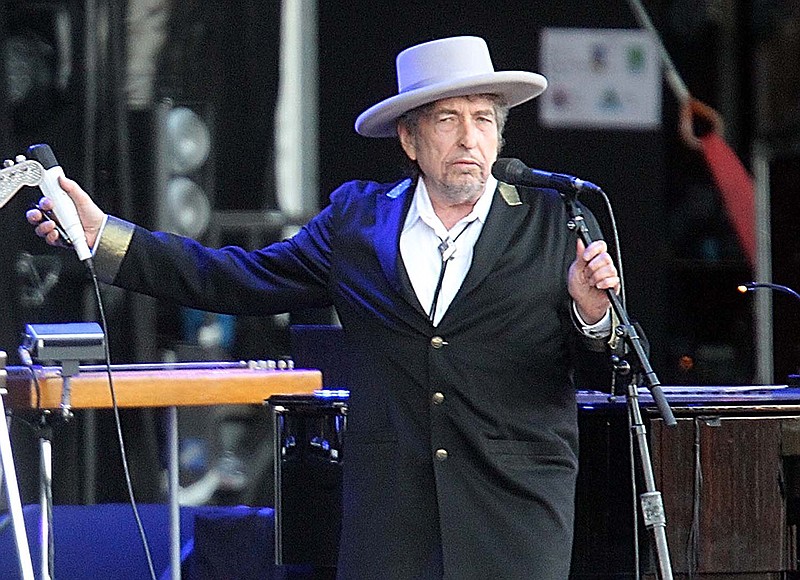 Bob Dylan, close to 81, long ago secured his place as a legendary cultural force. And he continues to do things his way, even if that means disappointing some fans, as he did in Little Rock Monday night.

I know — a good friend years ago threw up his hands about Dylan’s lack of interest in performing his songs the ways he had always heard them. Give the man the right to change his songs if he wants to, I said to unhearing ears.

Dylan played to a sold-out crowd at Robinson Center, the site of his first Arkansas concert in 1992. This, his third time at Robinson, was in support of “Rough and Rowdy Ways,” his 39th studio album, released in June 2020. He played nine of that album’s 10 songs, omitting only “Murder Most Foul” (which at nearly 17 minutes, is his longest song ever).

The show opened with a chaotic version of “Watching the River Flow,” then veered into the hard-rocking anthem, “Most Likely You Go Your Way and I’ll Go Mine,” possibly what he'd say to those who criticize his choice of songs and how he now chooses to interpret them.

From there he and the band delivered the first two songs from the album — “I Contain Multitudes” and “False Prophet.” After that, he alternated new with old.

“When I Paint My Masterpiece,” also made famous by The Band, was masterful; it was followed by the surprisingly blunt “Black Rider.”

One of his earliest ventures into country music, “I’ll Be Your Baby Tonight,” was sweetly re-interpreted, followed by “My Own Version of You,” a sort of musical Frankenstein creation. “Crossing the Rubicon,” another upbeat new song, was followed by the fetching oldie “To Be Alone with You.”

Then came a powerful pair: the new and gripping and my favorite, “Key West (Philosopher Pirate),” enhanced by the accordion of Donnie Herron, and “Gotta Serve Somebody,” the show's most raucous song, from Dylan’s Christian music era. Another romantic new song, “I’ve Made Up My Mind to Give Myself to You,” preceded the show's only cover, “Melancholy Mood,” a 1939 non-hit recorded by Frank Sinatra. He followed it with “Mother of Muses” and a wild “Goodbye Jimmy Reed.”

Dylan did not play guitar; he was seated at a piano, facing his fans, and did walk offstage a couple of times, perhaps to bask in the adulation of the crowd. For most of the show, only his face was visible.

Band introductions (not always Dylan’s thing; bassist Tony Garnier has been with him for decades) came before the final song, “Every Grain of Sand,” one of Dylan’s greatest compositions. There was neither an encore after a nearly two-hour show, nor an opening act, nor an intermission, or acknowledgement of fans’ shouted requests.

The set was nothing more than the band set up in front of the curtain, with lighting occasionally accenting a mood. Back to the basics, you might say.

And my friend, the one who gave up on Dylan years ago? He wasn’t there, but his son was.