ARKANSAS SIGHTSEEING: Little Rock has three parks to explore along or near the Arkansas River 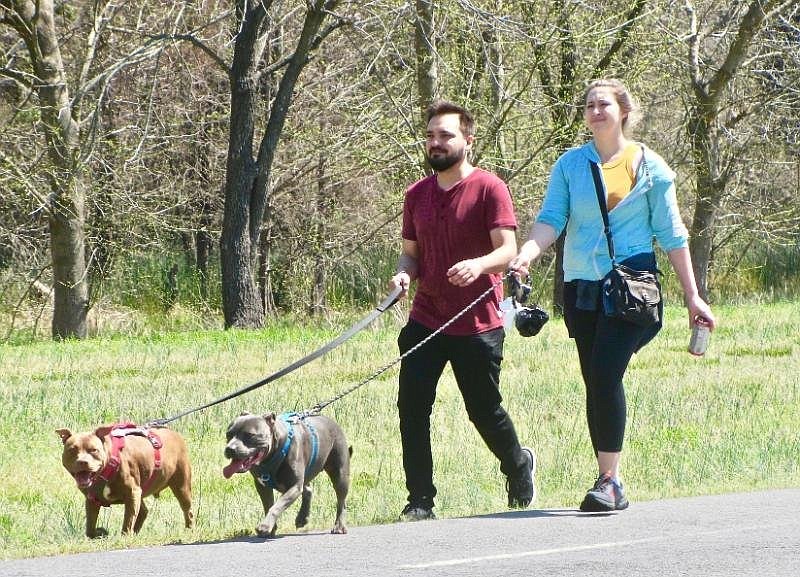 Two Rivers Park paths are wide enough for dog walkers to coexist with bike riders. (Special to the Democrat-Gazette/Marcia Schnedler)

Three parks in just a 6-mile stretch along Little Rock's northwest outskirts offer a lively potpourri of spring pleasures. They await visitors on and near the south bank of the Arkansas River between the I-430 bridge and Lake Maumelle.

The fun varies from hiking to fishing, bicycling to birding, picnicking to camping, and a bevy of other recreational options. Entry to all three parks is free, as are most of the activities. Given the proximity to Little Rock, some facilities can be crowded on weekends from spring to fall.

Each park has its distinctive tenor, reflecting separate management by local, federal and state authorities. The easternmost, Two Rivers Park, is operated by Pulaski County and the city of Little Rock. Maumelle Park is run by the U.S. Army Corps of Engineers. Pinnacle Mountain State Park, the largest and best-known of the three, belongs to the Arkansas Department of Parks, Heritage & Tourism.

The park's pancake-flat terrain at the confluence of the Arkansas and Little Maumelle rivers was once the site of Pulaski County Penal Farm. Before it closed in 1974, the farm held as many as 2,000 prisoners who grew corn and soybeans as well as raised cattle, pigs and chickens. It was dedicated as a park in 2011.

Two paved hiking trails are wide enough to accommodate pedestrians and bicyclists. One, a "lollipop" route, has a mostly straight long stretch ending in a small loop. Located nearby are public restrooms in a handsome structure of stone and wood that could pass for a compact frontier stockade.

The other trail, also accessed from the site's two parking lots, loops through open fields that offer views across the two rivers out to the I-430 bridge. Along the trail can be seen the "Garden of Trees" project aimed at growing native arboreal species.

Maumelle Park, about 3 miles northwest of the Three Rivers site, boasts family-friendly facilities for overnight campers and day visitors. Especially on weekends, the shore of the Arkansas River near the mouth of the Little Maumelle bustles with multi-generational gatherings of picnickers. Some are picnicking in rented pavilions.

Corps of Engineers parks are known for the quality of their camping facilities, and Maumelle Park gets high marks on RV-owner websites. Visitors just stopping by can make a spectator sport out of driving slowly past the camping vans, a few as big as a Greyhound bus. Some campers cheerfully wave hello to passing sightseers.

From Maumelle Park, it's little more than a mile farther west on Pinnacle Valley Road to the eastern edge of Pinnacle Mountain State Park. One of the busiest of Arkansas' 51 state parks, it challenges visitors with a strenuous signature activity — the climb to the rocky peak. 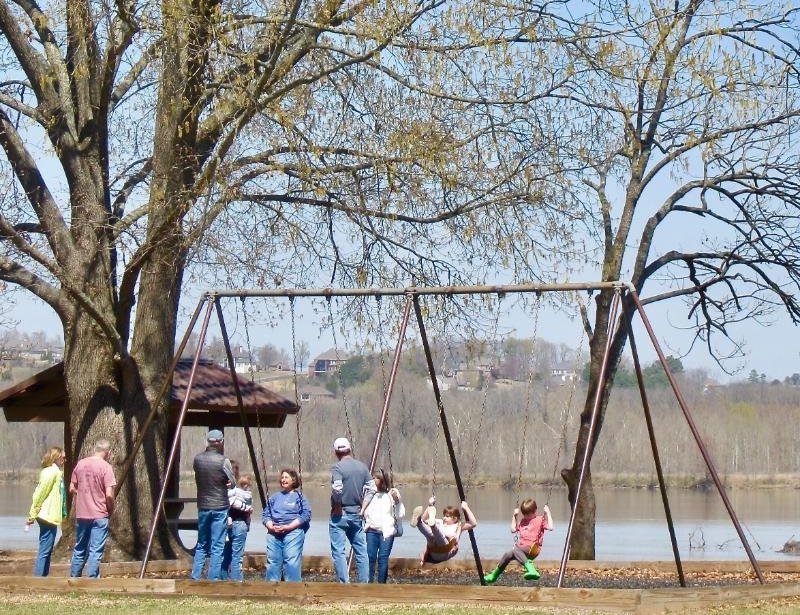 Shaded benches offer comfortable resting in Two Rivers Park. (Special to the Democrat-Gazette/Marcia Schnedler)
But the park's river connection can be found at the end of the road to the West Summit trailhead. The pavement stops at a boat ramp for the Little Maumelle River, where visitors can fish beneath overhanging branches. A sign maps the Little Maumelle River Water Trail, which can be navigated by canoe or kayak.

Continuing west, Arkansas 10 eventually skirts the south shore of Lake Maumelle. A turnoff at Grande Maumelle Sailing Club lets imagination hop aboard one of the moored sailboats and other recreational craft.

Near the lake's west end, a sign at the small Vista Park's overlook points out that Lake Maumelle is the primary source of drinking water for Central Arkansas. A notice, written in stilted terms, warns that "Body Contact Is Prohibited" — in other words, "No Swimming in the Drinking Water."