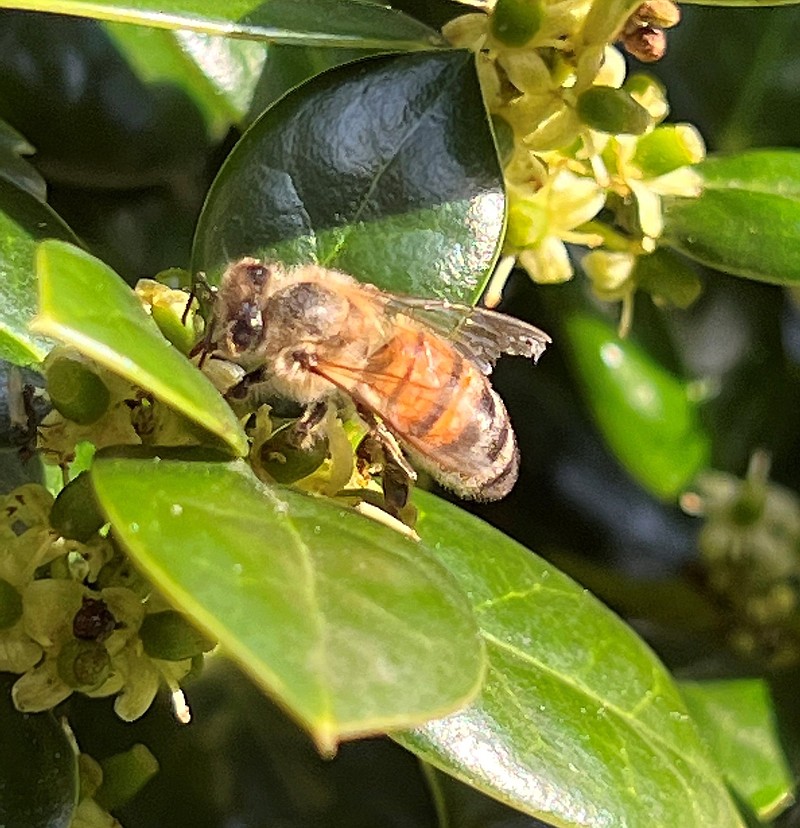 Procrastination in the spring and a little less mowing in the summer may be virtues when it comes to helping pollinators, researchers have found.

The University of Vermont suggests delaying spring mowing so flowers like dandelions can provide early season food resources to pollinators. Those food sources are important to pollinators such as bumblebees, mason bees and others that begin appearing in March.

Early spring mowing can also destroy any chrysalises still clinging to last year's grass, and any overwintering shelter for later-appearing pollinators, according to the Xerces Society for Invertebrate Conservation.

"Dandelions are weeds to some homeowners, but to foraging bees, they can be a welcome treat in otherwise barren urban lawns," said Jon Zawislak, assistant professor of apiculture and urban entomology for the University of Arkansas System Division of Agriculture.

Zawislak said flowers in the dianthus family are very good sources of pollen, as are those of the Virginia creeper. Clovers and lilies are also good spring sources for pollinators.

"While most people never notice the small flowers on this ubiquitous climbing weed, bees certainly do," he said. "Holly is another plant with small, easily overlooked flowers, but it's starting to bloom right now, and may be covered with bees on a warm day."

"Early in the season, flowering trees are very important sources of pollen for bees," he said. "In particular, maple, willow and ash trees provide lot of nutrition, even though we don't see them as having bright showy flowers."

"Many things in the Rosaceae family such as pears, crabapple and wild plum, bloom briefly in the spring but with lots of flowers for bees," Zawislak said. "The exception is Bradford pear, which nobody seems to like, except maybe the people who build parking lots. These are fast-growing trees, which makes them weak, and are not attractive to pollinators."

As summer rolls around and the urge to mow more frequently increases, ignore it.

"Research published by the University of Massachusetts Amherst and the U.S. Forest Service suggests that homeowners can help support bee habitat in suburban environments simply by changing lawn-mowing habits," he said. "Investigators found that taking a 'lazy lawn mower' approach and mowing every two weeks rather than weekly could help encourage bee habitat in suburban lawns by allowing flowers to bloom, which helps provide pollinators with more nutritious forage."

Milam said she was amazed at both the diversity and abundance of bees their team documented in residential lawns.

"It speaks to the value of the untreated lawn to support wildlife," she said.

Lerman said the conclusions are "a reminder that sustainability begins at home, and in this case involves doing less for more buzz."

The Cooperative Extension Service has many beekeeping resources online, or contact a county extension office.