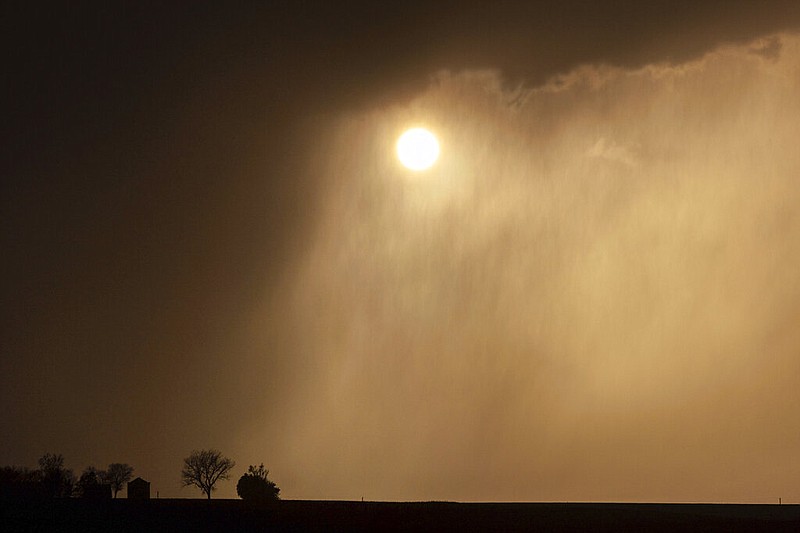 SALADO, Texas — Nearly two dozen people were injured when tornadoes swept through central Texas as part of a storm system that was expected to spawn more twisters and damaging winds Wednesday.

The storms caused widespread damage Tuesday in Salado, about 50 miles north of Austin. Bell County Judge David Blackburn said 23 people were injured, one of them critically. Twelve of the injured were taken to hospitals, Blackburn said.

"There's not much left," said Blackburn, the county's top elected official. "Large trees are uprooted and overturned and stripped. Buildings really reduced to rubble. ... Power lines, power poles, are scattered all over the place. It's pretty devastating."

Tornadoes were also spotted Tuesday in Iowa, but there were no reports of serious injuries. In Lincoln, Nebraska, powerful wind gusts knocked down tree limbs and caused some roof damage.

More tornadoes were in the forecast Wednesday for parts of the mid-South and in the Mississippi River Valley, the Storm Prediction Center said.

Elsewhere, the North Dakota Capitol, schools, government offices and interstates remained closed Wednesday as a blizzard continued to bear down on the state.

A blizzard warning issued by the National Weather Service remained in effect through Thursday for most of western and central North Dakota where up to 2 feet of snow was expected.