TELEVISION: ‘Rothaniel’ comes out about coming out in special 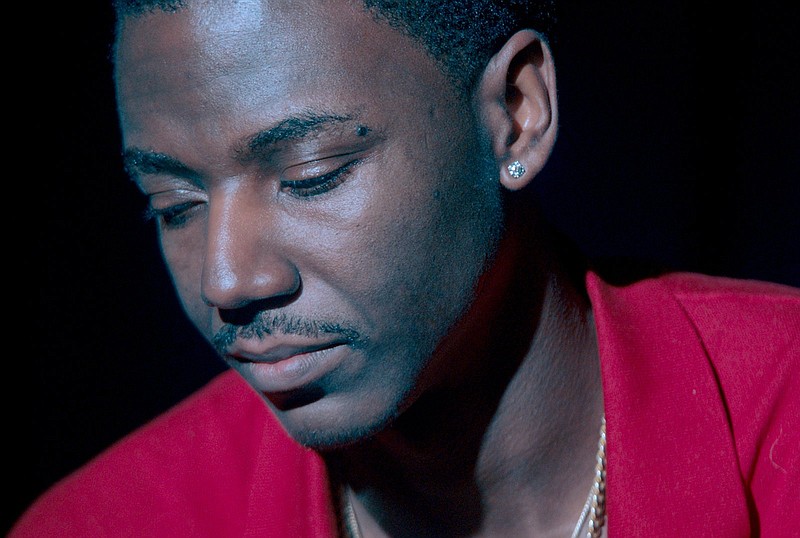 Headlines from all corners of the internet shouted the news recently: Jerrod Carmichael came out as gay in his latest comedy special, "Rothaniel." But that announcement may not be the most notable thing about his exceptional new set.

Carmichael surprised many when the special — his third for HBO — dropped. (The next day, he headlined "Saturday Night Live," calling himself "the least famous host in 'SNL' history.") "Jerrod Carmichael: Rothaniel" is streaming on HBO Max.

The comic is best known for his modestly rated but critically beloved NBC sitcom, "The Carmichael Show," which ran for three seasons from 2015 to 2017 and boasted a stacked cast, including David Alan Grier and Loretta Devine as the fictional Jerrod's parents, Lil Rel Howery and Tiffany Haddish as his brother and ex-sister-in-law, and Amber Stevens West as the protagonist's girlfriend-turned-wife.

Both on the show and in his stand-up, Carmichael had cultivated a persona as a clever but mischievous thinker with curveball takes on hot-button issues — someone who didn't have all the answers, but certainly a lot of them. He presented himself, in other words, like a lot of other comedians, albeit one informed by his background as a Black man from North Carolina with socially conservative parents and a penchant for fiendishly petty thoughts.

In "Rothaniel," the 34-year-old stand-up cites his mother, with whom he had been close, as a reason for never coming out. "At many points in my life," he continues, "I thought I'd rather die than confront the truth." His disclosure now is motivated in part by the family secrets that he reveals in the special's first half-hour — tales of learning how to turn a blind eye to his father's philandering until he could no longer endure it. But forcing his father to admit his chronic infidelity to his mother made Carmichael himself feel like a "liar" about not being open to his family about his sexuality. And so he got onstage in February in New York's Blue Note club, offering up his own perspective on the post-closet life by coming out about coming out.

It takes only a few seconds to recognize how different this special is from its peers. Directed by Bo Burnham (a comedian famous for his own confessional style), "Rothaniel" opens with a skyward shot of silent snowfall, a jazz piano riff soon confirming the earnest and intimate tone. When Carmichael appears onstage, he sits on a chair under dim blue stage lights. The room remains dark, and the aura of late twilight lends the staging an undertone of exhausted truth.

Like most comedians at his level, Carmichael, a talented veteran, knows how to command the audience by taking up space. But here, he's often seen in close-up retreating into himself.

Carmichael might well be the most prominent comic to come out onstage. But what makes "Rothaniel" — his actual first name, which he also spent decades concealing — so poignant are his descriptions of his ongoing reconciliation with his sexuality, as well as his parents'. We generally think of coming out as a temporal marker: There's the era before and the era after. Carmichael complicates the neatness with which pop culture tends to treat this process. He struggles with the internalized homophobia that renders his sexuality still "shocking" to himself. Many of his friends feel like he's been lying to them for years. He has to periodically remind his father that he's gay because "he forgets."

Carmichael doesn't get into specifics about how his coming out has changed his relationship with his religious mother, but he implies there's a newfound "coldness" there, an intolerable absence that makes him crave the acknowledgment of a homophobic slur or the emotional closure of a banishment from the family home.

It's here where "Rothaniel" becomes its most formally compelling, as Carmichael takes his hands off the wheel of the special to see where it will go. I haven't yet addressed whether "Rothaniel" is "funny," and I propose that it is, especially in the digressions about ancillary family members' reactions to his gayness. Carmichael knows where the jokes are supposed to go, and inspires trust that he knows just the right quip to break the tension. But the special culminates as an experiment in uncertainty and discomfort — a purposeful denial of catharsis that reflects his emotional state waiting for acceptance from his parents.

In the absence of any tidy conclusions or emotional resolution for his strained relationship with his mother, the special illustrates one of the silver linings Carmichael speaks of: care and empathy from those beyond his family that have helped him cope with that loss. In "Rothaniel," it comes from the audience, who pepper him with questions throughout but especially toward the end, as the comic's long pauses allow the special to become more collaboratively improvisatory.