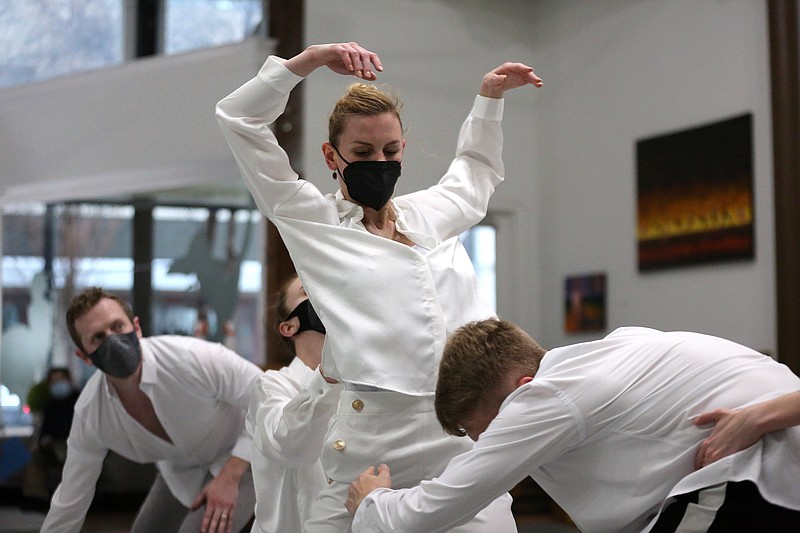 To everything, there is a season.

And Ballet Arkansas is wrapping up its 2021-22 season with "Four Seasons," a program of four world-premiere ballets, each by a different female choreographer, each to the corresponding violin concerto by Baroque composer Antonio Vivaldi.

And with the support of the Stella Boyle Smith Trust, the accompaniment comes from musicians — string players (four first violinists, three second violinists, two violists, two cellists, a bass and a harpsichord) from the Arkansas Symphony Orchestra, conducted by Geoffrey Robson. ASO violinists Andrew Irvin, Kiril Laskarov, Katherine Williamson and Meredith Maddox Hicks will solo as well as play, when not soloing, in the "band."

To accommodate the musicians, the ballet company had to move its performance dates ahead a week, to 7:30 p.m. today and Friday and 2:30 and 7:30 p.m. Saturday at the Center for Humanities and Arts Theater at the University of Arkansas-Pulaski Technical College in North Little Rock.

Michael Fothergill, Ballet Arkansas' executive and artistic director, says he's pleased it all came together, and notes that Ballet Arkansas is the region's only professional dance company to feature the works of four female choreographers on the same bill this season. That has earned the company kudos from the Dance Data Project, and furthers the company's commitment to gender equity.

Four choreographers each took on one of Antonio Vivaldi’s “Four Seasons” to choreograph works that Ballet Arkansas will premiere this weekend: (from left) Mariana Oliveira, Ashley Green, Xin Ying and Maddy Falconer. (Special to the Democrat-Gazette/Nicollete Nunez; Tony Moux; Rod Brayman; Corey Weber)  "Coming back out of the pandemic, Ballet Arkansas had a stated mission to promote equality, diversity and inclusion," he says. "Traditionally, women have not been given the same platform as men as creators. It is my hope that the program will bring attention to the incredible creative work being done by the women of today."

And he's pleased to have found a way for the orchestra to be a part of the project. Normally, the orchestra plays in the pit for the annual "Nutcracker" spectacular, but most of the time, the ballet uses a recording, as it would have done had this not worked out.

"We had discussed it with the orchestra," he says, "but we hadn't nailed it down; I hoped it would work out." The orchestra found it could find a way for it to fit its own schedule. And the Stella Boyle Smith Trust, which Fothergill praises as " a huge supporter of both" the ballet and the orchestra, came through with the necessary funding.

Fothergill says all four ballets are "driven by the music," and that in addition to the variabilities of Vivaldi's music — "a multitude of different tempos, with lulls and moments of intensity" — they are distinctly different from one another in the type and style of movement.

"Every choreographer has a different vocabulary," he says, to the point to which the audience might begin to realize that "these four seasons may not be part of the same year. Even the costumes are very different.

"They all have the same impact, but how they get there is entirely different." 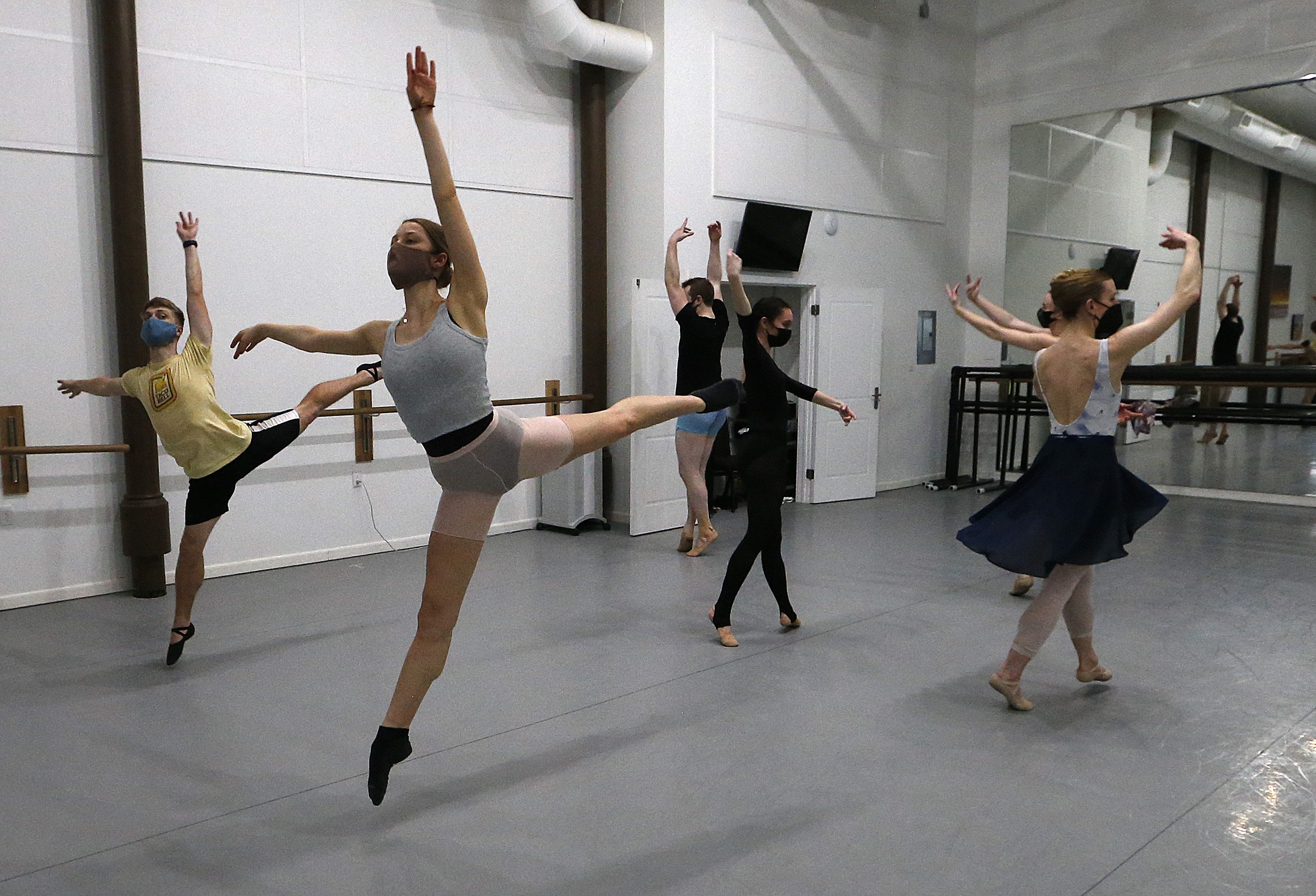 Ashley Green's winter, she explains, "features more rigid, sharp angles; in this life stage, we grind a lot, work a lot, but never see results of hard work. In the second [movement], the dancers relying on one another; in the third, we are all in this together."

Most of the 14 dancers in the company appear in two "seasons," not back to back — so they have time to breathe and change costumes, Fothergill says — a test of their endurance, especially since most of them are also involved in the other work on the program: "Confetti," which Gerald Arpino created for the Joffrey Ballet in 1970.

Ballet Arkansas is the only company in the region with permission to perform the work, which Fothergill describes as "a celebration of our first year back" from the pandemic, "with a tremendous amount of energy, start-to-finish — an explosion, note of celebration."