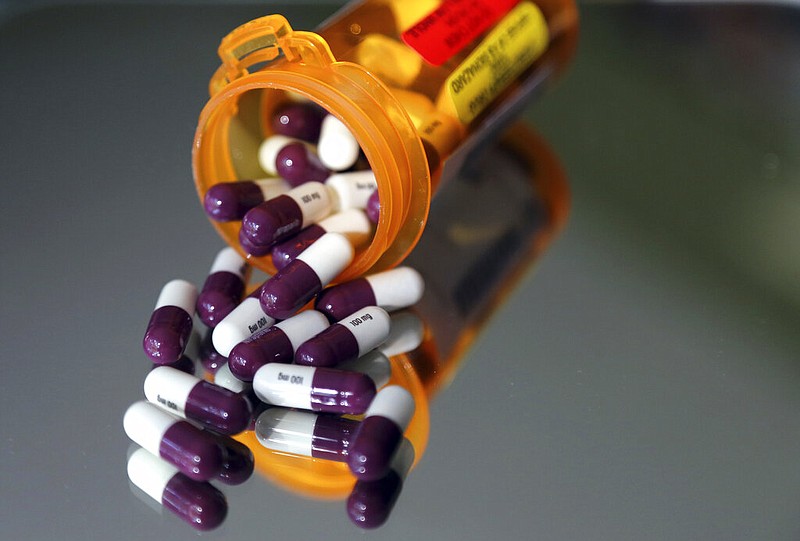 Arkansas Act 1103 of 2021 -- the 340B Drug Pricing Nondiscrimination Act -- requires drug manufacturers to provide 340B pricing to any Arkansas pharmacies that enter into contractual agreements with entities covered under 340B. That's true regardless of whether those pharmacies are in-house or third-party pharmacies contracting services to providers.

"The last section of the rules is the most controversial part," Rand said. "It provides that for complaints filed with the insurance department, a covered entity must first exhaust all federal arbitration and federal administrative for cancellation or limitation on contracting with outside pharmacies through [Health Resources & Services Administration] rules."

After following that procedure, Rand said, if it is found that a drug manufacturer improperly denied 340B drug pricing to a pharmacy or improperly prohibited a pharmacy from participation in the 340B program by denying access to drugs made by that manufacturer, those actions may then be reviewed by the Arkansas Insurance Department to determine if state law has been violated.

Rand said the enforcement section in the proposed rules was constructed out of "an abundance of caution" over a claim by the Pharmaceutical Research and Manufacturers of America that the state law violated federal law by proposing to regulate interstate trade by the state.

The 340B Drug Discount Program was created by Congress in 1992 to protect hospitals providing free or discounted care to low-income patients from escalating drug prices. The program allows hospitals to purchase outpatient drugs at a discount from manufacturers at no cost to taxpayers, which are then required to pass those savings on to their patients.

The 2021 law was passed in response to some drug manufacturers' refusal to supply discounted drugs under the 340B program to contract pharmacies beginning in the summer of 2020, effectively squeezing out many rural health organizations that don't operate their own in-house pharmacies but instead contract with outside pharmacies to supply drugs prescribed to their patients. In the summer of 2020, drugmakers began restricting 340B sales to contract pharmacies, which they said was to prevent duplicative discounts for 340B and Medicaid.

Many covered entities that utilize the 340B Drug Pricing Program, such as a network of community health centers in the state represented by Community Health Centers of Arkansas, depend on contract pharmacies to supply drugs to their patients.

Community Health Centers of Arkansas -- along with several other health care providers in the state -- voiced opposition to a section in the proposed rule that would require any entity lodging a complaint regarding the program to first exhaust all available federal avenues before taking the complaint to the Arkansas Insurance Department. According to CHCA spokesman Seth Blomeley, that requirement poses an unnecessary complication to the process that would likely delay resolutions to any complaints.

State Senator Jason Rapert, the senate co-sponsor of the House bill that became Act 1103, said the legislation was written in an attempt to stave off what he characterized as unfair trade practices that are squeezing independent contract pharmacies out of the 340B program. Rapert said a concern he has over the rule making process is that the rules themselves could run counter to legislative intent, which he said is to rein in the large drug manufacturers and allow the state insurance department to provide protection to small contract pharmacies trying to provide the mandated drug discounts to the entities they serve.

He said claims by PhRMA that many of those pharmacies are failing to pass the discounts in the 340B program on to their customers are "patently untrue" and that he believes opposition to the state law by large pharmaceutical manufacturers is rooted in greed.

"When you have three [pharmacy benefit managers] that basically control 85% of the American market they have acted in an evil way to punish and try to stifle any competition out there," Rapert said. "They are the ones that were the most egregious bad actors against the small, independent pharmacies that are fighting for their lives."

Rapert said the tactics used by the large pharmacy benefit managers against independent pharmacies "are as much like a mafia shakedown as you'll find."

"I've come to believe that these entities are truly bad actors," he said.

Following the public meeting, Rand said it will be some time before all of the issues with the law are resolved. He said the main concern raised by PhRMA is that the state law is preempted by federal law under the Veterans Healthcare Act.

"That's currently being decided by federal district court," he said. "We won't know until approximately fall of next year after briefing is done in federal court about the status of the actual act as preemption is a federal issue. ... We're just trying to get a handle on it with this rule right now."

CORRECTION: Seth Blomeley is a spokesman for Community Health Centers of Arkansas. An earlier version of this article misspelled Blomeley’s name.

Print Headline: Rules for law on prescription savings get pushback