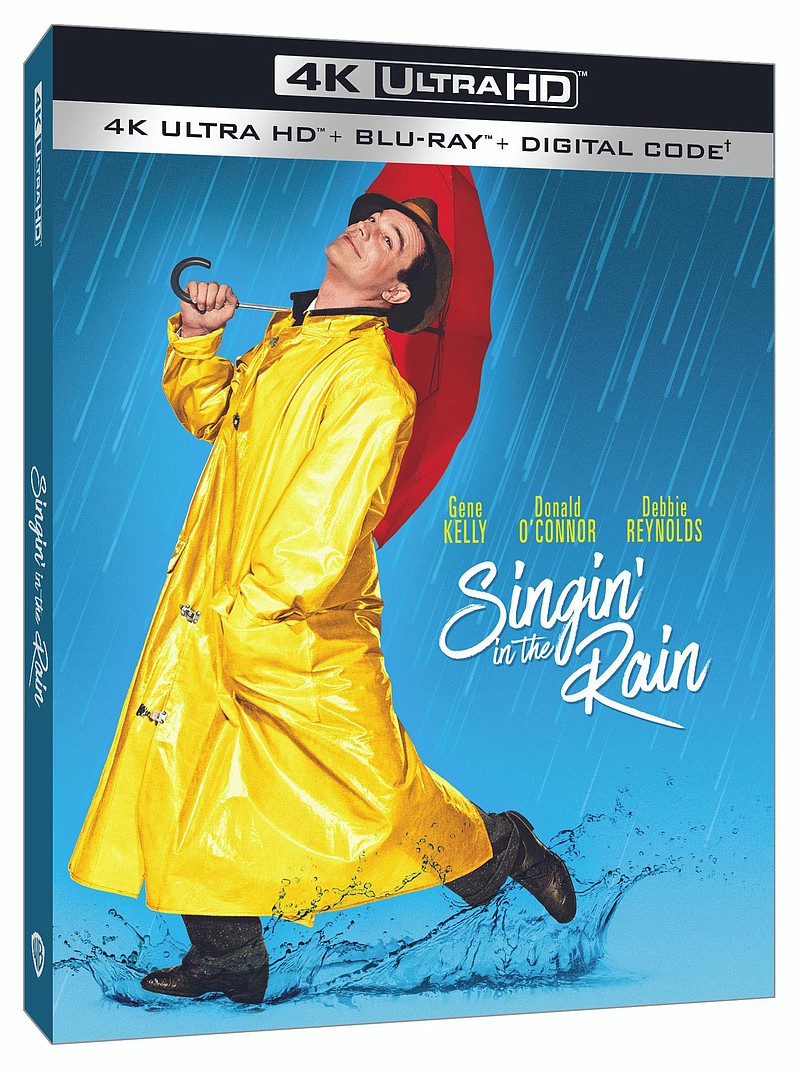 ‘Singin’ in the Rain’

The studio musical has seen a bit of a resurgence in recent years. Not to the point of truly reclaiming its former glory, but enough to open up the genre to new and younger audiences. But there was a time when theater marquees were routinely lit up with the latest big movie musical. And as cinema moved from silent to sound, musicals were quick to find their place on big screens across the country.

These studio concoctions brought with them an entirely new philosophy of moviemaking as colorful and vibrant musical set-pieces often trumped more dramatic storytelling. While this light and frothy formula did little to showcase what the burgeoning medium would soon become, it did offer audiences a much needed respite from the hardships of the real world. It was about transporting moviegoers; whisking them away with song and dance; providing a whimsical and sometimes dreamy escape from their troubles.

In 1933, Depression-era audiences found their escape in the kaleidoscopic showgirl productions of film director and choreographer Busby Berkeley. Also, Fred Astaire and Ginger Rogers would begin their celebrated RKO Radio Pictures run. And then there was MGM. Starting in earnest in 1939 and continuing for nearly two decades, MGM revolutionized the movie musical under the creative arm of producer Arthur Freed. Names like Judy Garland, Mickey Rooney and Gene Kelly would drive the studio's and the genre's success.

In 1952, MGM would release what remains one of the most beloved movie musicals of all time -- "Singin' in the Rain." The movie turns 70 this year and to celebrate Warner Home Video is releasing a 70th Anniversary 4K Blu-ray combo pack on April 26. It has even revisited theaters across the country (including Little Rock) as part of TCM's Big Screen Classics series. If by some chance you've never seen this timeless classic, there's no better time than now.

In 1951, MGM was coming off of a big hit with Gene Kelly's "An American in Paris." The film won six Oscars including Best Picture and was a tough act for Freed, Kelly, and the studio to follow. Yet they did so with "Singin' in the Rain," a musical romantic comedy that most people (and history) agree is a better movie. Though initially met with positive reviews, its reception at the time was hardly that of a film many today regard as the greatest of its genre. But reassessments (beginning as early as the 1960s) quickly and rightly saw the true greatness in Gene Kelly's singular vision.

Though he co-directed with Stanley Donen, "Singin' in the Rain" was Gene Kelly's show, both in front of and behind the camera. It was Kelly's vision to fuse song and dance with storytelling, and he relied on Donen's technical know-how to help bring that vision to the screen. For the script, screenwriters Betty Comden and Adolph Green penned the original draft, while Kelly and Donen helped with re-writes. And of course, Kelly was intensely involved in the choreography, which in turn produced some of the genre's best dance numbers.

In front of the camera, Kelly gives one of his best performances playing Don Lockwood, a popular silent movie star who falls for young stage actress Kathy Selden, played by the delightful Debbie Reynolds. Only 19 years old at the time, Reynolds was a gymnast rather than a dancer, and her lack of experience often frustrated her perfectionist teacher and co-star Kelly. "The two hardest things I ever did in my life are childbirth and 'Singin' in the Rain,'" she famously said. But the two became friends with Kelly later admitting, "I wasn't very nice to Debbie. I'm surprised she still speaks to me."

Equally vital to the movie is Donald O'Connor, an accomplished dancer and Vaudeville performer who was cast as Don's best friend Cosmo Brown. In addition to being a perfect on-screen sidekick for Kelly, O'Connor's "Make 'Em Laugh" is one of the film's most unforgettable (and physically demanding) numbers. And watching the remarkable duo of O'Connor and Kelly navigate the sublime high-energy tongue-twister "Moses Supposes" is still hilarious and breathtaking to watch.

There's also the fabulous Jean Hagen who played Don's conniving, entitled and unimaginably shallow leading lady Lina Lamont. She quickly becomes the story's villain as her studio manufactured romance with Don is threatened by Kathy. But she also gets some of the film's funniest bits with Hagen conveying Lina's high-pitched petulance for some big laughs.

While "Singin' in the Rain" is known most for its song and dance, it also has a surprising satirical wit. It's set in the late 1920s during a transitional period in Hollywood as silent films were slowly giving way to "talkies." The story pulls back the curtain and has a lot of fun poking at the artifices of the big studio system. There's actually a lot of truth in the film's movie-within-a-movie conceit, and you could consider it a behind-the-scenes primer on how Tinseltown once functioned.

But let's be honest, it's the musical numbers that first come to mind when considering "Singin' in the Rain." And none are better than the film's magical centerpiece, where a lovestruck Gene Kelly sings the title song while dancing along a studio street in his soggy tweed suit; twirling his umbrella in a man-made downpour; spinning around a lamppost with an effervescent grace and splashing in puddles with a childlike exuberance. (The story goes Kelly was sick with a 103-degree fever while shooting the sequence, but you would never know it.) It's an iconic movie moment that still shines after 70 years. And you could say the same for the movie as a whole. It's a cinematic slice of a bygone era, yet one that will forever stand the test of time.

‘Singin’ in the Rain’

“Singin’ in the Rain” is available on DVD and for rental or purchase on HBO Max, Amazon Prime Video, Apple TV, VUDU and most other On Demand providers.