Study: Even cactus might not be safe from climate change 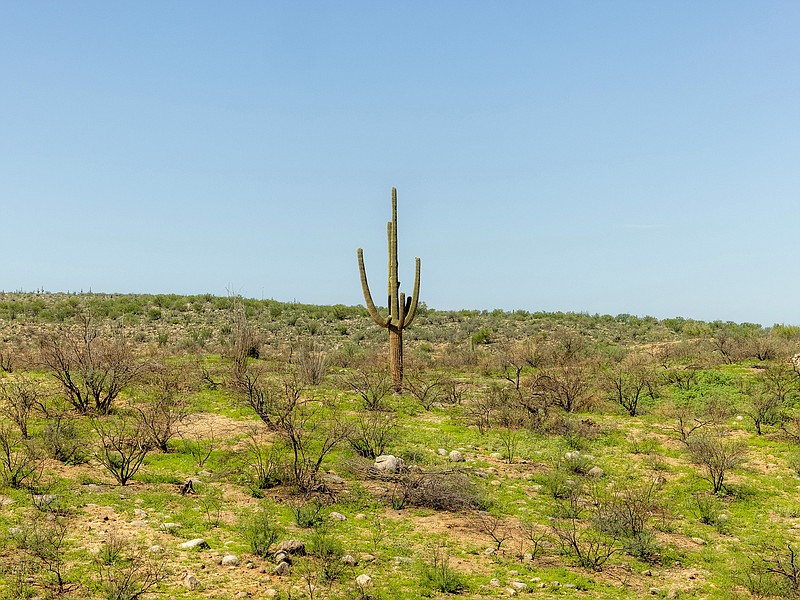 The hardy cactus -- fond of heat and aridity, adapted to rough soils -- might not seem like the picture of a climate change victim.

Yet even these prickly survivors may be reaching their limits as the planet grows hotter and drier over the coming decades, according to research published Thursday. The study estimates that, by mid-century, global warming could put 60% of cactus species at greater risk of extinction.

That forecast does not take into account the poaching, habitat destruction and other human-caused threats that already make cactuses one of the world's most endangered groups of organisms.

Most cactus species "are in some way adapted to the climates and the environments that they live in," said Michiel Pillet, a doctoral student in ecology and evolutionary biology at the University of Arizona who led the new study, which was published in the journal Nature Plants. "Even a slight change may be too much for them to adapt over shorter time scales."

For those who think of cactuses either as stoic masters of all-weather endurance or as cute, low-maintenance houseplants, the enormous variety within the cactus family might come as a jolt.

For starters, not all cactuses are desert dwellers. Some live in rainforests or in cool climes at high altitudes. Some store little water in their stalks, relying instead on rainwater and dew. Some occupy highly specific environments: limestone cliffs in Mexico, hills of pink granite in Brazil, a sandy patch of less than 1 square mile in Peru. In the Amazon, the moonflower cactus spirals around a tree trunk, high above the ground, so that it is above the water line when the forest floods and the water can disperse its seeds.

In part, it is this narrow taste for particular settings that makes certain cactuses vulnerable not only to climate change but to threats of all kinds.

"If you only find it in a very small area, and someone comes and plows it out to grow whatever they want to grow, the whole population disappears," said Barbara Goettsch, another author of the new study and a chair of the Cactus and Succulent Plants Specialist Group at the International Union for Conservation of Nature.

The study looks at 408 cactus species, or roughly one-quarter of all known cactus species, and how their geographic range could shift under three different trajectories for global warming in this century. To the researchers' surprise, their results did not vary much between different pathways for climate change, Pillet said: Even if the planet heats up only modestly, many types of cactus could experience declines in the amount of territory where the climate is hospitable to them.

Overall, 60% of cactus species are expected to suffer declines of any magnitude, the study found, and 14% could suffer steep declines. Only one species, the Xique-Xique in Brazil, is projected to experience a substantial increase in range.

According to the study, the places where the largest numbers of species could become threatened are generally those with the richest diversity of species today, including Florida, central Mexico and large swaths of Brazil. Cactuses that live on trees seem to do especially poorly, perhaps because their lives are so intertwined with those of other plants.

The outlook does not seem to be as bleak for the American Southwest, home to the iconic saguaro, Pillet said. But scientists still do not know enough about certain rarer cactuses to predict how they might respond to more punishing climates, he said. That means the study's projections might not paint a complete picture for some parts of the world.

Cactuses, by their nature, do not give up their secrets readily. Scientists examining other plants' sensitivity to environmental changes might look, for instance, at the size and thickness of their leaves. "Most cacti don't have leaves, so what would you be measuring?" Pillet said.

The study's predictions also do not account for extreme events such as droughts and wildfires, Pillet said. In the Sonoran Desert, rapid infestations of buffelgrass, a drought-resistant plant native to Africa, Asia and the Middle East, have made the landscape highly flammable. Wildfires there have killed thousands of saguaros in recent years.

"It's a popular image of cacti," said David Williams, a professor of botany at the University of Wyoming who was not involved in the new research. "'Ah, we don't have to worry about cacti. Look at them, they've got spines, they grow in this terrible environment.'" But cactuses, like most plants, exist in delicate balance with the ecosystems around them, he said. "There are a lot of these tipping points and thresholds and interactions that are very fragile and responsive to changes in the environment, land use and climate change."

The new study is "pivotal," Williams said, for showing how broadly such changes could affect cactus communities.

Around a decade ago, when Goettsch was preparing a comprehensive global assessment of the threats to cactuses, there were only a few scientific studies looking at climate change's potential impacts specifically on cactuses, she said.

But, she said, other cactus experts kept telling her during their field visits, "You know, we go back now, and a lot of plants are dead. There's no real reason, so we think it might be climate change." The evidence has only piled up further since then, she said.

Brazil is a hot spot for cactus diversity. As the country's northeastern drylands experience hotter temperatures, more intense droughts and desertification, that plant wealth is in jeopardy, said Arnóbio de Mendonça, a climate and biodiversity researcher at the National Institute for Space Research in Brazil who did not work on the new study.

"Species either adapt or they will go extinct," he said. "As adaptation is a slow process and current climate change is occurring rapidly, it is likely that many species will be lost."

Print Headline: Study: Even cactus might not be safe from climate change