Sake makers aim to be on state shelves by ’23 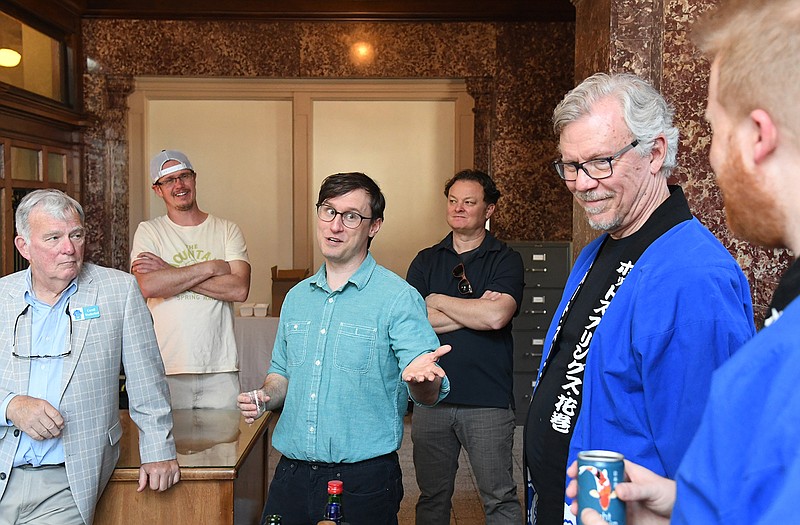 EDITOR'S NOTE: This is the second installment on Arkansas' first sake brewery, which is being built in Hot Springs.

HOT SPRINGS -- With its new sake brewery under construction, the principals behind Origami Sake intend to have its products on the shelves by the end of the year.

The project to brew sake in Hot Springs has been a goal of Ben Bell's for over a decade. While he stepped away from the project in 2018, Matt Bell, no relation, took up the idea and ran with it. Now CEO and owner of the company, Matt Bell persuaded Ben Bell to return to the project and made him the company's vice president.

"I hired [Ben] as a consultant at first and then asked him to partner with me," Matt Bell said.

Ben Bell had spent years learning how to brew sake, but Matt Bell comes from a different background, working in business and entrepreneurship.

"I've got an energy business called Entegrity; I've also got a couple other real estate businesses," he said.

The sake project will use local materials, which Matt Bell said was also appealing.

"Not only is this a passion project for the state of Arkansas, it's also a sustainable project for the state of Arkansas. Sourcing locally is very important. Using Hot Springs water, as much material as we can get from our state, you know, we're going to brew and run our production with solar power, as well as our farmers growing our rice with solar power, so it will likely be one of the most sustainable beverages made," Matt Bell said.

The sake will use sake rice grown by Isbell Farms.

Ben Bell said the project became easier once there were multiple people working on it, noting that another sake brewer, Cassady Harris, who is from New Orleans and also trained in Japan, has also joined the project.

"So there's three of us, this is like our starting crew," Ben Bell said, "but having Matt's business acumen and his construction skills -- he has a great construction background -- it's to me a really exceptional complementary skill set to the brewing side."

"My background is in construction so when I saw the building I knew what it would cost to renovate it," Matt Bell said, noting he hired Ben Bell and Harris to "lay out the brewery and get the equipment specified and from there we kind of went forward."

Ben Bell said Hot Springs is a good place to set up a sake brewery.

"You think about your main ingredients for making sake, the top two, rice and water. Arkansas is the rice state, really you can think of the Delta as a whole as like the rice-growing part of the U.S., and California's very significant as well, as a state it's the No. 2 grower, but Arkansas on its own produces half the United State's rice," he said.

"In addition to that you have Hot Springs' famous water. Arkansas water in general is very good. It's high quality; it's generally soft water. I think it's the largest patch of soft water in the United States. But your two main ingredients, we've got the rice, and it's not just any kind of rice, we have sake rice, some of the best sake rice, being grown here in Arkansas. We've got the rice, we've got the water," Ben Bell said.

They will not be using the thermal water from Hot Springs National Park, however.

"I believe that is only available to the bath houses, which is fine. We don't really want warmed-up water anyways. It's better for us to have a colder water source. That water's amazing but it's better for what it's used for, which is the bath houses. For brewing, Hot Springs has so much well water all over the place, it's just a matter of finding a good bit of well water where you are, and actually, we just dug a well, so we'll have on-site well water. It's the perfect setup for us," he said.

The brewery will be at 2360 E. Grand Ave., in the former Texamerican building. Construction to convert it into a brewery started several months ago.

"We'll be doing test batches within a couple of weeks and we're planning for about six months of test batches and then depending on how well those go and how long it takes to get our bigger pieces of equipment, we want to go into the holiday season doing full commercial production," Ben Bell said.

"We've got our test batch equipment in, we've got our test rice in to start making samples, and our heavy equipment, the main brewing commercial equipment's going to be here in probably, all of it within six months, some of it will be here in a couple of months," Matt Bell said.

As for selling their products, Ben Bell said, "Hopefully by the end of the year going into the holiday season."

The plan is for their product to not just be sold locally, but all around the country. "I think you'll see that pretty soon. Definitely, I want people to think of our sake as an Arkansas product and it will represent what Arkansas brings in terms of nature and agriculture, but it's something to show to people outside of Arkansas, so we'll be selling nationally. Our hope is to be exporting, as well," he said.

"I think it's going to bring recognition for the state. I think that it's going to increase -- there'll be more breweries like this. I think that with our production capacity, we'll be exporting throughout the United States, and that's our goal," Matt Bell said.

They will do tours of the facility, and are looking at potentially opening a tasting room in the city, Ben Bell said. 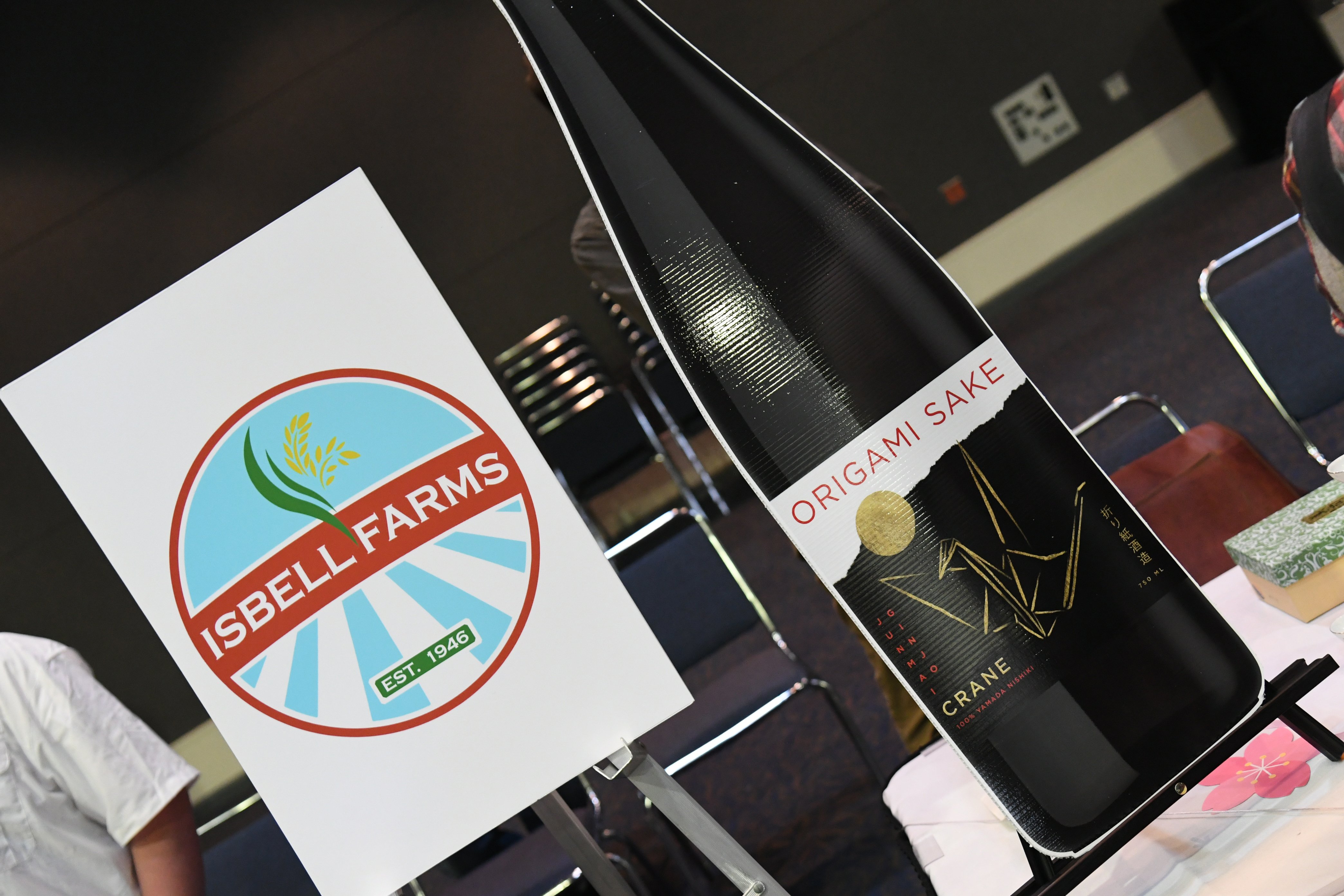 A poster promoting the new Origami Sake, which will be made with rice grown at Isbell Farms.

Print Headline: Sake makers aim to be on state shelves by ’23