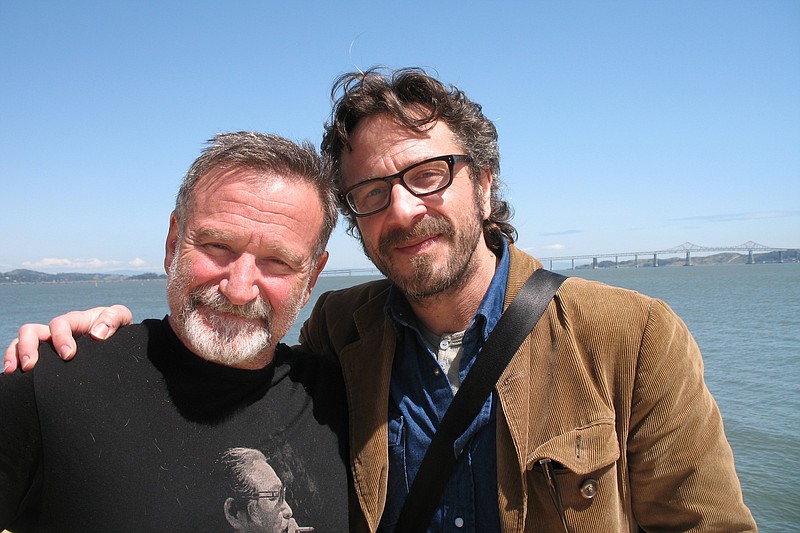 Robin Williams and Marc Maron were photographed in 2010 for their interview on the podcast “WTF with Marc Maron.” (Courtesy of Marc Maron)

The Library of Congress's National Recording Registry announced its latest selection of 25 recordings — chosen for their "cultural, historical or aesthetic importance in the nation's recorded sound heritage." This year's class highlighted how wide-ranging, monumental and sometimes just plain fun the selections can be.

There are some crowd-pleasing inductees this year: Journey's "Don't Stop Believin' " (1981), Queen's "Bohemian Rhapsody" (1975) and the infectious "Livin' La Vida Loca" by Ricky Martin (1999) — all now honored forever by the nation's library. Also included: "It's a Small World," the uplifting (some might say unnerving?) anthem heard in the classic theme-park attraction, recorded by the Disneyland Boys Choir in 1964.

Since 2002, the library has chosen recordings for preservation in consultation with members of the National Recording Preservation Board and library curators — aided by public nominations, which this year totaled about 1,000. The latest class of inductees brings the registry to 600 titles in all.

The library's sound collection features nearly 4 million items. The criteria for induction is that a work must be at least 10 years old and a copy of it must exist. It's quite a daunting task to account for what is historically significant, given how subjective individual listening experiences can be.

It took until 2022 for two of hip-hop's most influential albums to earn a nod from the library. A Tribe Called Quest's "The Low End Theory," released in 1991, fused eclectic, jazz-heavy samples with playfully dexterous rhymes from MCs Q-Tip (who also produced the album) and Phife Dawg. Wu-Tang Clan's "Enter the Wu-Tang (36 Chambers)," was a pioneering work of hardcore, East Coast rap when it was released in 1993 and still sounds as tough and vibrant as ever.

While this year's class skews a bit male — five of the 25 inductees were female solo or group artists — it does include Bonnie Raitt's don't-call-it-a-comeback smash 1989 album "Nick of Time," as well as R&B star Alicia Keys' breakthrough 2001 album "Songs in A Minor." 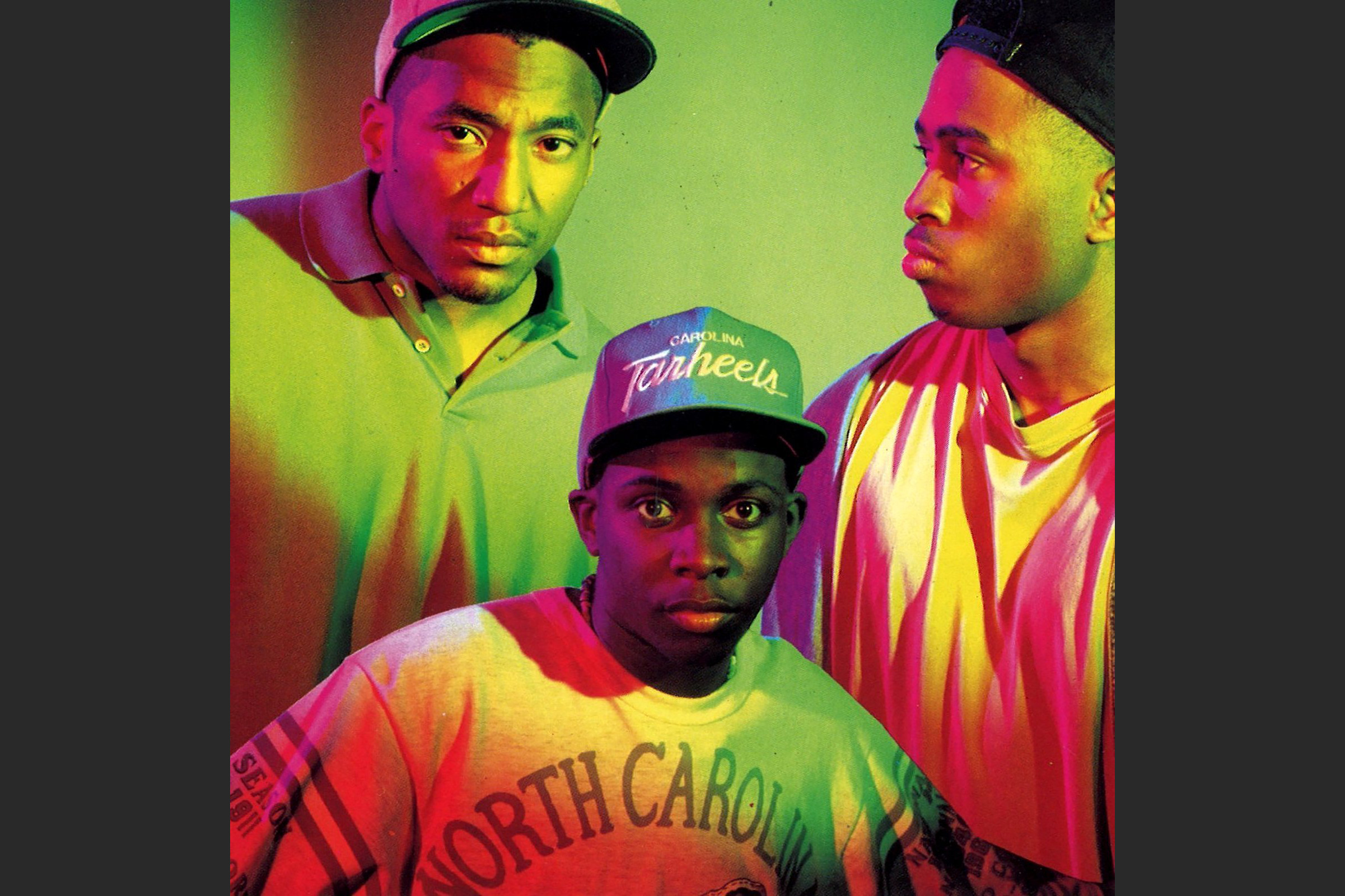 A Tribe Called Quest members are Q-Tip (from left), Phife Dawg and Ali Shaheed Muhammad. (Jive/Sony)  "I just think ["Songs"] was so pure," Keys said in a statement to the Library of Congress. "People hadn't quite seen a woman in Timberlands and cornrows and really straight 100% off of the streets of New York performing classical music and mixing it with soul music and R&B ... And people could find themselves in it. And I love that."

On the more experimental side, minimalist maestro Terry Riley's composition "In C" made the grade. The work was first performed in 1964 and features 53 melodic phrases that can be improvised at a musician's will with whichever instrument suits them.

With last year's induction of a 2008 episode of "This American Life," the National Recording Registry opened its gates to podcasts. This year's list adds another podcast selection — the April 26, 2010, episode of "WTF with Marc Maron" which featured Robin Williams.

It was a revelatory episode of "WTF," which at the time was just getting its bearings before it eventually became the home for intimate conversations between Maron, a longtime journeyman comedian, and a cavalcade of friends, acquaintances and fascinating people in comedy and arts — and eventually even former President Barack Obama.

The interview with Williams was only the 67th episode of the podcast; Maron, 58, remembers how nervous he was about chatting with Williams, given the actor's reputation for being "on," in his trademark, hyperactive style, during interviews. But Williams' heart-to-heart with Maron revealed the comedic star's quieter side.

"I knew I didn't want to deal with a Robin show, and I knew that was sort of his default," Maron said. "But it turns out if there's really no audience, the natural impulse to do that is lessened. We're just sitting there across from each other, holding mics, looking at each other from only a few feet. He was a very quiet, shy, soft-spoken guy. But you know he turns on the juice very easily and very quickly throughout the interview — it's second nature to him."

"I had, for whatever reason — I think it was the intimacy and that I was a stand-up — access to a part of him that was not really that public." 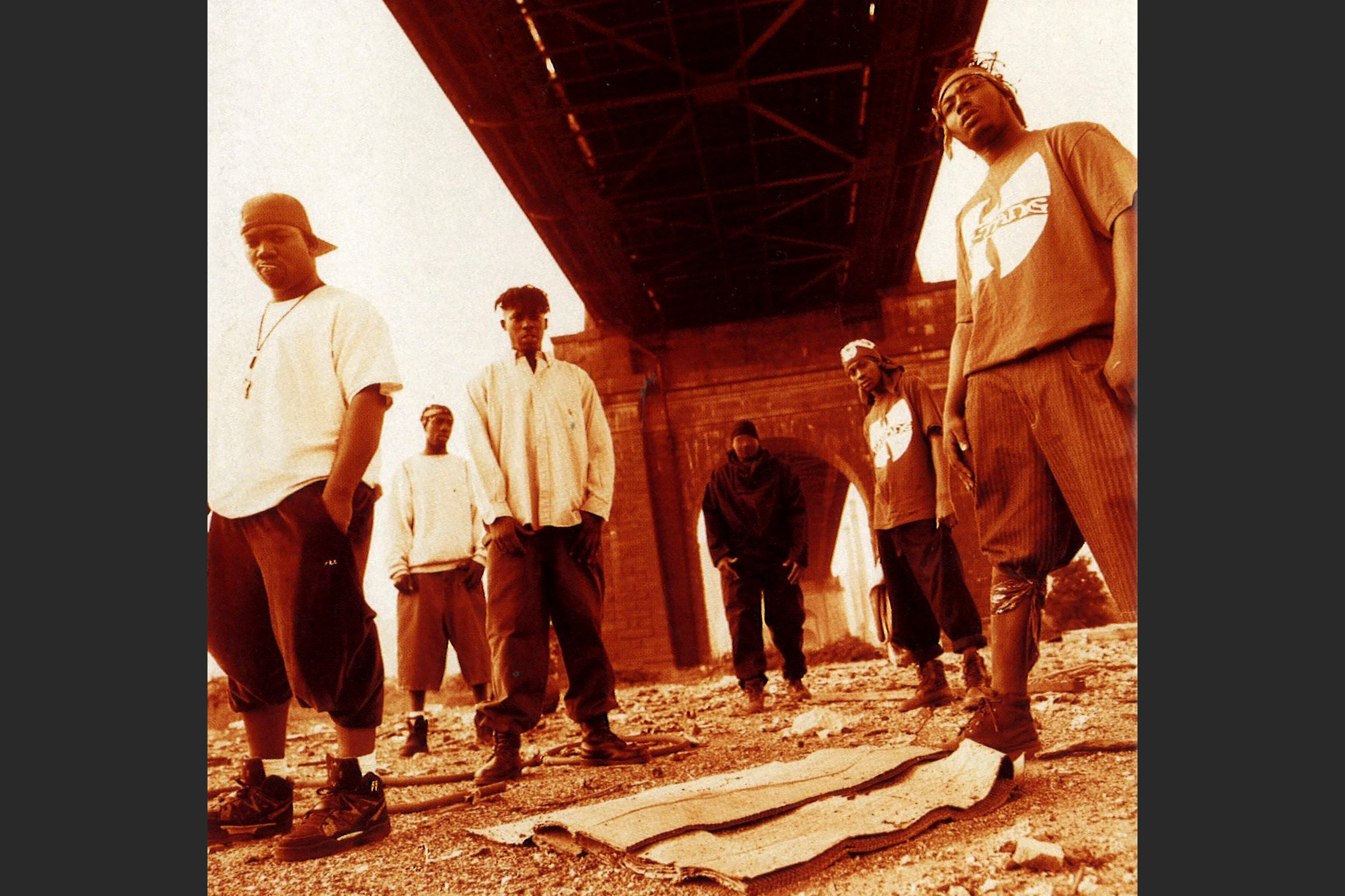 Wu-Tang Clan has made the National Recording Registry. The trail-blazing rappers’ “Enter the Wu-Tang (36 Chambers)” from 1993 is on the 2022 registry. (Loud Records)  There's a retrospective pall that sets over the final minutes of the episode, which feature Williams riffing on his past struggles with sobriety and thoughts of suicide, which would be his cause of death in 2014.

Maron has thought quite a bit about the legacy of "WTF." The podcast seems to help people (and admittedly himself) process and contextualize their feelings about public figures such as Williams — especially when they die. Recent years have seen "WTF" remembrance episodes for comedian Bob Saget and director (and Maron's then-partner) Lynn Shelton.

"I have learned that many of the conversations I've had with people or alone, with the audience, make people feel things," Maron says. "Whether it's being less alone, supported in their sobriety or inspires them to get help. Whatever it is, it happens — because of the nature of the medium and the nature of how I do it."

Twelve years and 1,300 episodes in, Maron said he's pleased to be included in the registry, but it also presents a chance to humble himself.

"It's a real honor," Maron says. "Because in a time where everyone has a podcast, I was sort of part of, you know, causing that. I have to live with that. Because of me, the medium has become somewhat un-special."