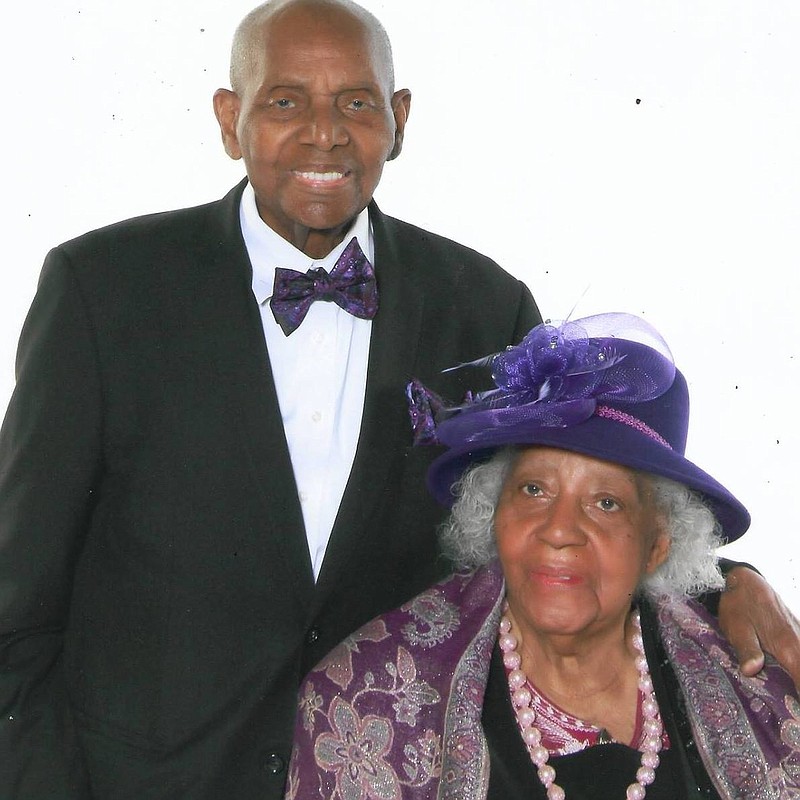 Cleovis and Arwilda Whiteside of White Hall have been recognized as Arkansas' longest married couple.

The Family Council, a pro-family organization located in Little Rock, recognizes Arkansas' longest married couple each year. This marks the second time the Whitesides have been so recognized. "Mr. & Mrs. Whiteside are a shining example to us all," Family Council Executive Director Jerry Cox said. "They made a marriage covenant with one another almost 83 years ago, and, by the grace of God, they kept it."

Their story begins when Arwilda and her friend Caroline were walking home from school and some boys began to chase them. Caroline told Arwilda to run to Cleovis, because he would protect them. He did, and he made the boys leave Arwilda and Caroline alone. Years later, while attending a church box supper, Cleovis bought Arwilda's box supper for 25 cents that she had prepared for the event. Caroline then commented that "one day Cleovis will be your husband."

And so, on July 24, 1939, Cleovis and Arwilda Whiteside were married. It rained so hard on that day that only his parents, her family, his best friend Detroit, and the minister who trudged through the rain with his horse and buggy were able to attend. The minister arrived at 11 p.m. to finally marry them at 11:30 p.m.. The Whitesides have kept their marriage covenant ever since.

Arkansas Gov. Asa Hutchinson recognized the couple's milestone with a special letter. The couple will be honored in a ceremony at their church in White Hall on Sunday where they will receive the governor's framed letter, an engraved silver platter, a Bible, flowers and other gifts.

In addition to the Whitesides, the Family Council released the names of Arkansas' remaining top 10 longest married couples:

• Wesley and Bernice Robertson of Camden.

• Charles and Ivalee Whedbee of Dayton.

• Cecil and Eleanor Simonton of Rogers.

Anyone interested in adding a couple to the Arkansas' Longest Married Couple registry should contact the Family Council in Little Rock.