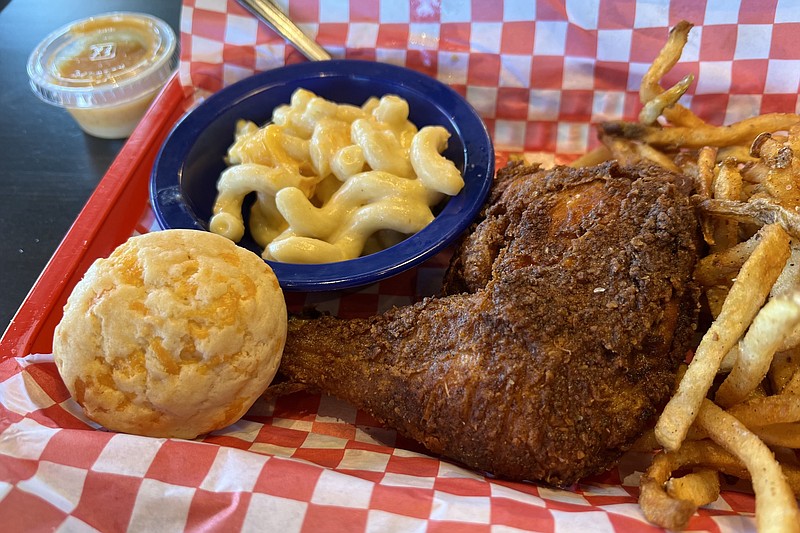 On Warden Road in North Little Rock, on a lot behind McCain Mall that formerly housed a Johnny Carino’s.

You will recall that Waldo’s Chicken & Beer is a collaborative project involving restaurant group JTJ Restaurants, which operates Petit & Keet, Cypress Social and eight Arkansas Taziki’s Mediterranean Cafes, with Nashville, Tenn.-based Fresh Hospitality and a group of other partners, who together operate a Waldo’s in Tulsa.

Waldo’s, as the name implies — no, states outright — focuses on chicken: fried and grilled quarters, white or dark meat; tenders; sandwiches; salads. There’s a range of side items and dipping sauces. You can order soft drinks or one of more than a dozen on-tap beers. There’s also a full bar if you’re looking for something stronger.

The North Little Rock Waldo’s seats about 70 in either the front or side dining areas, if you can get an actual table — during peak meal hours and even beyond, the folks who flock to eat at new chain places swamp what’s available. There’s additional seating at the bar and on a 650-square-foot patio, which also fills up in fair weather. The double drive-thru wasn’t yet open when we visited. 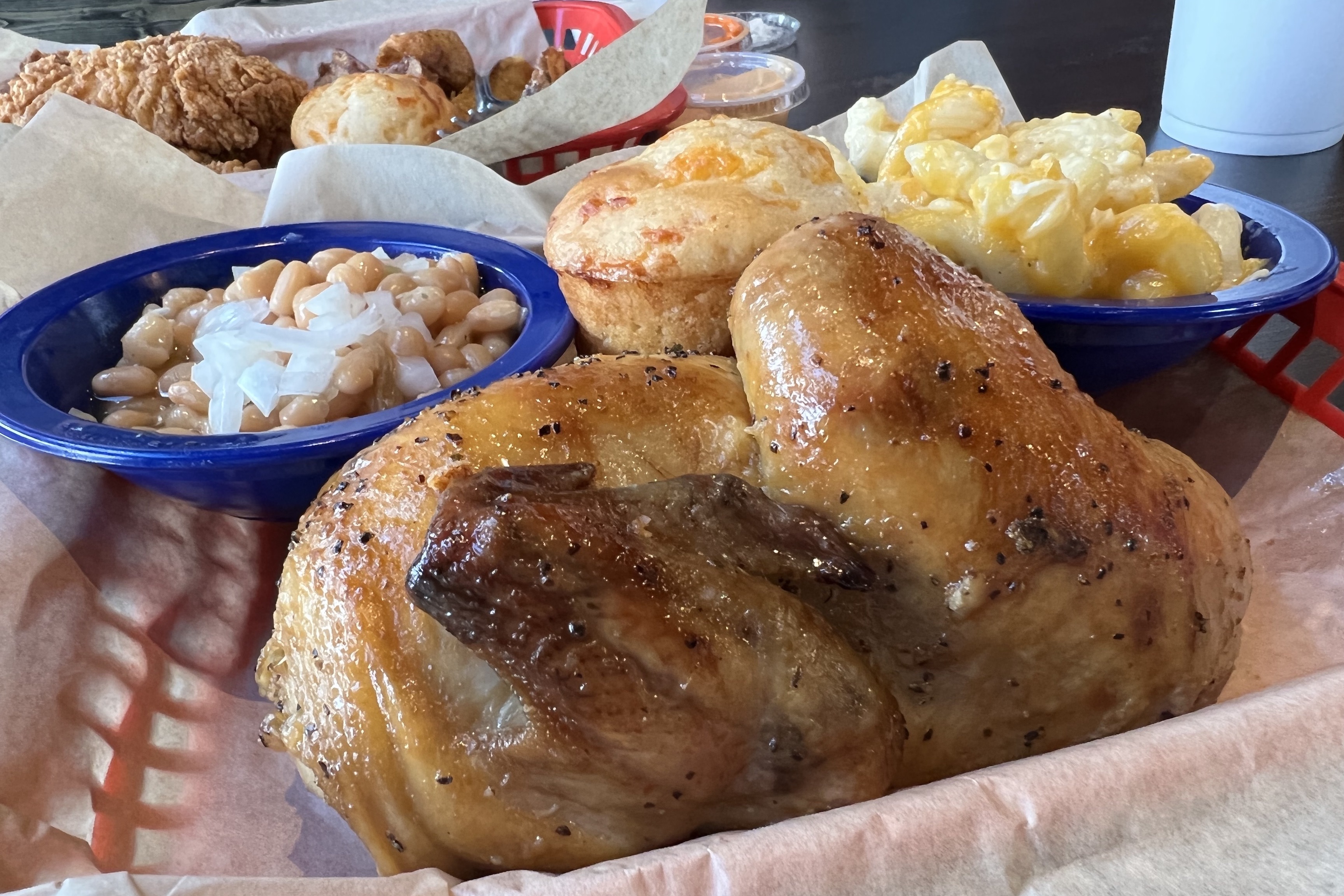 The entranceway is not really designed for the so-far size of the crowds, either. Because the order system is somewhat complicated, especially for first-time patrons, it takes a substantial while, even when two registers are available and working, as the line stretches out the door into the elements.

Printed menus are available when you get to the front of the line, but they’re pretty much useless at that point, unless you just are unable to read the lit-up display menu board posted above the order station, and that has some smallish print that’s difficult to read at a distance unless you’re far-sighted. At least there’s a whiteboard by the door to let you know if anything on the menu has been eighty-sixed.

And even if you have accumulated enough information to figure out what you’re going to order, you can get trapped in the incidentals: Which sides? You get a dipping sauce with that — which one? That requires that you turn your head to the list on the side wall and pick one out of more than half a dozen dipping sauces.

So even on our second visit, those questions caught us on the hop a bit and lengthened what we had planned on being a quicker order experience.

The beer list, meanwhile, is on a separate board that only shows about half the available selections at a time.

Once you’ve ordered, you get a number to put into a holder at your table or booth — assuming there’s one open. Bussers do try to clear them quickly once customers vacate.

Soft drinks you dispense yourself; beer you must pick up from the bar, where the bartender is supposed to be checking the computerized order system and pouring the brew you selected. Except that the bartender was swamped serving the folks sitting at the bar, so we stood for several minutes until we could attract his attention, just as you would at any bar, except that only then was he able to check the screen to see what we’d ordered, pour it and hand it across.

These are actually fairly minor issues, we admit. What really counts is the food, and that, for the most part, we can recommend. 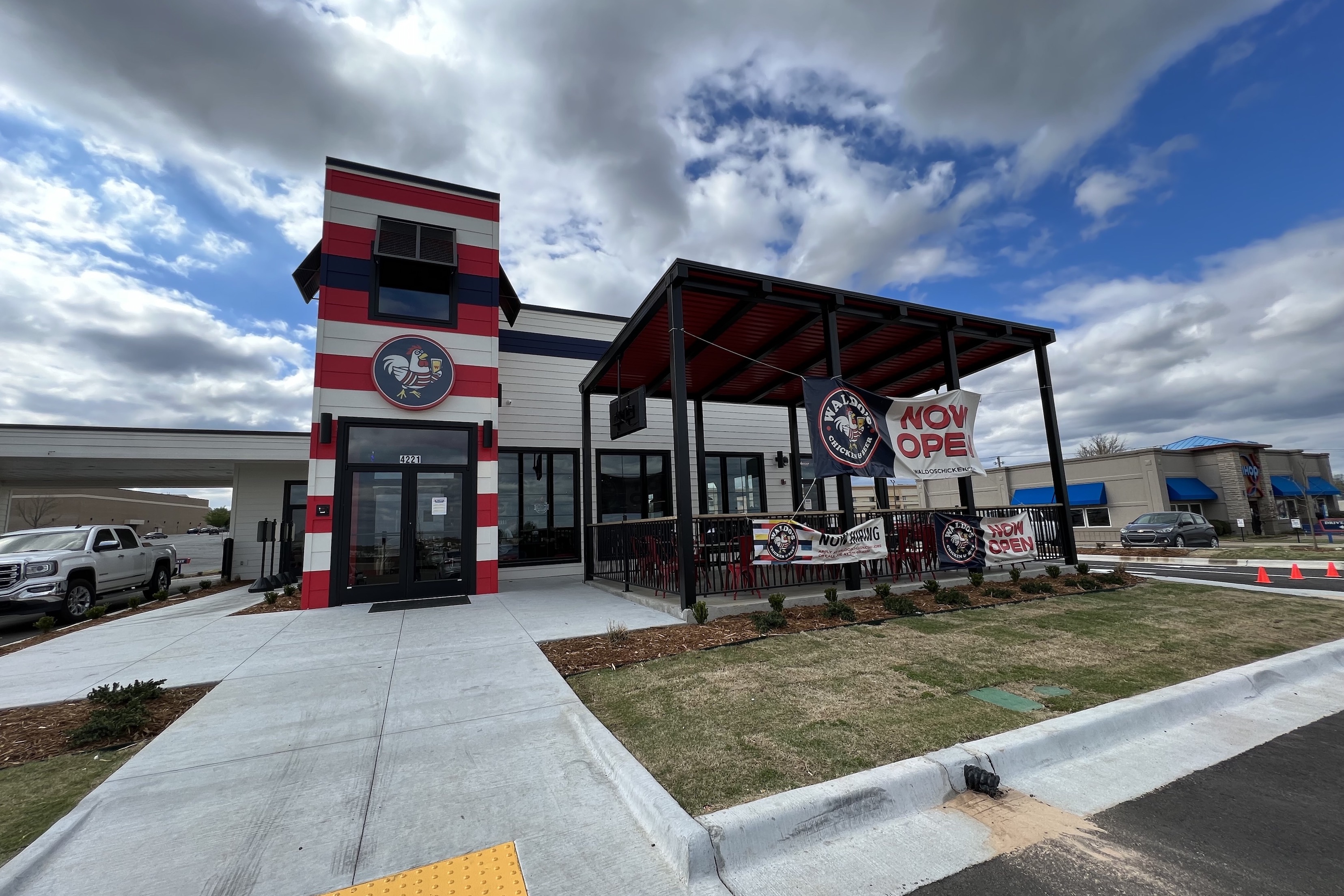 Waldo's Chicken & Beer, built on the site of the former Johnny Carino's behind McCain Mall in North Little Rock, has fair-weather dining on the patio and a double drive-thru that wasn't yet open when we visited. (Arkansas Democrat-Gazette/Eric E. Harrison)
GOOD CHICKEN

Given the way co-owner Jim Keet enthusiastically rhapsodized about it when he first detailed what Waldo’s would offer, we expected the fried chicken to be miraculous, or perhaps a little short of miraculous.

Folks, it’s fried chicken, not manna. It’s very good fried chicken; we’d venture to say it’s at least as good and prob- ably better than just about any chain fried chicken we’ve tried (maybe Gus’s would give it a run for its money), though not the equal of most of the area’s smaller mom-and-pop places. (Need a nomination for one of our top such choices ’round here? Try Flint’s at the Regions.)

The chicken is brined overnight, so it stays pleasantly moist (it’s so very easy for fried chicken to come out dry) and hand-breaded in what turned out to be a dark, crisp, crunchy coating. Our 1/4 dark-meat platter ($10.49) provided a more than adequate amount of thigh and leg meat, and it came with two sides — we chose and were pleased with a cheesy mac ’n’ cheese and some crisp fries — and a choice of one of several dipping sauces (we picked, more or less at random and more or less successfully, a tangy honey mustard from the list that also included Buttermilk Ranch, Rooster Sauce, Jalapeno Ranch, Classic Buffalo, BBQ Sauce and Alabama White Sauce).

Oh, and a cheddar biscuit that, with due respect to Red Lobster’s actual biscuit, is, we’d say, closer to a cheddar muffin. It has a mild cheddar flavor and a softer-than-a-biscuit consistency. 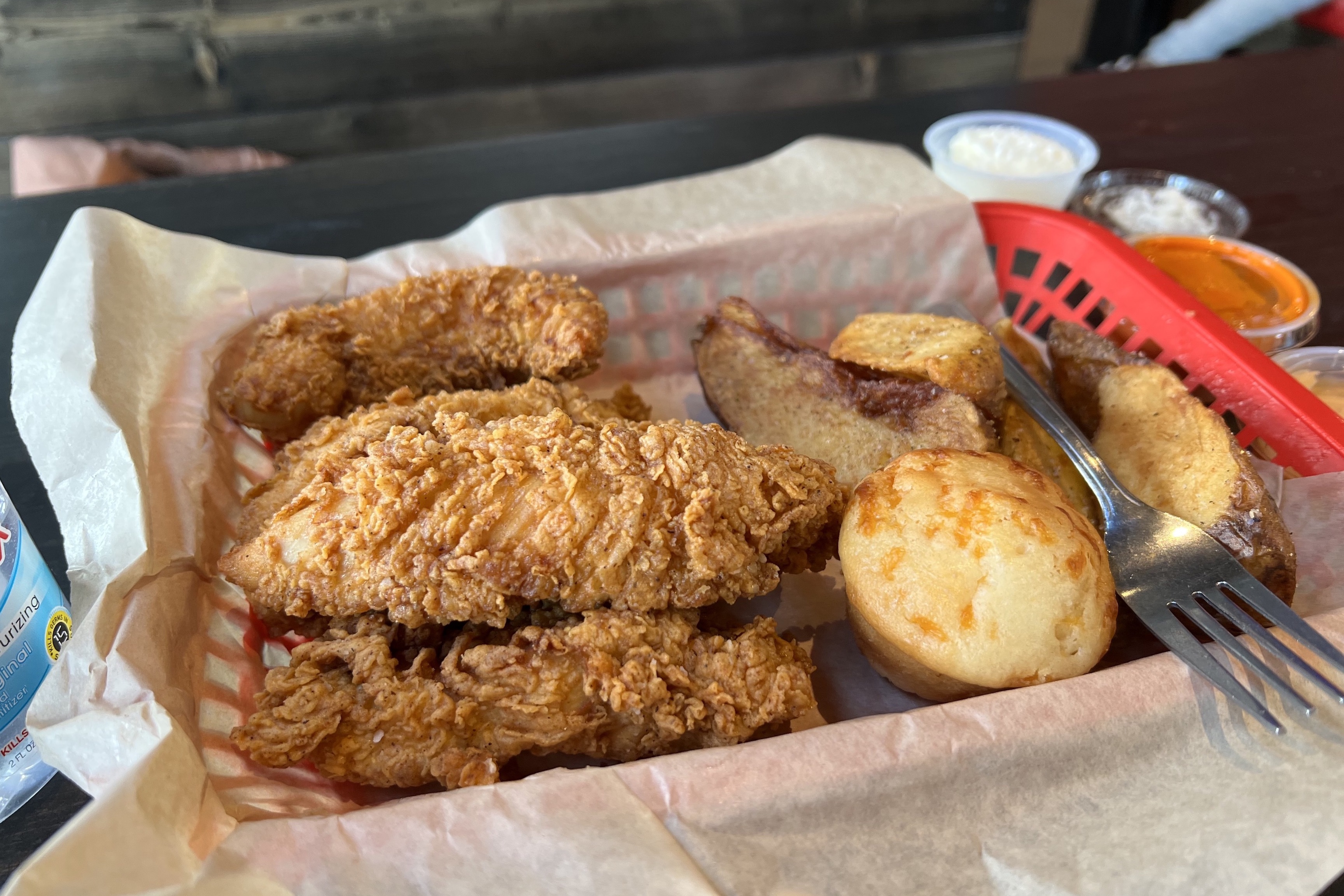 We got five tenders in a basket with potato wedges on the side and two dipping sauces. (Arkansas Democrat-Gazette/Eric E. Harrison)
SUCCESSES

We had better success with our “fire-roasted” white meat quarter (breast and wing, $9.99), also “brined overnight and rubbed with spices,” according to the online menu, and which was moist, tender and delicious. On the side we reprised the mac ’n’ cheese with some excellent, firm and tasty white beans with an onion garnish, another cheddar biscuit and Rooster Sauce, which had a bit of a kick but wasn’t much to crow about.

Intrepid Companion picked the five-tender basket ($10.99), a handful of meaty chicken tenders in a mild but flavorful coating. It came with only one side — some excellent, firm potato wedges. Tender orders come with “White Sauce” — we’re not sure if that’s the same as the Alabama White Sauce — and she also chose some zippy Classic Buffalo sauce, which nicely complemented the tenders. (Other side items: collard greens, cole slaw and tomato cucumber salad.)

Once we’d finally gotten it from the bartender, our Flyway Early Bird IPA ($5) was, as we correctly judged, the right accompaniment to our grilled chicken. Many of the brews on tap are local or regional, by the way.

Despite how long it took for us to order — quicker on our second visit, early enough to be ahead of the main dinner flood, only because we didn’t stand in line so long — table service was surprisingly fast, via a cadre of food runners who also serve as table bussers and follow-up wait staff and/or whoever is available when the order comes up (including co-owner Tommy Keet). Our food practically flew out of the kitchen in about five minutes.