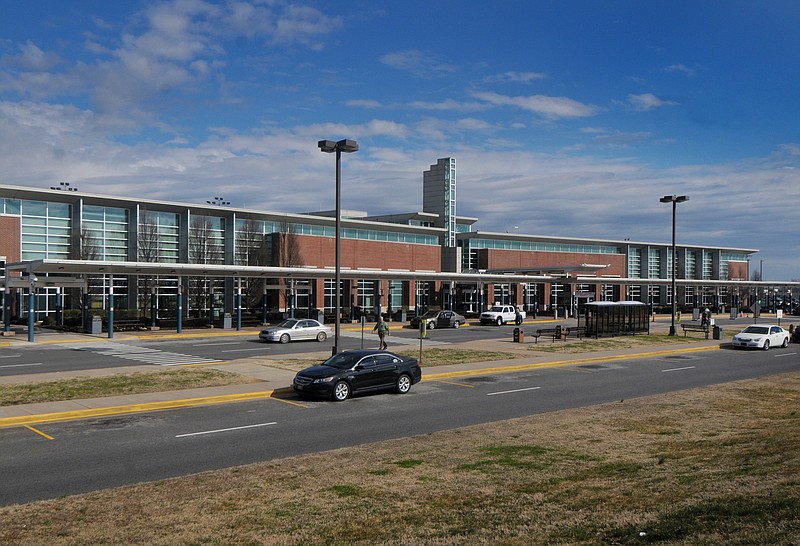 NWA Democrat-Gazette/BEN GOFF A view of the Northwest Arkansas Regional Airport on Thursday March 3, 2016 in Highfill.

HIGHFILL -- The Northwest Arkansas National Airport board agreed Monday morning to buy almost 40 acres it said would be needed to build another runway.

The 38.44 acres at 11345 Brush Arbor Road on the east side of the airport was listed for sale March 8. The property is on the southwest corner of the intersection of East Insco Road and Brush Arbor Road.

The parcel had earlier been identified for acquisition on the Airport Layout Plan prepared by consultants Mead & Hunt and submitted to the Federal Aviation Administration.

Airport officials made an offer the day the property was listed for the asking price of $864,900, or $22,500 per acre, subject to standard due diligence items including an environmental site assessment, appraisal and board approval. The property appraised for $865,000.

In a special meeting Monday, the board unanimously authorized staff to purchase the land for $864,900.

Northwest National has one runway but plans show a second runway east of the terminal in the future. When, and if, a second runway is needed will depend on how quickly passengers increase. A second runway isn't expected to be needed for 20 years or more, officials said. On the other hand, changes in aircraft and technology could push that date back or even make a second runway unnecessary, according to Mead & Hunt.

The airport board has, historically, budgeted about $1 million per year for land acquisition but bumped that up by $4 million this year, according to Tim O'Donnell, chief financial officer. Board members have spent about $2 million buying land so far this year, he said.

Airport officials have said they are concerned if they wait too long to buy property around the airport, the cost might become prohibitively expensive, especially if it's developed.

In February, the board recommended staff proceed with buying 83 acres on Pinalto Road, just southwest of the airport, for $1.4 million. That land adjoins airport property and was identified for acquisition in earlier plans. The land is zoned for residential use, but it tends to be a loud area because it is near the south end of the runway, officials said.

The board also told staff to proceed with buying just more than 20 acres with a house at Brush Arbor and Arkansas 264. Aaron Burkes, CEO of Northwest National, said the purchase is moving along after receiving a favorable appraisal.

The airport owns about 2,400 acres. It started with 2,084 acres but has bought adjacent land as it became available over the years, according to Kelly Johnson, chief operating officer.

Increased residential development around the airport in particular has been a growing concern. Officials fear it will lead to problems with complaints and lawsuits over the noise associated with airplanes flying over those properties.

Airport officials began a concerted effort last fall to discourage residential development next to the airport and under the approach and departure areas near the airport.

To that end, Burkes said airport staff continue to work with neighboring communities in an effort to ensure rezonings and development around the airport are compatible and head off potential problems related to noise and height restrictions off the ends of the runway.

"We've got Ryk Dunkelberg and his team, Mead & Hunt, working on the updated noise study for us right now," Burkes said. "That will define the contours of exactly what we need to protect."

Part of that effort is to help neighboring municipalities develop their own land-use plans, overlay districts and such needed to make sure development around the airport is compatible, Burkes said.