OPINION | REVIEW: Rep's energetic 'Into the Woods' is better experienced than explained 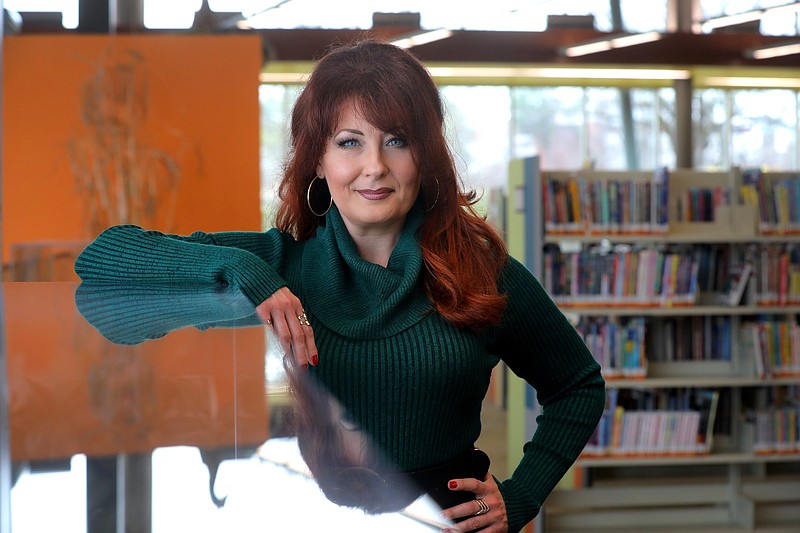 Miranda Jane plays the Witch in "Into the Woods" at the Arkansas Repertory Theatre. The show runs through May 8. (Special to the Democrat-Gazette/Stephen Thornton)

Don’t try to make sense of the musical “Into the Woods” before seeing it. Plot summaries, no matter how detailed, can’t come close to capturing the weird, wild, mystical and moral complications of this curious musical, which opened at Arkansas Repertory Theatre on Friday.

There’s little point in trying to figure out where the story is going. Only the Brothers Grimm, the oddities who created the fairy tales on which it’s based — including “Little Red Riding Hood,” “Jack and the Beanstalk,” “Rapunzel,” and “Cinderella” — might know. And although there are plenty of light moments, remember: Fairy tales were never meant for kids.

The production (two hours, 40 minutes, with a 15-minute intermission), guided with authority by director Addie Gorlin-Han, follows a childless baker (Jacob Keith Watson) and his wife (Ximone Rose) in their efforts to begin a family, thwarted by a witch (Miranda Jane) who has placed a curse on the baker’s father years earlier. To break the spell, the witch demands that they find four ingredients in the woods within three days: a cow as white as milk, a cape as red as blood, hair as yellow as corn, and a slipper as pure as gold and bring them to her.

The results of their actions aren’t, as Jimi Hendrix put it, “butterflies and zebras and moonbeams and fairy tales.” Although the first act allows all sorts of bad behavior to go unpunished, there are — as the second act makes clear — cosmic consequences.

There’s an abundance of energy throughout, cleverly presented via an interactive set design by An-Lin Dauber that allows for three scenes to take place at one time. She’s also responsible for an original approach to costumes, including the use of Jethro Tull-ish codpieces on a couple of randy royal princes prancing across the stage.

You’re never seen birds portrayed as whimsically and oddly accurately as they are here, summoned by Cinderella (Erica Durham) to aid in taking down a giant (voiced off-stage by Hillary Rodham Clinton) who is the catalyst for all the troubles of characters such as ditzy Rapunzel (Hannah Gothard), Jack of beanstalk fame (William Romain), and Little Red Ridinghood (a dynamic performance by Annslee Clay).

Holding the plot together is the Narrator (Monica Clark-Robinson), who tries to keep a journalistic aloofness from the frenetic action: “I tell the story,” she says. “I'm not a part of it.”

Musical director Michael Rice, perched above the fray in an orange box along with the rest of the musicians, herds this high-energy cast through a detailed landscape of catchy music and lyrics by Stephen Sondheim. Foot-tapping is inevitable.

The production continues through May 15 at Arkansas Repertory Theatre, 601 Main St., Little Rock. Ticket prices range from $25 to $80. Masks are encouraged but not required at all performances.