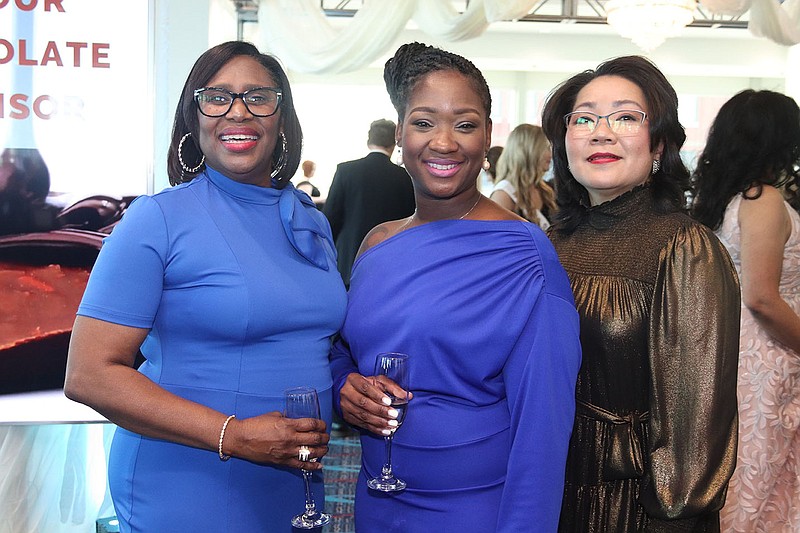 "Chocolate will taste a little sweeter at Chocolate Fantasy Ball 2022, because we will be together celebrating the 40th birthday of Ronald McDonald House Charities of Arkansas!" trumpeted the Little Rock-based agency, which provides a "home away from home" for families with critically ill children in local hospitals.

And yes, many wanted to get in on the celebration -- especially as the ball was postponed from February. It was a sold-out event April 9 in the Wally Allen Ballroom of the Statehouse Convention Center with more than 850 attendees. After all, where else can one spend the pre-event reception nibbling every chocolate treat known to man -- served by pageant queens, no less -- and even sip chocotinis while perusing a plethora of silent-auction items?

Susie and Charles Morgan were event co-chairs and Craig O'Neill was master of ceremonies (yes, he's still telling that medical-marijuana joke) for a night during which RMHC honored the McDonald's ArkLaTx Co-op for 40 years of support. Eliecer Palacios, longtime owner-operator in Little Rock and a Ronald McDonald House board member, accepted the award on behalf of the co-op.

The program also included educating attendees about the role of the Ronald McDonald House and delving into its four decades of existence. A Share-a-Night feature garnered more generous donations. Also featured were a live auction and a raffle that involved keys given to buyers; the winning key opened a door to a diamond bracelet from Sissy's Log Cabin.

Guests carried chocolate treats home with them in generous-size to-go boxes. Some attendees went to a benefit after-party at nearby 109 & Co.

According to a RMHC social-media post, more than $720,000 was raised -- all of which goes to help Central Arkansas families.