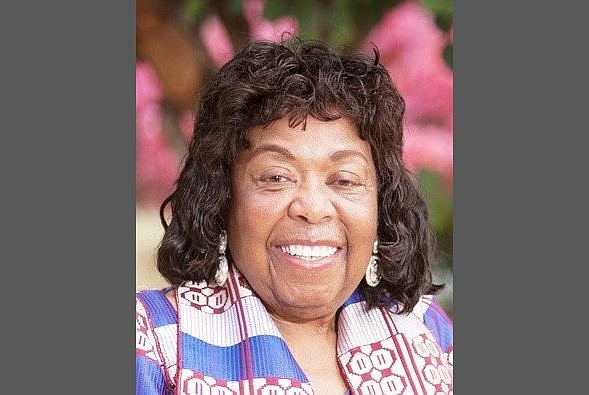 Jefferson County native Mildred Dalton Hampton-Henry, Ph.D., recently published her memoirs, "From the Ashes I Rise: Dare to Do the Impossible."

The book not only tells about Hampton-Henry's life, but it also mentions the rich history and contributions of Pine Bluffians, according to a news release.

She is the last surviving grandchild of Ulysses Grant Dalton I of Tamo, Ark.

"The 328-page book, 'From the Ashes I Rise: Dare to do the Impossible,' by Dr. Mildred Dalton Hampton-Henry, chronicles Henry's midwife-assisted birth, and outhouse in 1933, to the Insurrection Day In America in 2016," according to the release.

"The reader shares the writer's experiences of chopping cotton, milking cows, slopping hogs, and other lifestyles. Along the journey, the farm and the cotton gin and general store that was built by Ulysses Grant Dalton I, at Tamo, Ark., was torched and burned three times. The historical records of entrepreneurial ventures of Grandfather Dalton and Blacks at Southbend, Ark., were lost, stolen, and strayed. However, the ashes did not kill the dream," according to the release.

"From the Ashes I Rise: Dare to Do the Impossible" also gives the reader a glimpse of a Black Renaissance in Pine Bluff and mentions some of the many prominent families, such as the Brantons and Flowers.

Also mentioned are St. John AME Church and St. Andrews Episcopal (dubbed The Blue Vein Church), which were part of the religious experience.

"Booker T. Washington said 'cast down your bucket where you are' and the author did just that in San Bernardino, California. While a professor at CSUSB, she organized a non-profit organization and provided community-based education, vocational training, job placement, homeless shelters, and many other services. The first charter school approved by the San Bernardino City Unified School District in 2000, The PAL Charter Academy, is still operated by Provisional Educational Services Inc." according to the release.

"And the beat goes on," Hampton-Henry said.

"From the Ashes I Rise: Dare to do the Impossible" is available on Amazon.com.